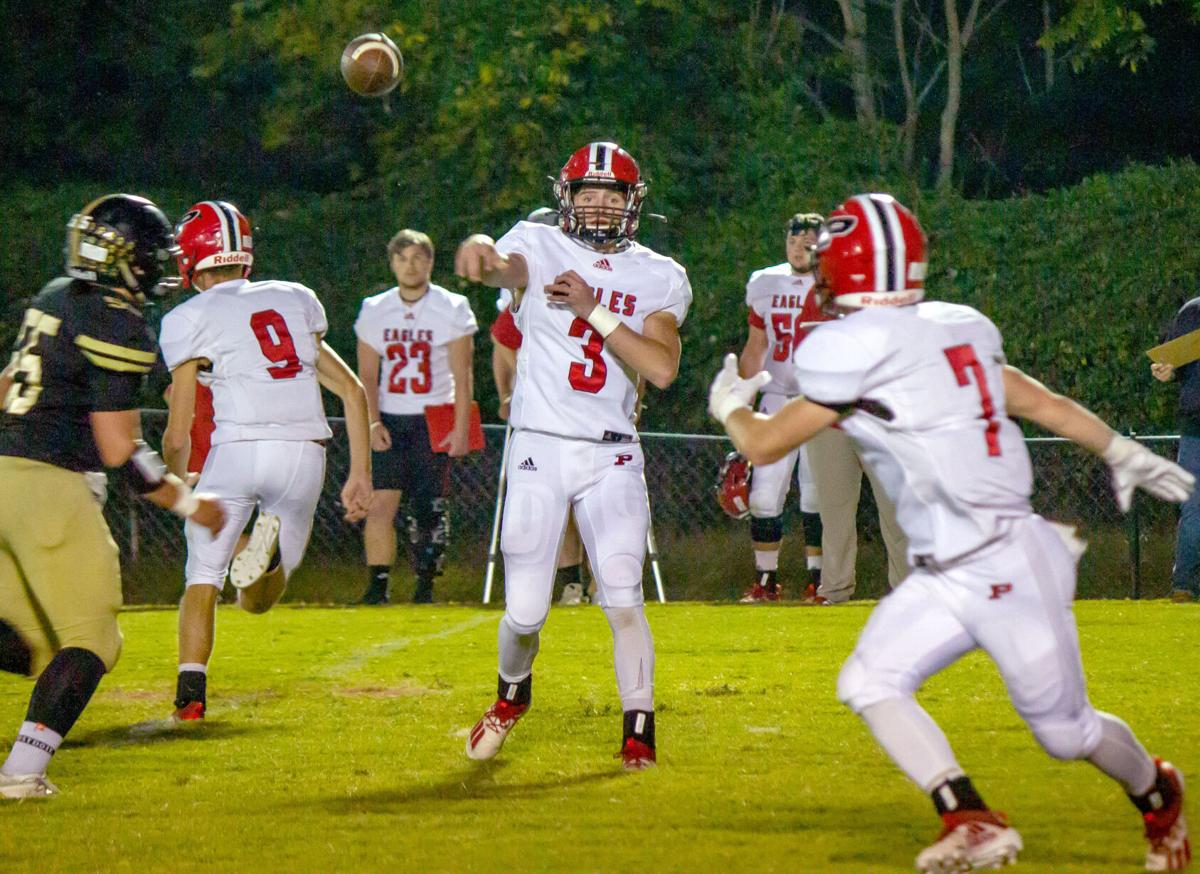 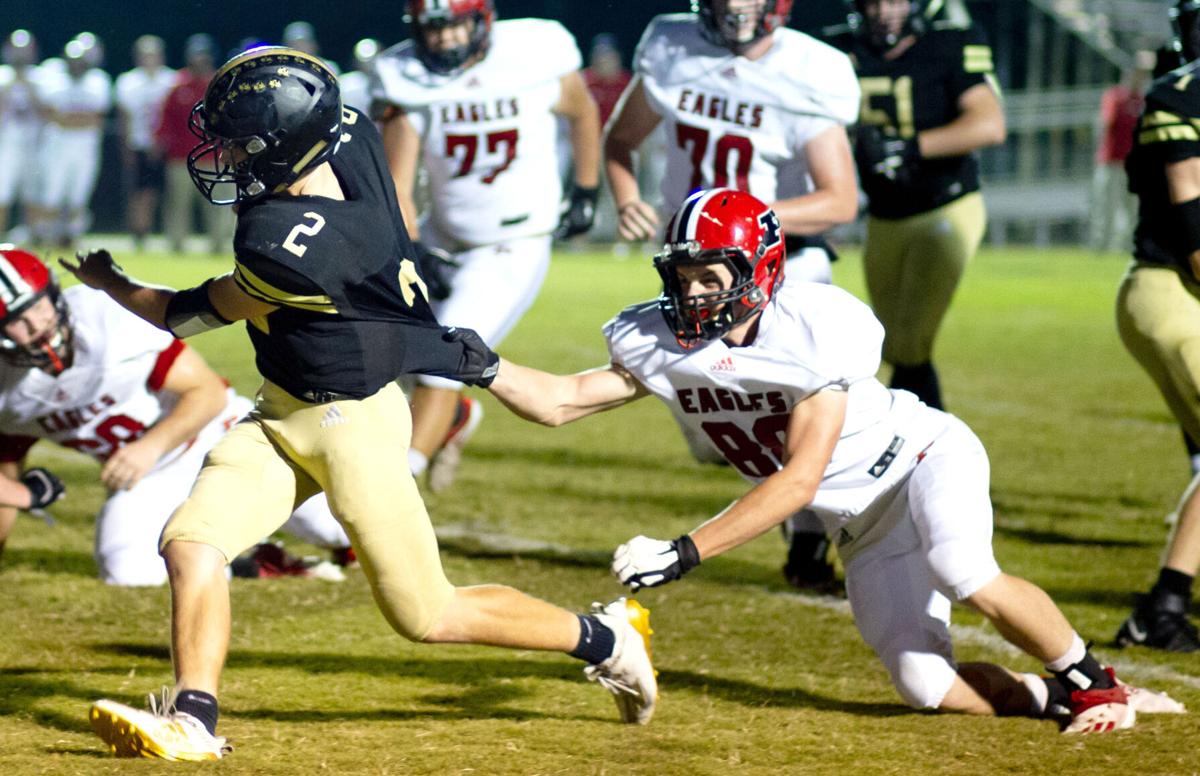 The Pisgah football team used a second-half comeback to keep itself in prime playoff position.

The Eagles rallied from a 13-point halftime deficit to defeat host Ider 34-27 in overtime in a Class 2A Region 7 matchup Thursday night at Ider High School’s Wayne C. Hardman Stadium.

The win kept Pisgah (2-5, 2-2) remained in control of its playoff destiny with region games remaining against Section next week and at Tanner on Oct. 23.

The Eagles held Ider scoreless over the final two quarters and overtime period after the Hornets scored touchdowns on all four of their first-half possessions.

“I challenged our kids at halftime. Defensively, we hadn’t stopped a soul,” said Pisgah head coach Luke Pruitt. “We changed what we did and the kids made the adjustments. I’m proud of them. They kept believing.”

Pisgah tied the game at 27-all with 1:05 remaining in regulation. The Eagles then took a 34-27 lead on the first play of the overtime session on Fox Tinker’s 10-yard touchdown run and John Burke’s PAT.

It was Pisgah’s second overtime win this season. The Eagles defeated Whitesburg Christian 42-41 in double overtime on Sept. 18.

Thursday’s game was the 45th meeting between Pisgah and Ider, but the first since 2009.

Tinker then recovered a pooch kick that Ider failed to cover on the ensuing kickoff, and Pisgah turned the extra possession into a 14-7 lead on Tinker’s 4-yard touchdown run with 1:40 left in the first quarter.

But in the second quarter, Ider got a 7-yard touchdown run from Robinson and touchdown runs of 22 and 54 yards from Norman to take a 27-14 halftime lead.

Pisgah reached the Ider 1-yard line with 7 seconds left in the first half, but a penalty pushed the Eagles back to the 16-yard line and they failed to score before the first half ended.

Unfazed, the Eagles pulled within 27-21 late in the third quarter on Tinker’s 16-yard touchdown run, which came one play after Mason Holcomb’s 39-yard pass to Grant Smith.

In the fourth quarter, Pisgah drove to the Ider 5-yard line before turning it over on downs. But the Pisgah defense forced a three-and-out, making Ider punt from deep in its own territory, and the Eagles started their tying drive from the Ider 40-yard line. Tinker converted a fourth-and-1 with a 2-yard gain, and four plays later, and following a 10-yard loss on a sack, Holcomb hit Tinker for a 28-yard pass to the Ider 1-yard line. Two plays later, Parker Law scored from 1 yard out to tie the game.

“Our offense answered the bell,” Pruitt said. “They got it rolling.”

On its ensuing possession, the Hornets reached the Pisgah 31-yard line before its halfback pass was intercepted by Tinker near the Pisgah goal line to send the game to overtime.

Robinson ran for 133 yards and two touchdowns on 23 carries while Norman had 103 yards and two scores for Ider, which managed just 61 total yards in the second half.