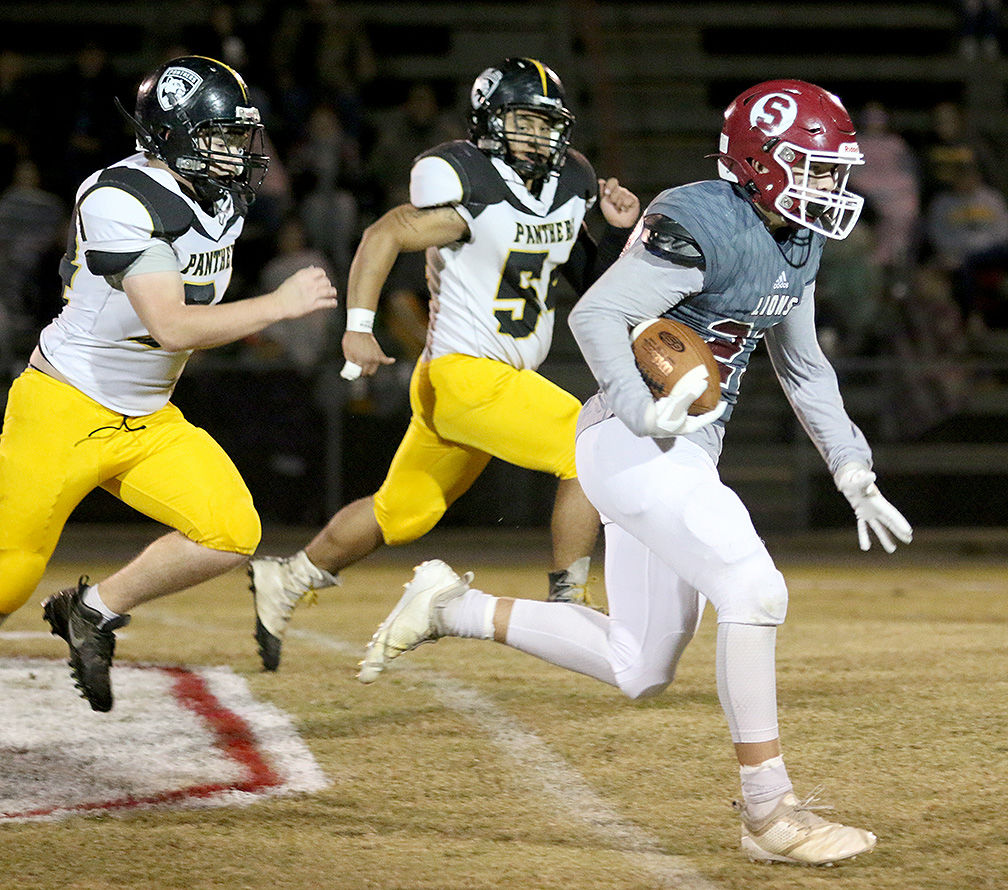 Woodville defenders give chase as Drake McCutchen breaks away for a 59-yard touchdown run on Section's first offensive snap during its 28-14 win Friday night. 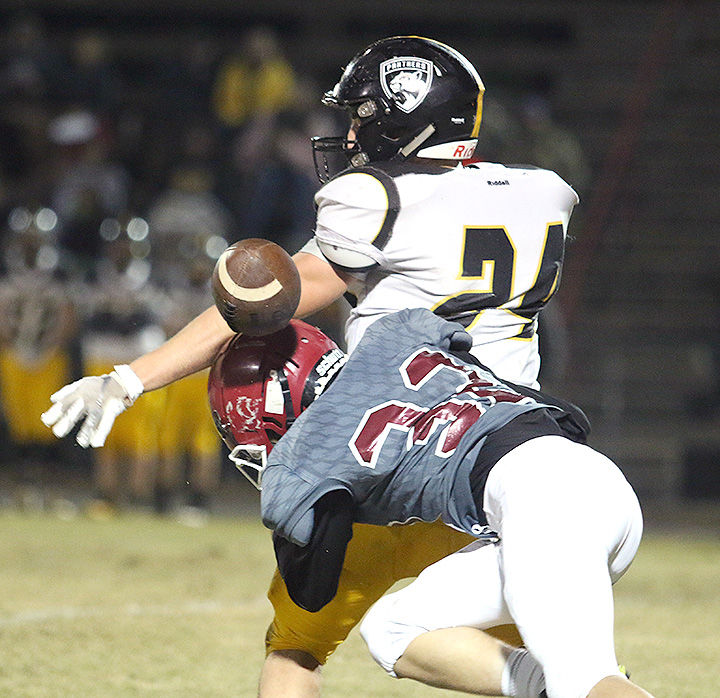 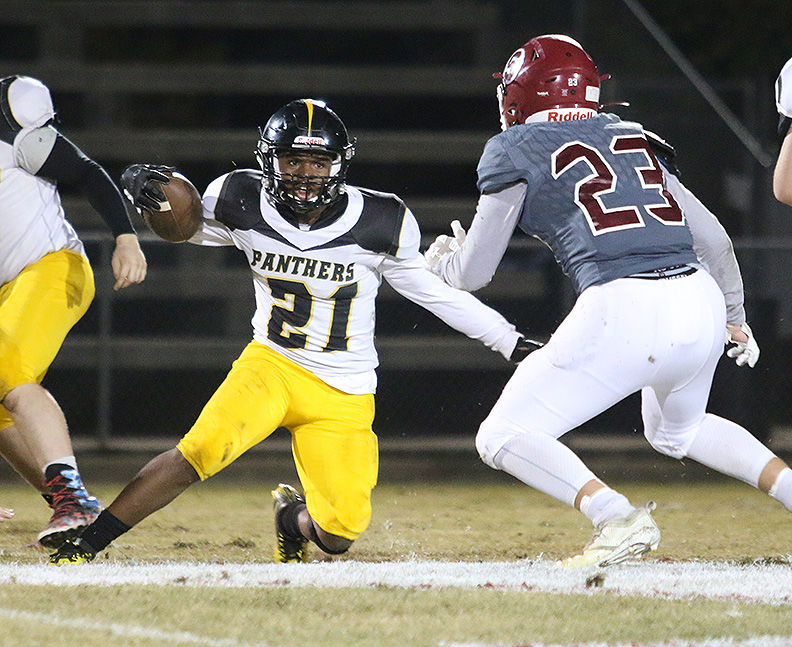 Woodville defenders give chase as Drake McCutchen breaks away for a 59-yard touchdown run on Section's first offensive snap during its 28-14 win Friday night.

But those pains did mean the Lions were growing, he pointed out. And Friday night, Section got a boost toward next season.

The Lions closed out their 2019 season with a 28-14 win over playoff-bound Jackson County rival Woodville at Section Stadium.

Section (3-7) won two of its last three games and heads into the offseason with a winning taste in its mouth.

“It’s good momentum for us heading into the offseason,” said Hammon, whose team loses only five seniors. “We’ve got a lot of young guys, so this win was crucial. It’s a big win. We’re glad we got this win for our seniors, glad they got to go out with this (win).”

Woodville (4-6) took an early 7-0 lead but back-to-back turnovers halted the Panthers’ next two possessions, and Section made them pay by scoring 21 unanswered points to end the first half. The Panthers outgained Section 331-240, but committed three turnovers and had a punt blocked.

“We had some things working but just made mistakes. When we’ve lost, we’ve made mistakes and been forced into mistakes,” said Woodville head coach Jay Powell said. “Section, tip your hat to them. Their coaching staff’s built a good foundation. We’ve just got to regroup and get ready for next week.”

Woodville plays at top-ranked and defending state champion Mars Hill Bible in Round 1 of the Class 1A playoffs in Florence on Nov. 8.

The Panthers jumped in front 7-0 less than three minutes into the game on Da’vion Johnson’s 4-yard touchdown run and the first two Carlos Torres’ two PATs, but Drake McCutchen had a 59-yard touchdown run on Section’s first offensive snap and Leo Viljanen’s booted the first of his four PATs to tie the score.

After Kade Harper recovered another Woodville fumble early in the second quarter at the Section 16 — the Lions’ Cameron Summerford recovered one earlier in the first quarter — Section drove 84 yards on 10 plays with McCutchen scoring from 11 yards out to push the Lions ahead 14-7. After Section senior Cole Strawn blocked Woodville’s kick quick punt, the Lions turned the short field into a four-play, 24-yard scoring drive capped off by JR Walker’s 6-yard touchdown run with 2:12 left in the half. Section upped its lead to 28-7 early in the third quarter when Walker scored on another 6-yard touchdown run.

Woodville pulled within 28-14 on Johnson’s 26-yard touchdown run with 3:26 left in the third quarter, but Section put together a 17-play drive that although it ended at the Woodville 1-yard line midway through the fourth quarter, it did manage to milk more than 10 minutes off the clock.

Woodville then drove all the way to Section 1 before fumbling at the goal line. Jace Holcomb recovered the fumble for Section and then took three kneel downs to run out the clock.

McCutchen finished with 164 yards on 17 carries for Section while Holcomb had 38 yards and Walker 33 yards Holcomb also passed for 19 yards. Jackson Peek ran for 112 yards and also threw for 89 for Woodville while Johnson rushed for 89 yards on 15 carries.