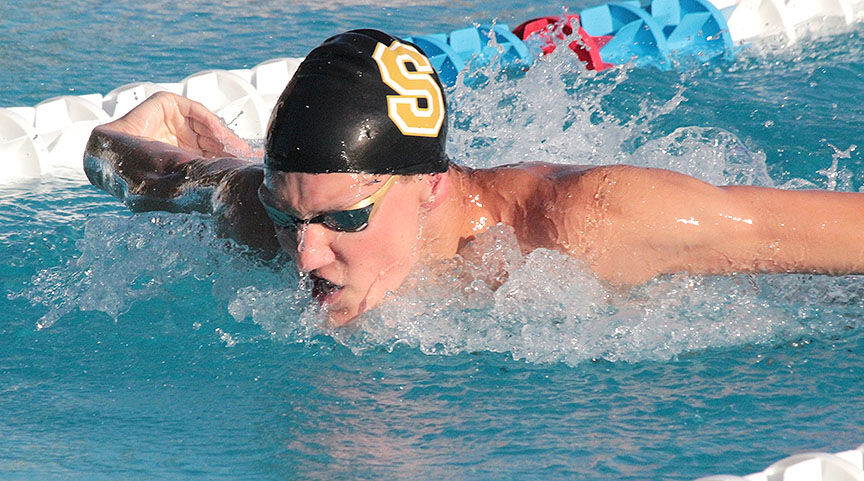 Levi Webb and Scottsboro are set to swim in the 2020 AHSAA State Swim Championships this weekend in Huntsville. 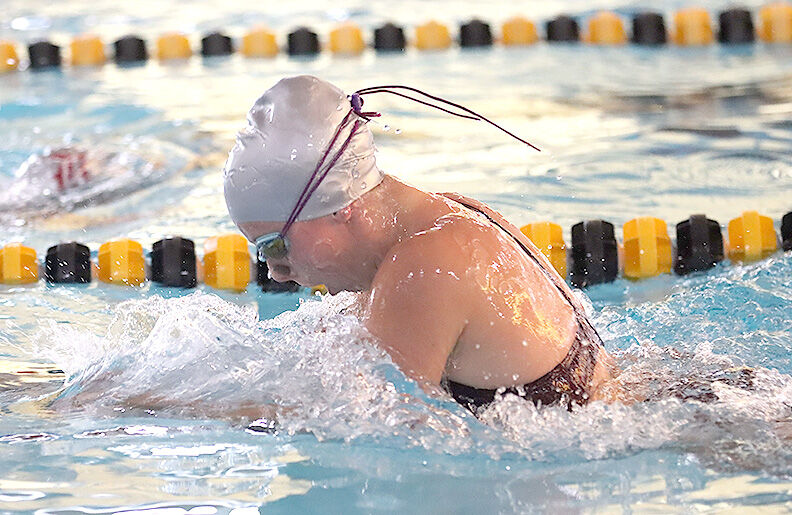 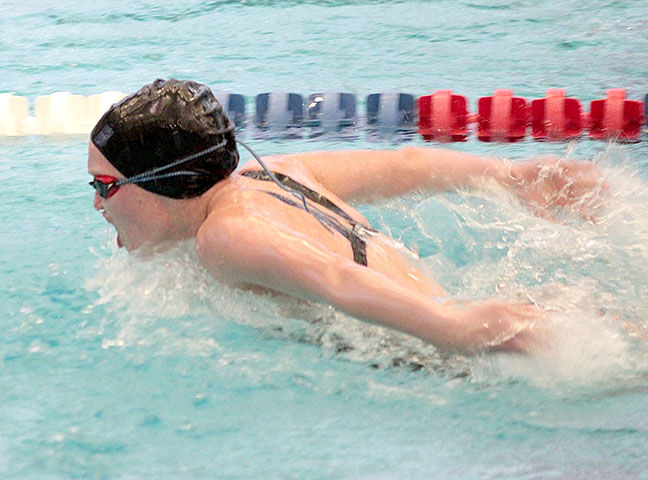 Scottsboro's Paige Giles will swim in the AHSAA state meet on Friday.

Levi Webb and Scottsboro are set to swim in the 2020 AHSAA State Swim Championships this weekend in Huntsville.

Scottsboro's Paige Giles will swim in the AHSAA state meet on Friday.

Swimmers from Scottsboro and Section will swim for state titles this week.

The state meet is normally at Auburn University, but was moved to the Huntsville Aquatics Center because of the COVID-19 (coronavirus) pandemic. The AHSAA also eliminated sectional meets and lowered the minimum time standards, making it more difficult for swimmers to qualify and thus reducing the number of swimmers at state.

That change left the Scottsboro varsity girls team with just one state qualifier, Paige Giles, who will swim in the Class 6A-7A 100-yard Backstroke.

“All of our athletes took a double hit this year, moving up to 6A and then having the time standards to qualify for state increase in difficulty,” said Scottsboro varsity girls head swim coach Shalyn Benson. “Paige is our most seasoned swimmer and was able to qualify with the exact time needed and nothing less. AHSAA intentionally made the time standards so difficult that it would limit the amount to qualify to limit the amount inside the facility. In my opinion, they could have put in a little extra work and extended the meet by extra days to be fair to the athletes. It's hard when they change the rules of the sport mid-season.  Paige has put in the work and has the heart and drive she needs. She'll do great. I have no doubt.”

“I believe our athletes will finish in the Top 8 in the events they competing in,” said Scottsboro varsity boys swim coach Mark Richard. “We have had great success this season including our Boys Team winning North Alabama Championships and being top finishers at several other large meets. We had several other boys who were just short of hitting the insane qualifying times this year.”

Section — Maggie Ella Robbins will swim in the Class 1A-5A girls state meet for Section, competing in the 50-yard Freestyle and the 100-yard Butterfly.

Robbins, whose posted numerous wins this season in various events, will try to claim state titles for the first year Section program.

“The keys to a state championship are the months of consistent practice leading up to the championship meet, being coachable,  and giving maximum effort during every set at every practice,” the coach said.