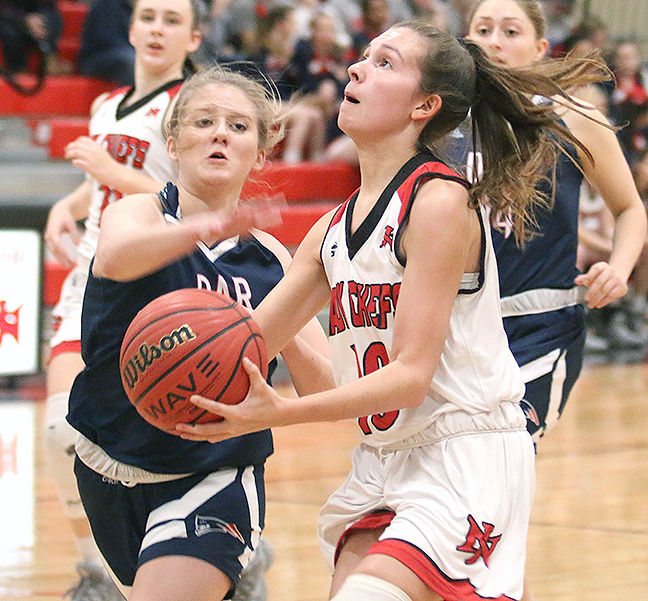 Alexis Moore goes to the basket for a bucket during North Jackson's 70-55 win over DAR. 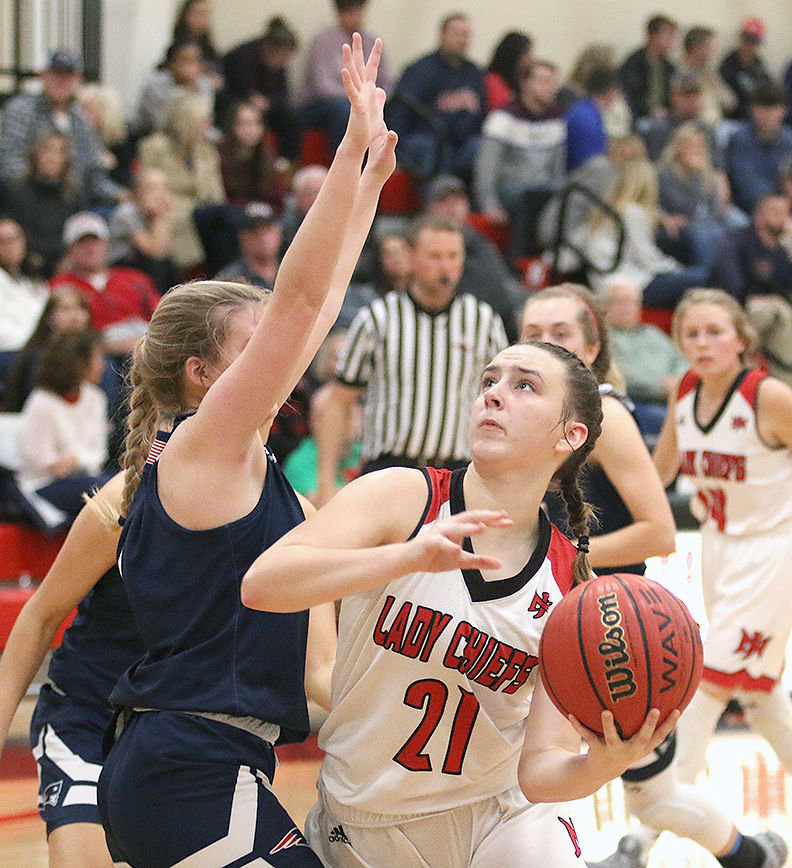 North Jackson's Summer Varnum scoops a shot up off the backboard against DAR.

Alexis Moore goes to the basket for a bucket during North Jackson's 70-55 win over DAR.

North Jackson's Summer Varnum scoops a shot up off the backboard against DAR.

“We played too sloppy in the first half,” Brown said. “I challenged (the platers) at halftime to go out and cut down on the turnovers and start rebounding, stop letting (DAR) push us around inside.”

North Jackson was the one doing the pushing in the second half, rolling to a 70-55 Class 4A Area 14 victory over the visiting Patriots Friday night in Stevenson.

North Jackson (6-5, 1-0) won for the sixth time in its last seven games while winning an important area matchup against the team it has defeated in the area tournament championship game the past two seasons.

DAR tied the game at 23-all on its first possession of the third quarter, but Morgan drained back-to-back 3-pointers, Dunn converted a 3-point play and Smith swished a trey to push North Jackson’s lead into double figures. DAR never got closer than nine the rest of the way, trailing 45-35 after three quarters. North Jackson led by as 20 points in the fourth quarter.

“We hit some outside shots in the second half, kind of opened it up and we were able to get some cuts to the goal for layups,” Brown said. “We came together as a team in the second half and just played good team ball.”