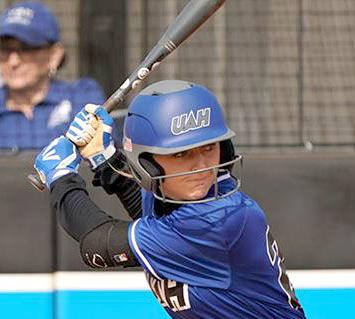 Pisgah alum Kaylee Vaught was batting .359 through 22 games during her freshman softball season at UAH. 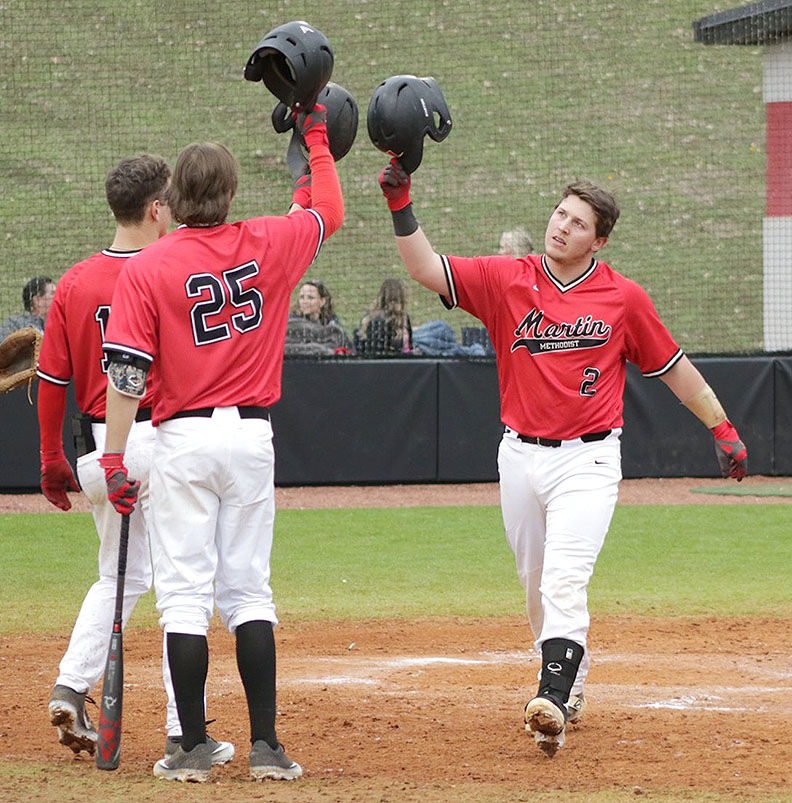 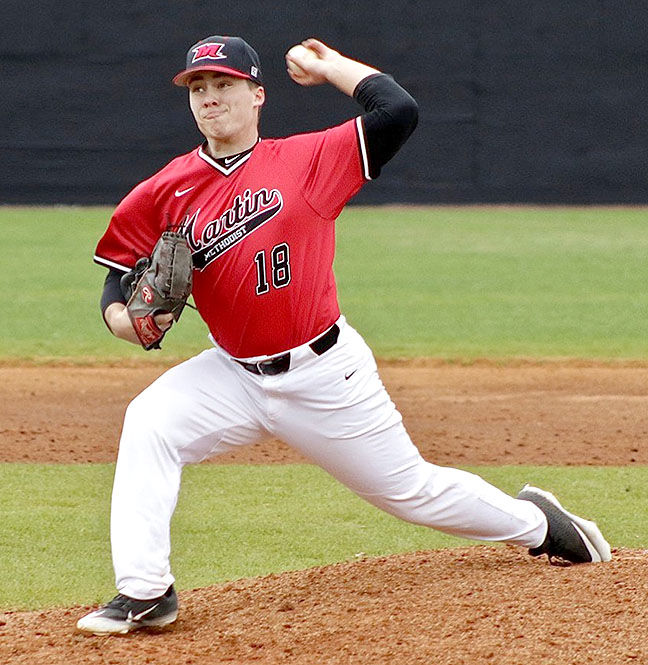 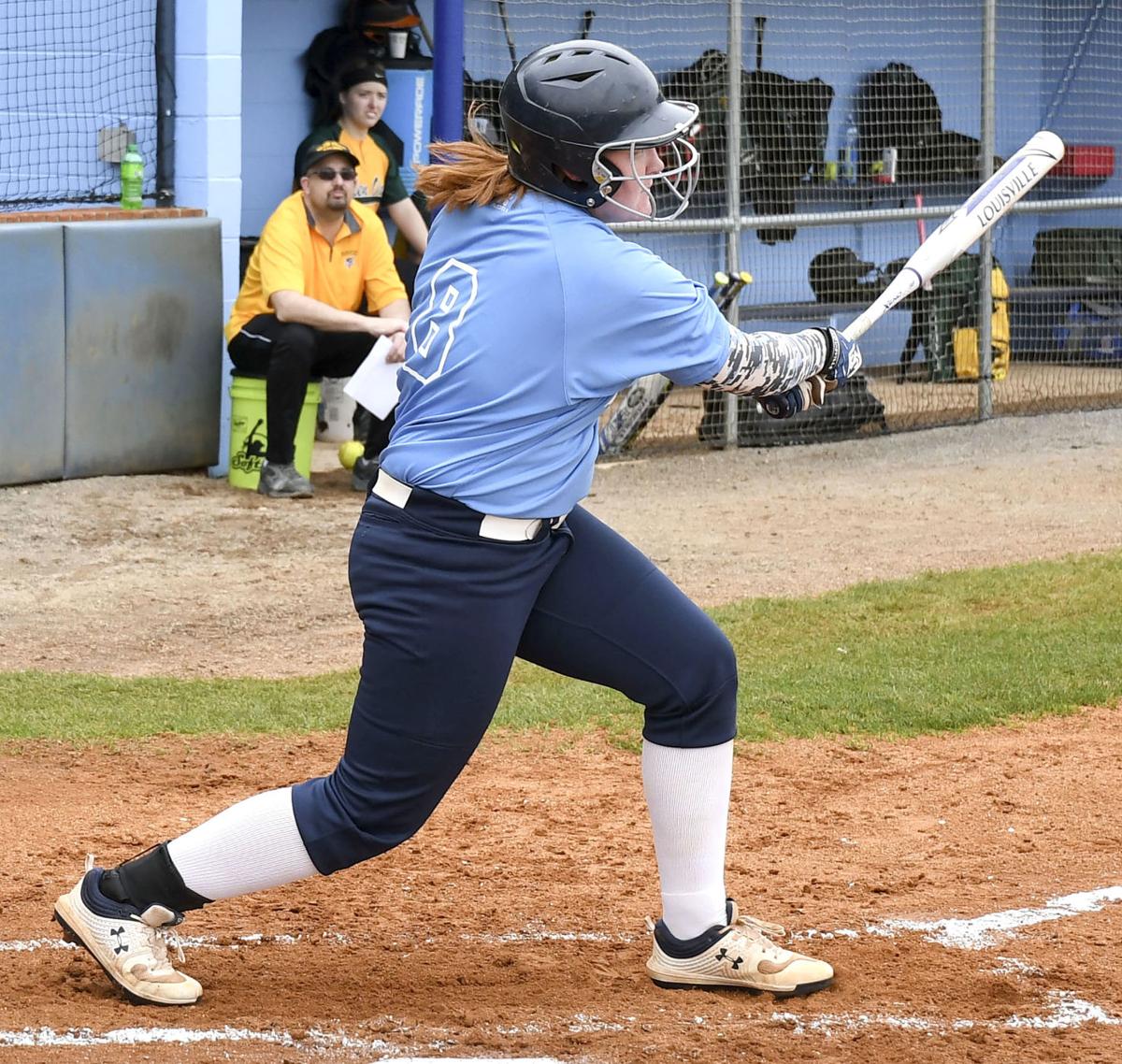 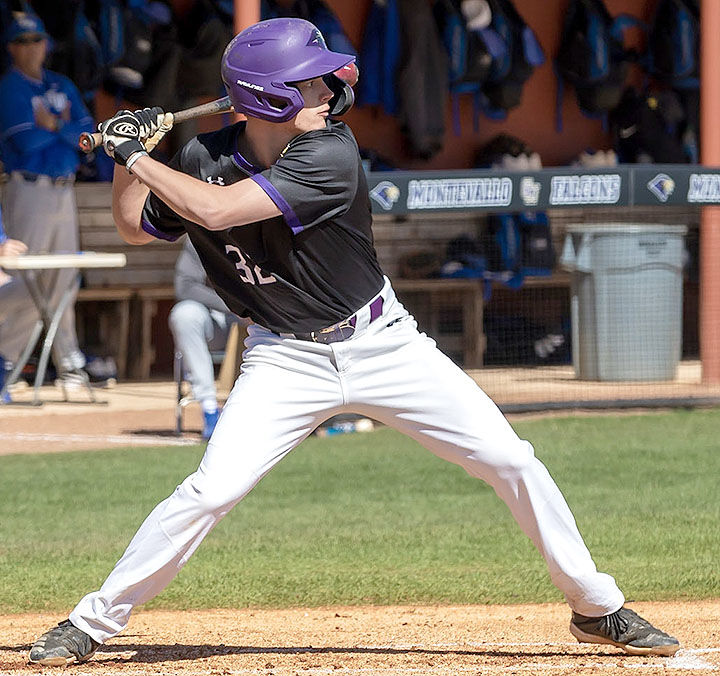 Scottsboro alum Reed Latimer drove in the game-winning run in a Montevallo victory over Trevecca Nazarene. 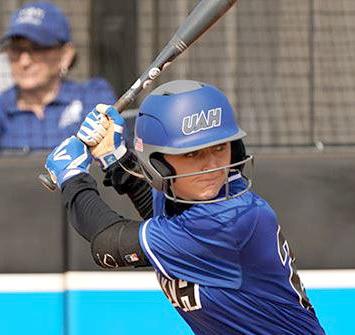 Pisgah alum Kaylee Vaught was batting .359 through 22 games during her freshman softball season at UAH.

Scottsboro alum Reed Latimer drove in the game-winning run in a Montevallo victory over Trevecca Nazarene.

Jackson County had a number of athletes that competed in baseball, golf, softball and track and field this spring before the COVID-19 (coronavirus) pandemic forced the cancellation of the rest of the spring sports season.

Here is a summary of how those athletes fared at the collegiate level this season:

Dylan Barbee, Martin Methodist (North Jackson) — The junior left-hander pitched in 10 games, all in relief, posting a 0-0 record and three saves. Barbee’s ERA was 1.65 and he recorded 16 strikeouts over 16 1/3 innings pitched.

Peyton Grant, Cumberland (Scottsboro) — The freshman infielder did not appear in a game this season.

Drew Kirby, Montevallo (Scottsboro) — The sophomore did not appear in a game this season.

Reed Latimer, Montevallo (Scottsboro) — The freshman infielder started 18 of the 21 games he played in for the Falcons, going 11-for-63 with three doubles, seven runs scored, three walks, three hit by pitches and 11 RBIs. He had the game-winning RBI sacrifice fly in Montevallo’s win over Trevecca Nazarene on Feb. 9.

Tanner Potterfield, Martin Methodist (Scottsboro) — The junior catcher started 12 of the Red Hawks’ 18 games, batting .391 (18-for-46) and posting a .453 on-base percentage. He had two home runs, two doubles, five walks and 14 RBIs. He was a Southern States Conference Player of the Week earlier in the season.

Jay Shirey, UAH (Pisgah) — The redshirt junior infielder appeared in one game for the Chargers this season and was 0-for-1 at the plate.

Zach Belvin, Bryan College (Woodville) — The senior’s season consisted of just one day of play in the Faulkner Invitational, which had its second round rained out before the season was canceled.

Kassidy Cunningham, Northeast Alabama (Scottsboro) — The sophomore played in only one tournament, the Calhoun Invitational, prior to the cancellation of the season.

John Austin Dolberry, Northeast Alabama (Scottsboro) — The sophomore’s season-opening tournament was rained out prior to the season’s cancellation.

Noah Higdon, Northeast Alabama (Scottsboro) — The freshman’s season-opening tournament was rained out prior to the season’s cancellation.

Macy Anderson, Wallace State (Pisgah) — The freshman played in six games for the Lions, batting. 333 with a double, two RBIs and a run scored.

Amber Atkins, Cleveland State (North Jackson) — The freshman catcher had a .463 batting average (25-for-54) with seven home runs, 10 doubles, five walks, 24 RBIs and two stolen bases in 16 games. She also threw out three of the five runners who attempted to steal a base against her. Atkins was the Tennessee Community College Conference Player of the Week earlier in the season.

Makenzi Grider, UTC (Scottsboro) — The sophomore infielder appeared in 19 games, with one start at second base. She made 18 appearances as a pinch runner and scored five runs while stealing two bases.

Caitlin Terrell, Lurleen B. Wallace (Scottsboro) — The freshman pitched in 15 games, including seven starts with two complete games, in the pitching circle, posting a 2-5 record with 14 strikeouts in 44 1/3 innings pitched. At the plate, Terrell had a .391 batting average with five doubles, one home run and seven RBIs.

Josie Thompson, Wallace State (North Jackson) — The freshman pitched in seven games, including six starts, and posted a 4-2 record while allowing only four earned runs and recording 15 strikeouts in 30 2/3 innings pitched. She led the Alabama Community College Conference in ERA (0.91) and was the Alabama Community College Conference Pitcher of the Week in mid-February.

Kaylee Vaught, UAH (Pisgah) — The freshman outfielder batted .359 (23-for-64) with five doubles, one triple, five home runs, nine walks and 16 RBIs in 22 games. She was the Gulf South Conference Freshman of the Week in early March.

John Dalton, UAH (Scottsboro) — In UAH’s only outdoor meet prior to NCAA’s spring sports cancellation, Dalton won both the men’s high jump (1.95 meters) and the long jump (6.90m). The junior was All-South in those events during the indoor season.

Lauren Hamm, UAH (Scottsboro) — The freshman made her outdoor track and field debut for the Chargers by finishing second in the women’s high jump (1.45 meters) and third in the pole vault (3.05m).

Evans Wright, Queens (Scottsboro) — The season was canceled because of COVID-19 before his outdoor season-opening meet.