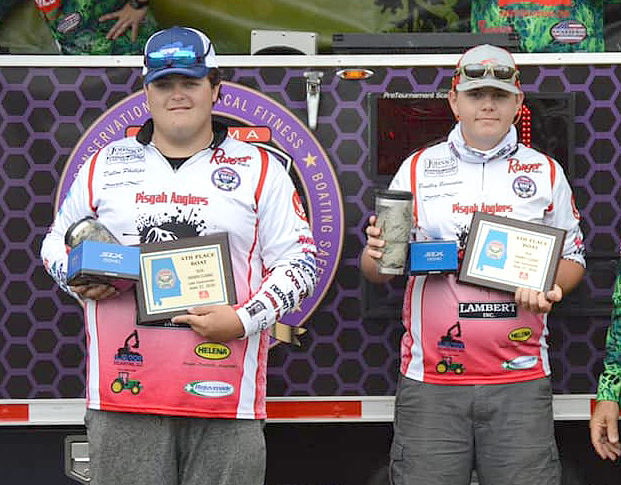 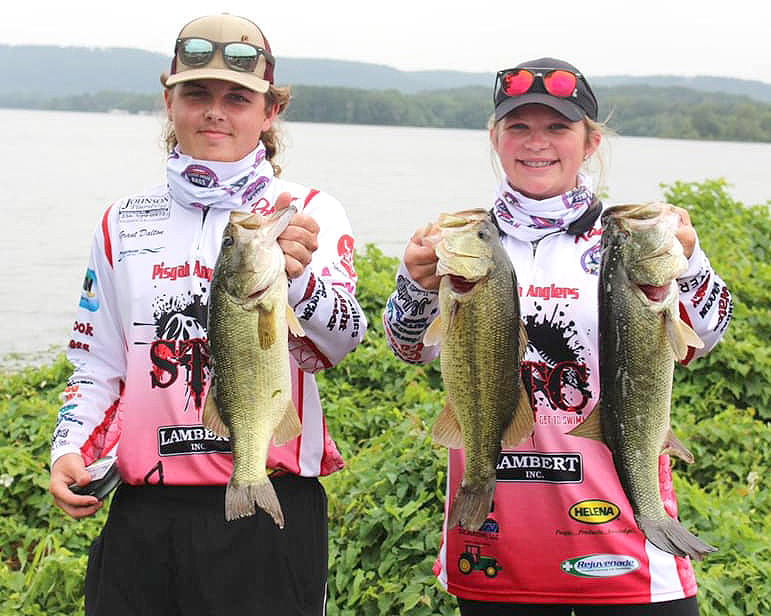 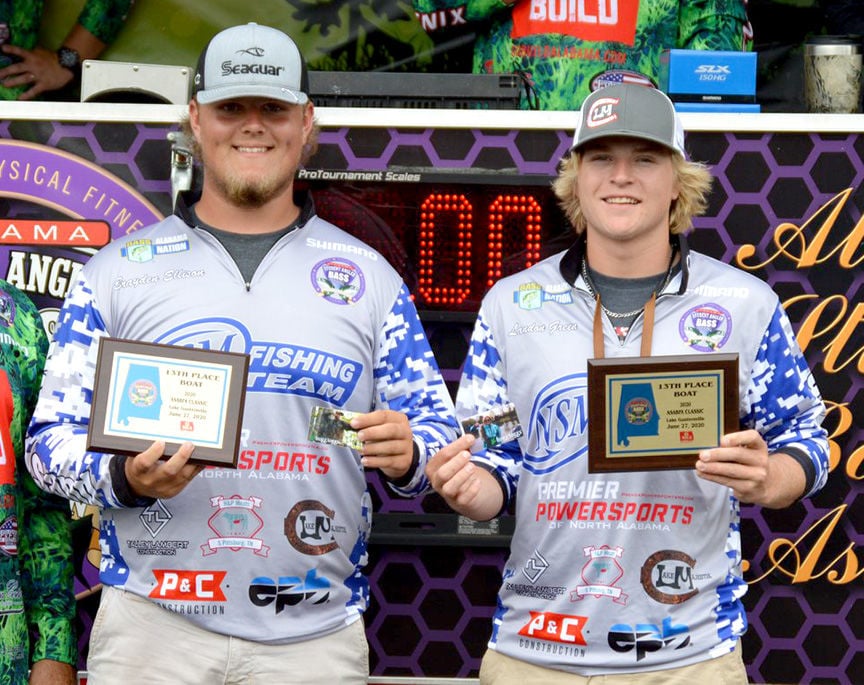 The Pisgah fishing team finished posted a strong finish to close its season.

The Eagles (2,228 points) placed sixth in the ASABFA Classic Team of the Year Point totals. The final standings were compiled following Saturday’s 2020 ASABFA Classic state tournament, which was fished on Lake Guntersville out of Goose Pond Colony in Scottsboro.

The tournaments were originally schedule for this spring but were postponed because of the COVID-19 9 (coronavirus) pandemic.

Pisgah had two angler duos post Top-12 finishes. Brantley Barrentine and Dallon Phillips, who held the tournament lead for a good while during Saturday’s weigh-in, ultimately finished fourth with three fish weighing 12.08 pounds. They had a big fish of 5.65 pounds

“Saturday’s fishing was a really tough because they didn’t start pulling water until later in the day,” said Pisgah coach Emily Smith. “We caught several fish, but they were short of the length required to keep. Brantley and Dallon started off the day with an early four-pound bass caught on a STC swimbait. We found they were just chasing these and ended up fishing most of the day with wacky rigs. Grant and Madelyn caught both of their big fish an hour before weigh-in, so it was close. I am so proud of my girl Madelyn, who finished in the top 15 both days. It was a close one and we needed that one more fish and we would have been in the top spot. They fished hard, all my anglers and my boat captains were fantastic, as always.”

Pisgah won the North District Tournament title on Thursday before getting back on the lake for the ASABFA Classic Saturday.

Smith said Pisgah’s performances both days capped off a hugely successful season for the two-year-old program.

“Despite the chaos of this season, with the record setting floods and COVID-19 shutdowns, the team has had great success,” Smith said. “We finished four that Eufaula and sixth at Wheeler (Lake). I hope this win this week proves to our community that  this team is here to stay and that they are ready to compete with anyone. I hope it shows some kids out there that fishing can be a rewarding sport. Tournament fishing is super tough. It’s not pond fishing and you have to have a skill set and motivation to be successful. I have seen this all season from my kids and boat captains.”

Brayden Ellison and Landon Green teamed up for a 13th-place finish in the ASBFA Classic on Saturday. They caught three fish weighing 10.57 pounds with a big fish weighing 5.94 pounds.

NSM coach Jeremy Moore was proud of the team for bouncing back in the classic after a tough day in the North District Tournament on Thursday.

“The team made adjustments and on Saturday finished 4th out of the entire field of 57 schools fishing the Classic. The team jumped from 36th to 12th in Team of the Year points for the two tournament total.”

Although the season was interrupted by the COVID-19 pandemic,, Moore was glad his seniors got to finish their season with two more chances to fish.

“I am excited that our four seniors were able to finish their senior season with the a fourth-place finish and each earn recognition from ASABFA for making the Classic by receiving a Hammer Fishing Rod. Most of our seniors have fished several seasons and have anticipated their opportunity for this recognition.”