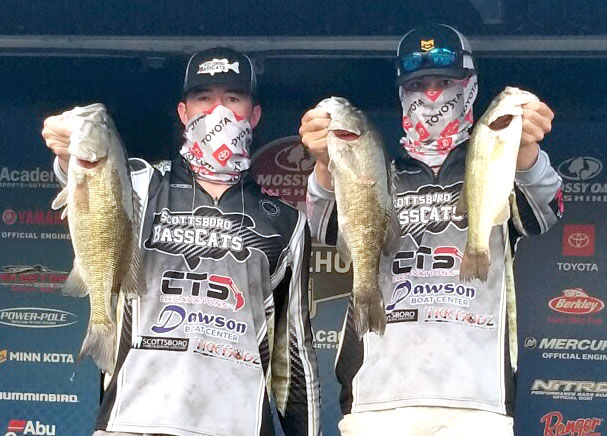 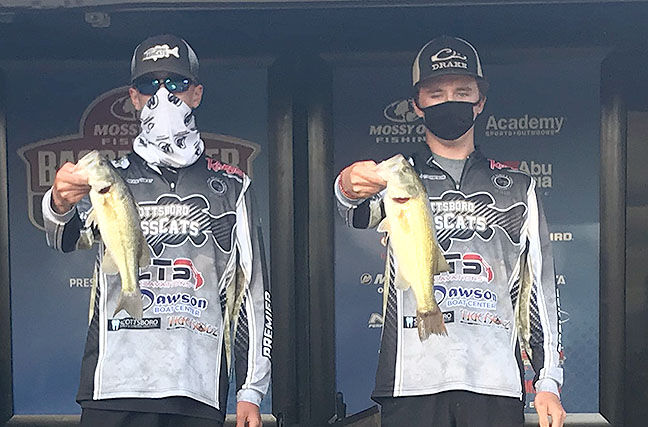 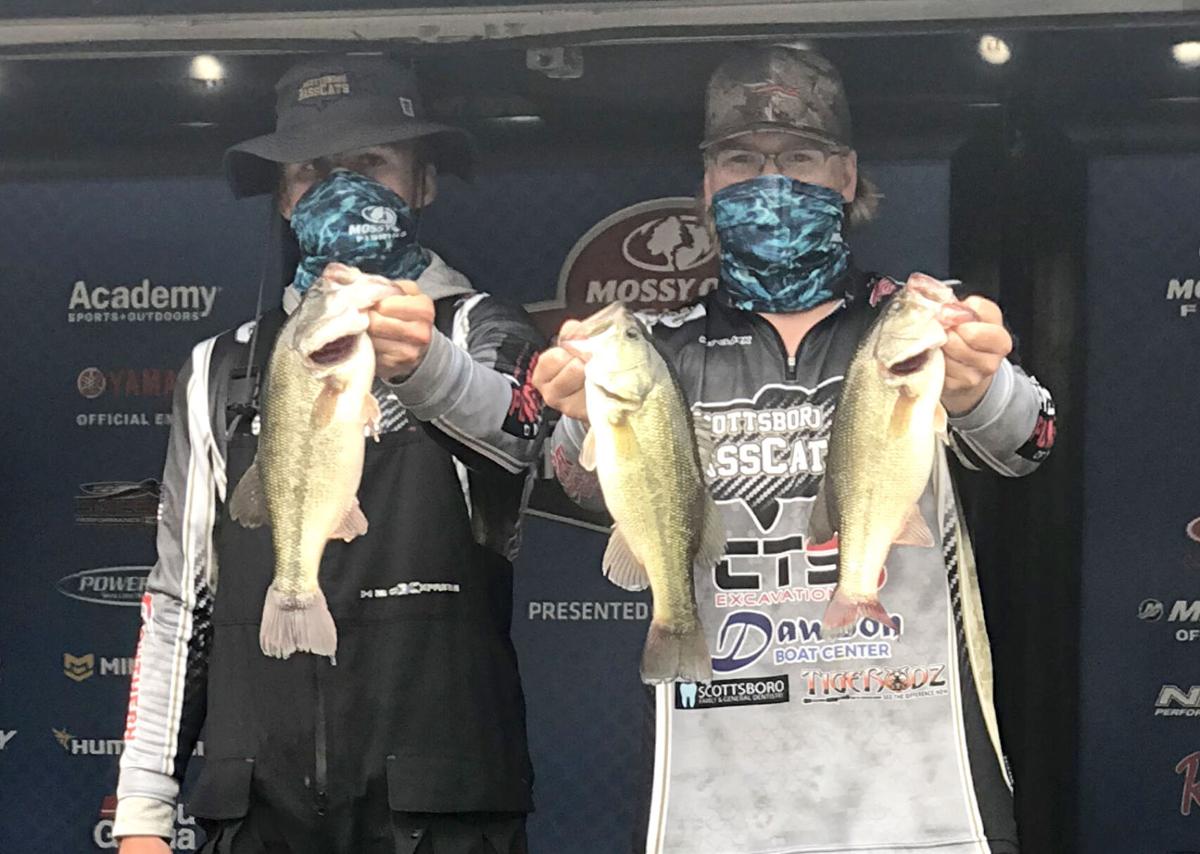 Scottsboro’s Tanner Barclay and A.J. Widgeon posted a 21st-place finish in the 254-boat event with a two-day total — only the Top-12 boats fished Day 3 on Saturday — of four fish weighing 15.5 pounds.

Meanwhile, Kolby Clark and Landon Grider placed 34th with five fishing weighing 13.4 pounds while Cameron Thompson and Grant West were 67th with four fishing weighing 9.3 pounds. Butler Barclay and Connor McLaughlin, who finished second in the B.A.S.S. Alabama State Angler of the Year competition, did not weigh-in a fish.

Scottsboro coach Cully Nelson said a lot of factors went into making the tournament a tough one.

“The biggest one was definitely time of year,” Nelson said of the event, which was backed up from August because of the COVID-19 (coronavirus) pandemic. “It is an odd transition time for fish and water levels. Both of those make it very hard to be consistent.”

Still, Nelson said Scottsboro being so well represented in a national event was impressive for the two-year-old program that won the Alabama 6-team state title back in July.

“You have to be proud of these guys,” he said. “To have four boats to qualify is unthinkable but to have three of four teams finish in the top 25% in the nation is incredible. It is a testament to the dedication of our (boat) captains.”

Only Barclay and Widgeon are not eligible to return for the 2020-21 season for Scottsboro.

“To see them go out with a 21st place finish at nationals is incredible,” Nelson said. “The other three (angler duos) now have a taste of what it is like to be on the biggest stage in high school fishing and I think it is safe to say they all will do whatever they can to make it happen again.”