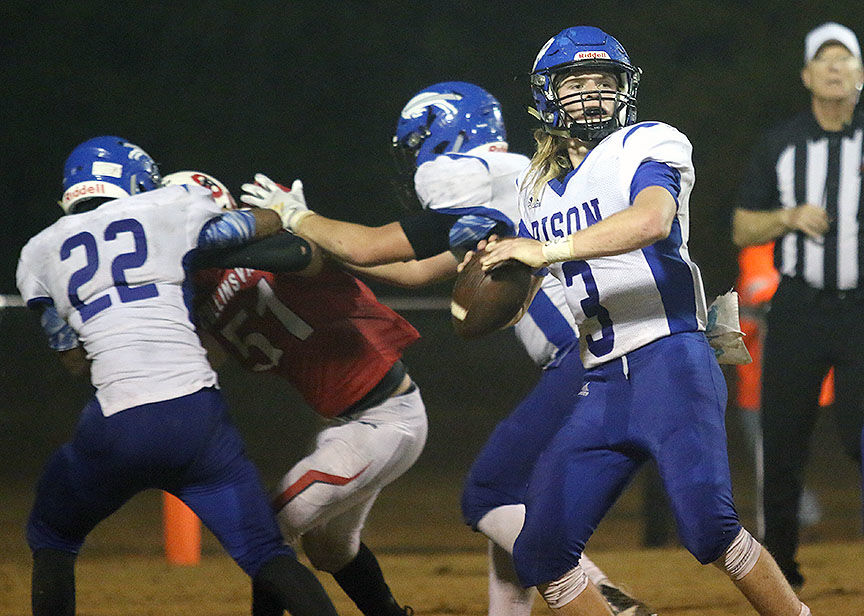 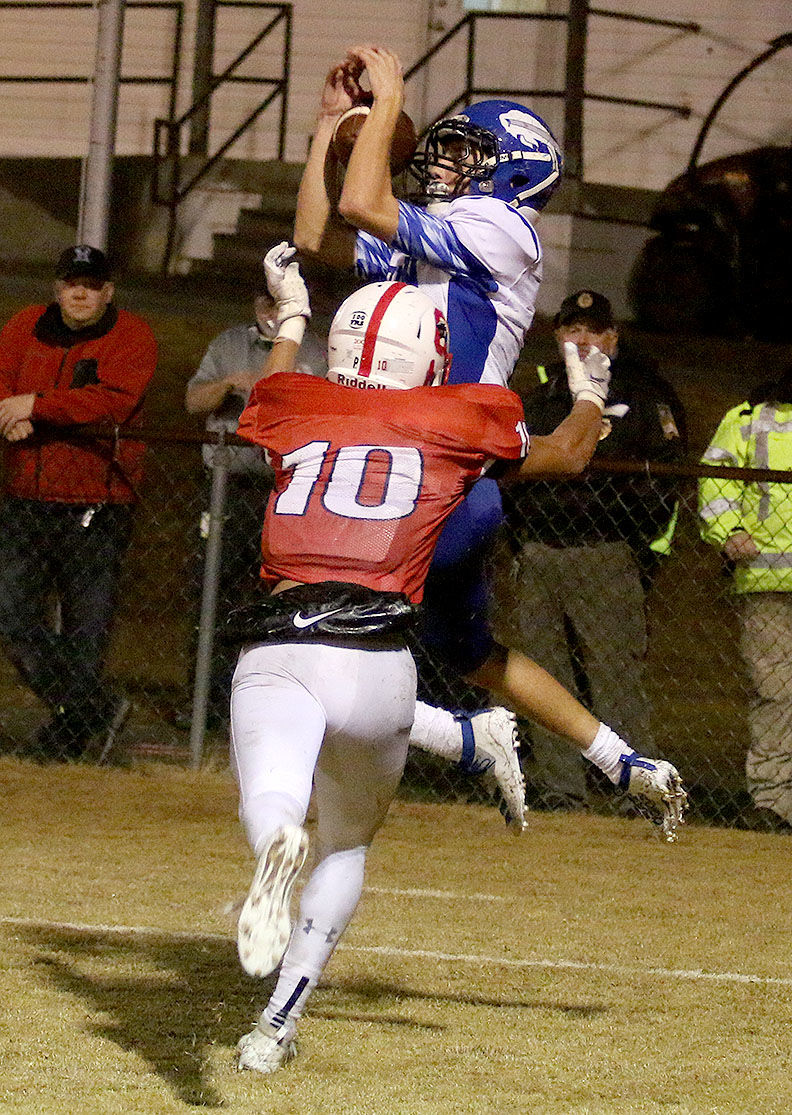 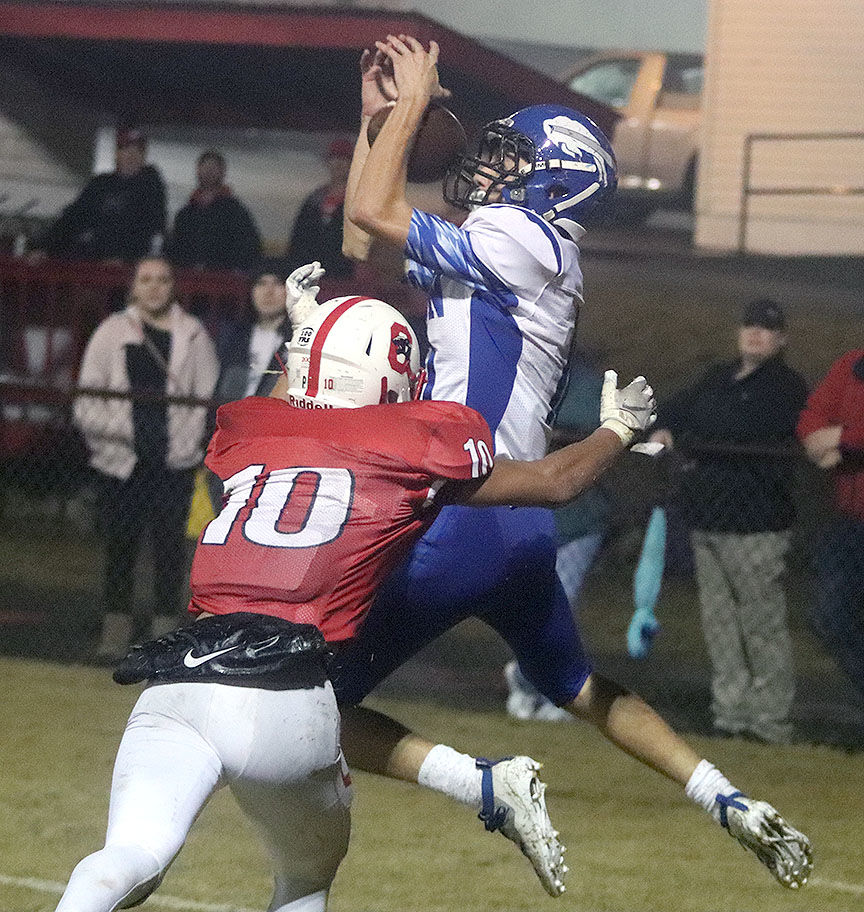 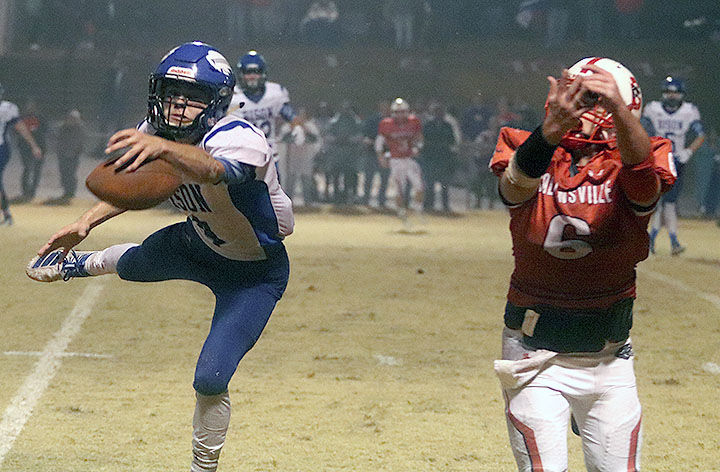 NSM matched scores with No. 3-ranked Collinsville in the first half before the Panthers used a late defensive score to seal a 37-28 win in the Class 2A state quarterfinals Friday at CHS’ Chad Hawkins Stadium.

The game was rematch of a Class 2A Region 8 Collinsville 54-28 victory back on Sept. 6.

Meanwhile, NSM finished 9-4 after making the state quarterfinals for the first time in school history. The nine wins also tie the single-season school record for wins in a season.

“Hats off to our kids,” said NSM head coach Keith Kirby. “I thought our kids fought, fought hard, all the way to the bitter end. I thought they had a heck of a year. I feel like we’ve set the bar higher for the next group coming in. Gives everybody something to work for. It can be done...they got us to the third round, place the school had never been. That’s something they can hang their hat on.”

NSM senior quarterback Landon Green finished 12-of-21 passing for 252 yards and four touchdowns. Culpepper finished with four catches for 137 yards and two scores for the Bison while Damon Gentle had 86 rushing yards on 13 carries and caught two passes for 40 yards.

Michael Tucker ran for 126 yards and three touchdowns on 24 carries for Collinsville, which was outgained in total yards by NSM 387 to 294.

“We started off the year rough, was struggling, but we bounded together midway through the year,” Green said. “We decided we were going to get stuff straight and go out and best we could be every day. It was a nice ride. We set the standards high for (the program).”

Collinsville pushed its lead to 30-21 on quarterback Kaleb Jones’ 1-yard touchdown run midway through the third quarter, but NSM ultimately pulled to with 30-28 on Green’s 18-yard touchdown pass to Culpepper with 5:20 remaining.

NSM then forced the Panthers to punt on their ensuing possession, but Jones returned an interception 27 yards for a touchdown to seal Collinsville's first trip to the state semifinals since 1983.

Friday’s game was the finale for 11 NSM seniors whom Kirby said went out in style.

“Even though we didn’t reach the ultimate goal of the state championship,” McBryar said, “it’s an amazing feeling knowing we're the first to get (to the quarterfinals).”