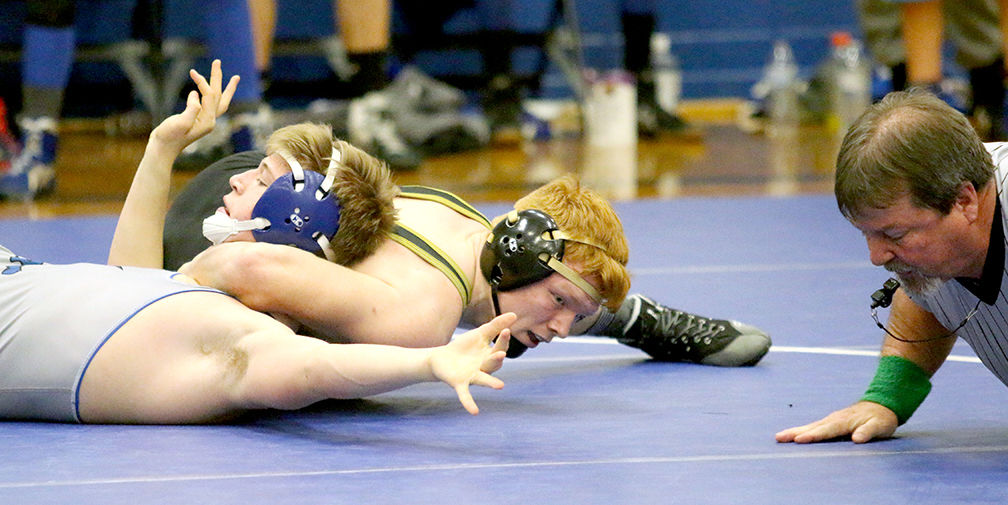 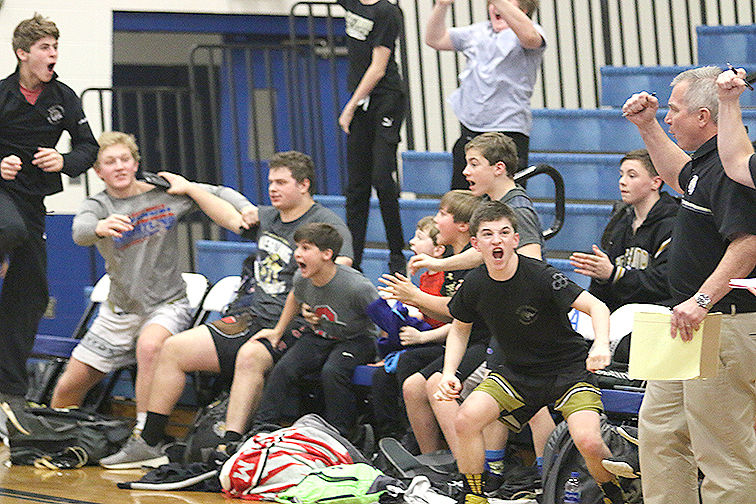 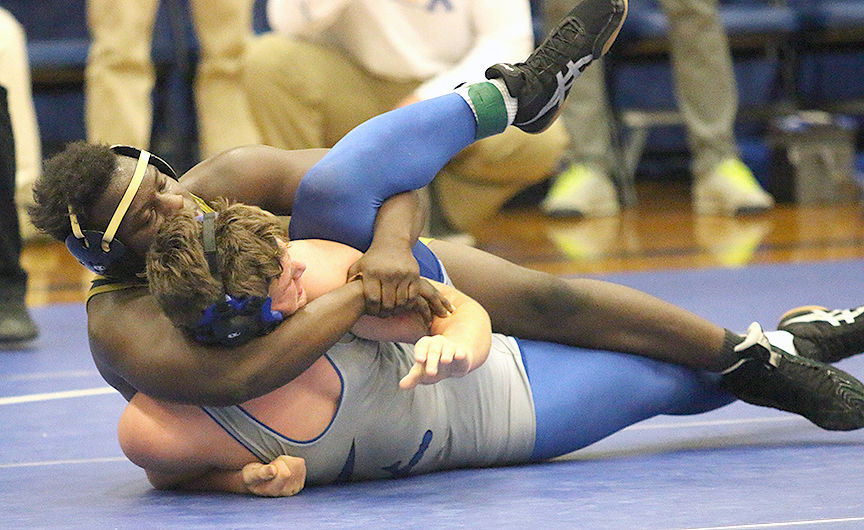 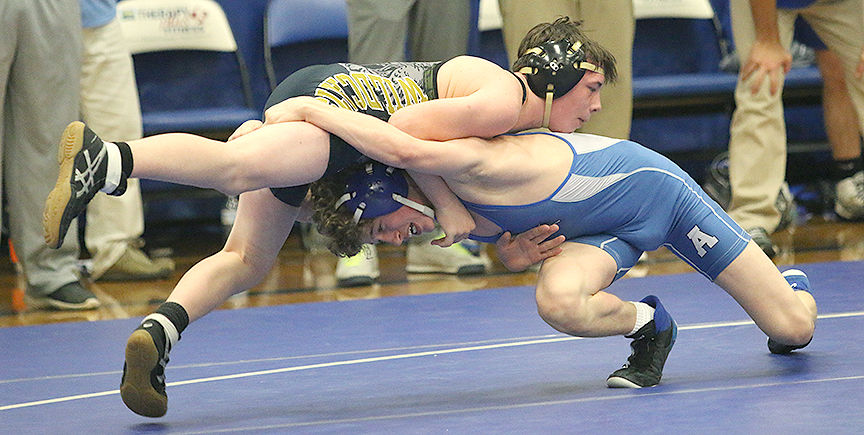 Scottsboro's Russell Proctor avoids a take down try from his Arab opponent in the 138-poud weight class match in the teams' Class 1A-5A State Duals quarterfinals dual on Thursday. 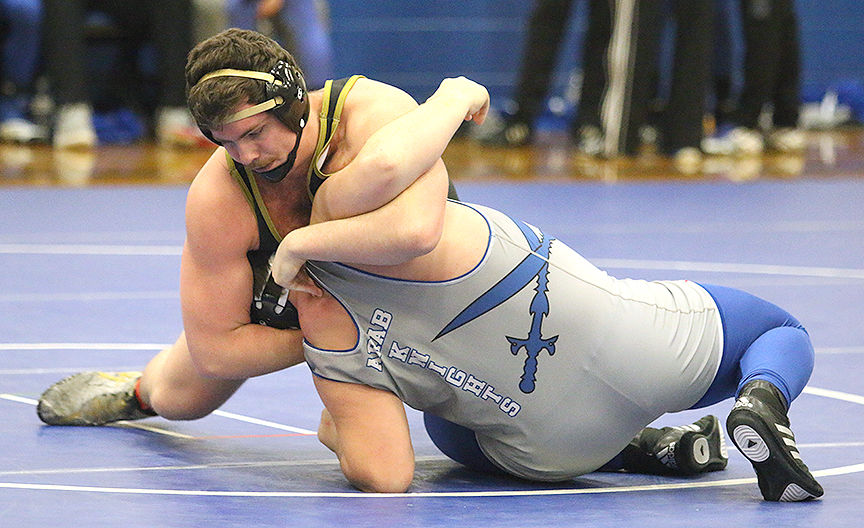 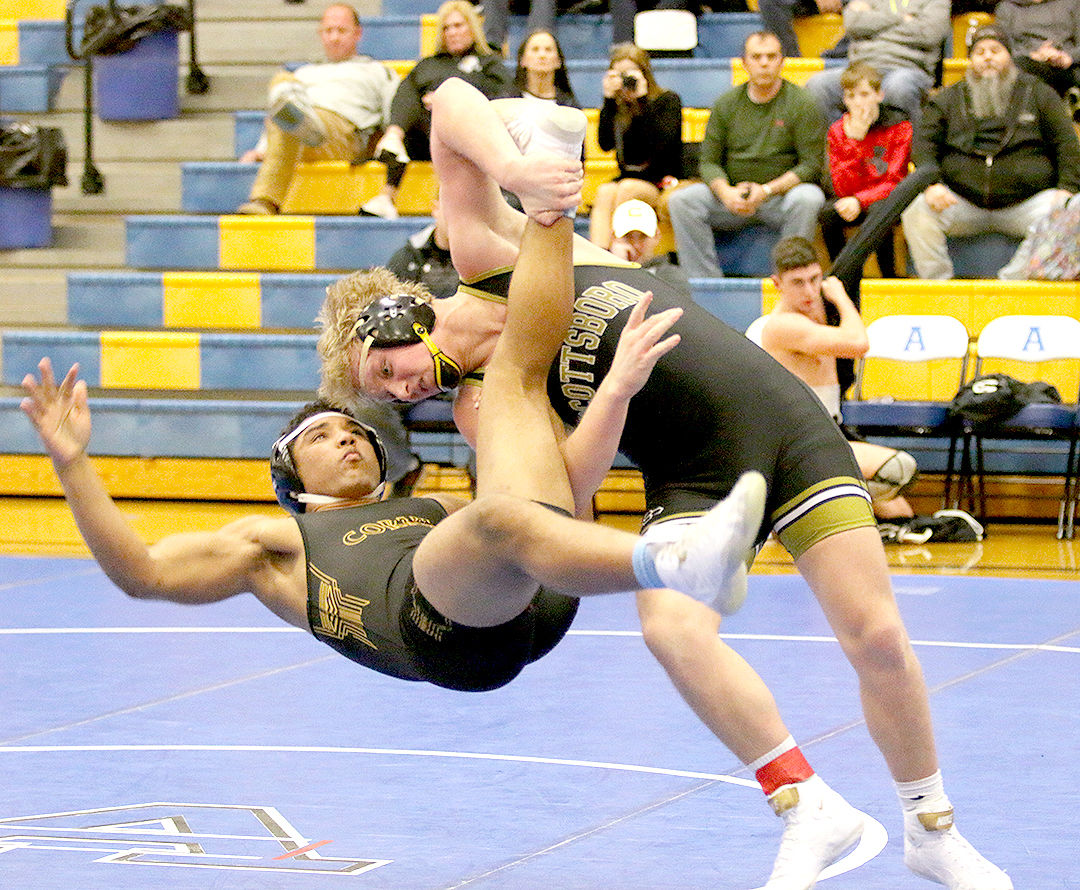 Scottsboro's Kolton Clark takes down a Corner wrestling in the 182-pound weight class during Scottsboro's 75-0 win in the first round of the Class 1A-5A State Playoffs. 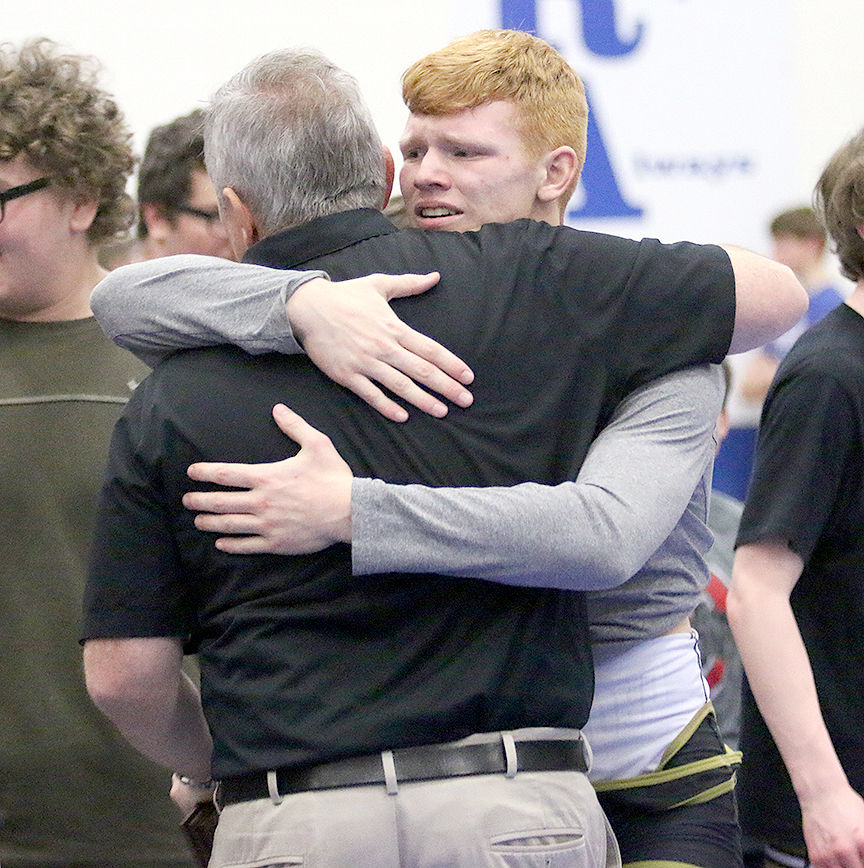 Scottsboro's Russell Proctor avoids a take down try from his Arab opponent in the 138-poud weight class match in the teams' Class 1A-5A State Duals quarterfinals dual on Thursday.

Scottsboro's Kolton Clark takes down a Corner wrestling in the 182-pound weight class during Scottsboro's 75-0 win in the first round of the Class 1A-5A State Playoffs.

Connor Calfee knew what was riding on his match, but the Scottsboro senior was not about to let that prevent him from doing his job.

“You can’t let nerves get to you,” Calfee said. “You’re just going to get psyched out.”

Despite the pressure of the moment, Calfee delivered “like my [teammates] did” to help the Scottsboro wrestling program make some history.

Calfee’s pin of Arab’s Caleb Roe in the 160-pound match, the final match of the teams’ dual in the Class 1A-5A State Duals Wrestling quarterfinals Thursday night at Arab High School, pushed Scottsboro to a 38-34 victory over the two-time defending duals state champion and into the state semifinals for the first time since the AHSAA started the Duals State Tournament in 2017.

“It was an exciting match, just proud of the way the kids battled,” said Scottsboro head coach Chris Staton, whose team lost to Arab 42-36 in the Class 1A-5A Region 8 Duals last month. “I think a lot of people didn’t think we could come over here and win. Our kids went to war and really battled.”

Scottsboro will host Hayden in the state semifinals Tuesday night at 6 p.m. at Carter Gymnasium. The winner advances to wrestle in the Class 1A-5A state championship match at the Birmingham Crossplex’s Bill Harris Arena on Friday, Jan. 25.

The Scottsboro-Arab quarterfinal dual began with the 170-poind weight class match, and Scottsboro opened up a 32-6 lead on Arab after Damian Ramirez at 170, Kolton Clark at 182, Caleb Anderson at 220, Bradford Womack at 285 and Clinton Stewart at 113 all won their matches via pin and Tre Billingsley won a 13-2 major decision at 195, avenging his loss at regionals to Arab’s Michael Robertson. Staton said Billingsley’s win at 195 “swung things for us” in the Wildcats’ favor.

The Knights made their charge starting with the 120-pound match. Arab won six consecutive matches to take a 34-32 lead when Calfee hit the mat to face Roe, a wrestler he also pinned at regionals.

“I pinned him before on a crossface cradle and was hoping to do the same this time,” Calfee said. “I knew it was over when I locked it up.”

Clark called the sound of the referee’s hand hitting the mat to call the pin “the most beautiful sound I’ve ever heard.”

The victory was Scottsboro’s first against Arab in some time.

“Every point counted,” Staton said, adding that the Wildcats’ veteran wrestlers “picked up some bonus points with falls and gave us a cushion. We had some matches we dropped, but we dropped it by decision as where we dropped it by pin [at regionals]. Those little things added up to make the difference.”

One of those matches involved eighth-grader Russell Proctor in the 138-pound match. He lost 5-4 in overtime in perhaps the dual’s best match.

“Russell battled for us and was close to winning,” Staton said. “Even still that’s a loss we dropped by pin last time and this time we almost pull out an overtime win. For an eighth-grader to step into this pressure, that’s asking a lot and he battled.”

Said Clark, “We started up top, that’s our strongest part of the line-up. I think it kind of got our little guys fired up, saying ‘hey we can win this.’ That was very big for our younger guys pulling through and not getting pinned. Last time [against Arab] they got pinned, but this time they didn’t and that made a big difference.”

Next up for Scottsboro is Hayden, which defeated Southside 36-34 in the opening round and Alexandria 39-36 in the quarterfinals.

“It’s going to be exciting to host that match under the lamp at Carter Gym,” Staton said.

Clark said the Wildcats are not satisfied with just defeating longtime nemesis Arab.

“That’s what we want,” said Clark, referring to a duals state championship. “The train doesn’t stop rolling. We’ve got to keep going.”