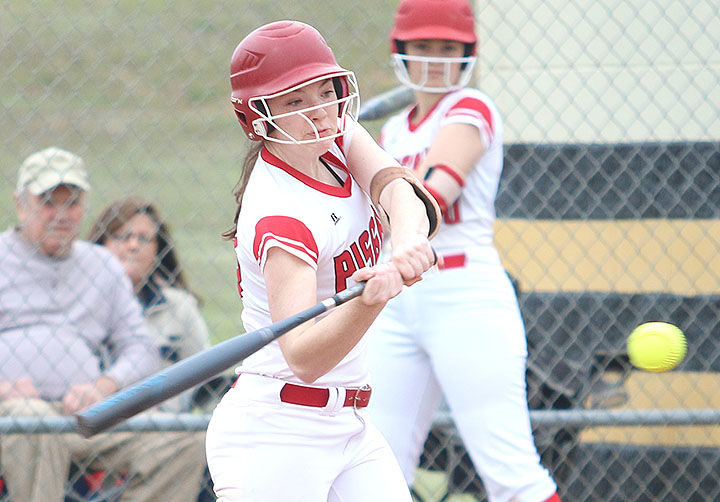 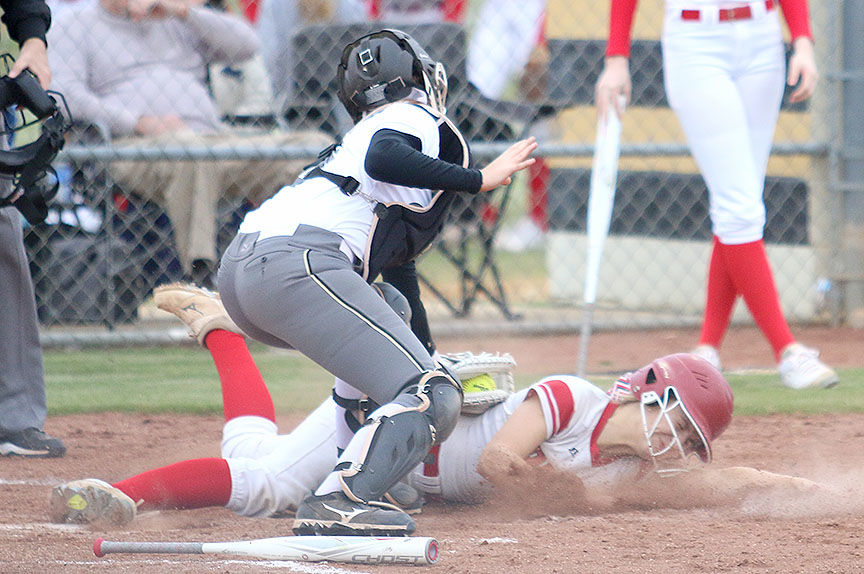 Kailyn Wright slides in safely just ahead of the tag by Scottsboro catcher Ella Lee during Pisgah’s 10-0 win. 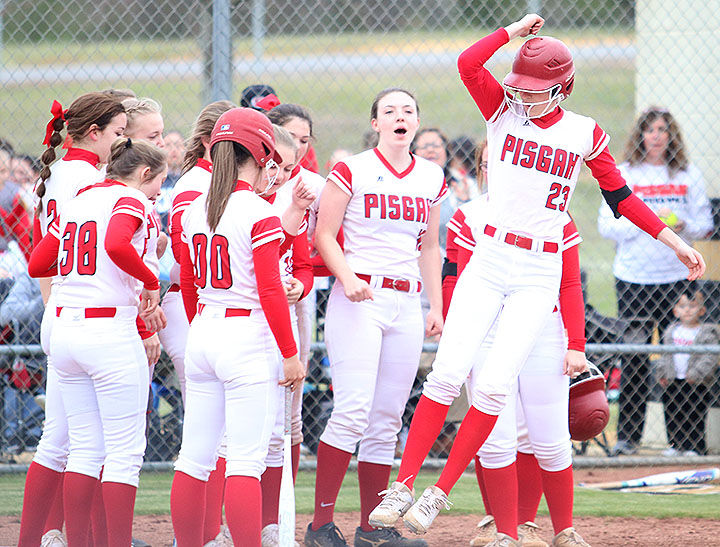 Molly Heard is greeted at home plate by teammates after homering in Pisgah’s 10-0 win over Scottsboro. 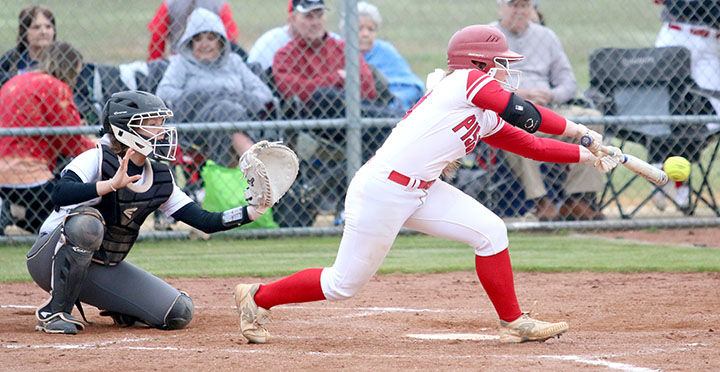 Bella Bobo lays down a sacrifice bunt during Pisgah’s win over Scottsboro. 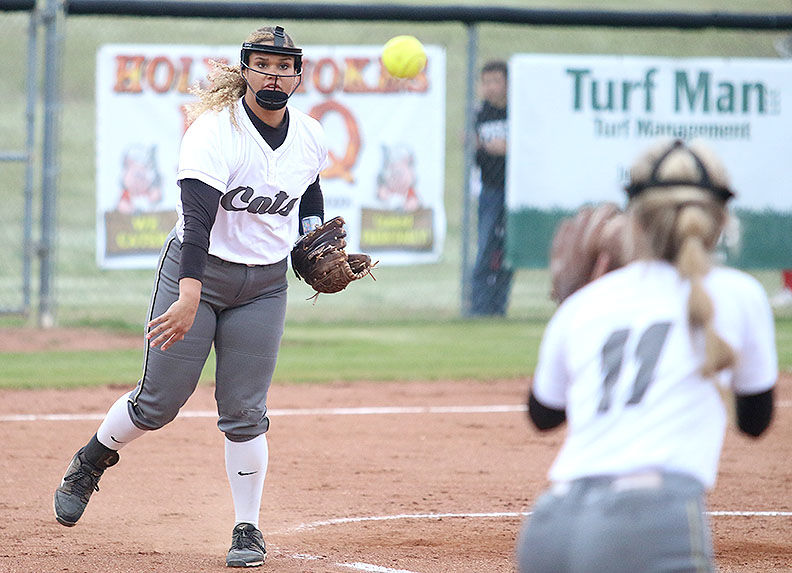 Kailyn Wright slides in safely just ahead of the tag by Scottsboro catcher Ella Lee during Pisgah’s 10-0 win.

Molly Heard is greeted at home plate by teammates after homering in Pisgah’s 10-0 win over Scottsboro.

Bella Bobo lays down a sacrifice bunt during Pisgah’s win over Scottsboro.

The Pisgah softball team put all three phases of the game together, and the result was a rivalry win.

“We went in with a plan in the (batter’s) box and thought we executed well,” said Pisgah head coach Billy Duncan. “Thought we showed good intensity, looked good as a team. Both pitchers threw the ball well. All-around good game.”

Barron and Leigha Kirby combined on a two-hitter in the pitching circle for Pisgah (4-2). Meanwhile, the Eagles’ bats cranked out seven hits, including a solo home run from Molly Heard and a two-run double from Hannah Duncan.

Barron, a Duke commit, gave Pisgah a 2-0 lead in the top of the first inning before smacking a solo shot in the third. Barron, who was intentionally walked with two runners on in the top of the fourth, totaled three home runs and 10 RBIs through her first six games of the season.

Pisgah led 3-0 after one inning before adding two in the third and five in the fourth. Madeline Flammia’s RBI groundout gave Pisgah a 6-0 lead in the fourth, and after Hannah Duncan’s two-run double followed Barron’s intentional walk, Barron and courtesy runner Kailyn Wright both scored on Jaden Burgess’ groundout.

Pisgah also got two hits and two runs scored from Lila Kate Wheeler and one hit and one run scored from Bella Bobo.

In the circle, Barron got the win after retiring all nine batters she faced — the junior struck out two — over the first three innings. Kirby, a Chipola (Florida) Community College signee, allowed two hits and struck out two while pitching the final two innings. Neither pitcher issued a walk.

Alyssa Smart and Kambrie Doss both singled for Scottsboro (5-6) while Lexie Bennett reached on an error.