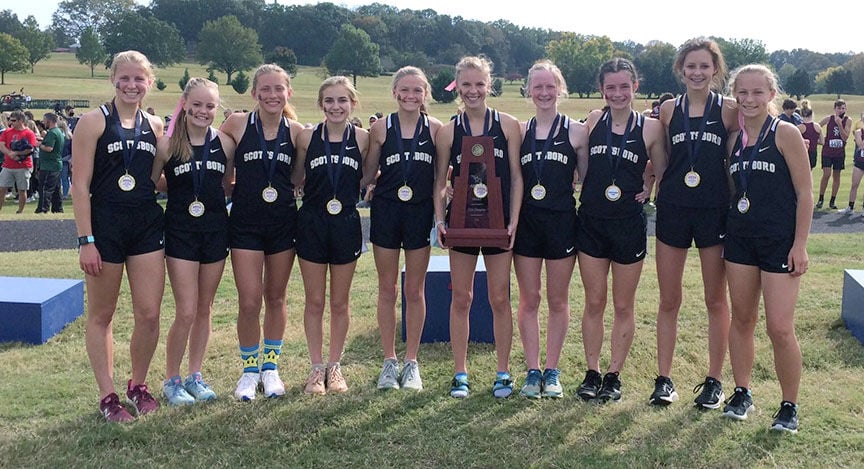 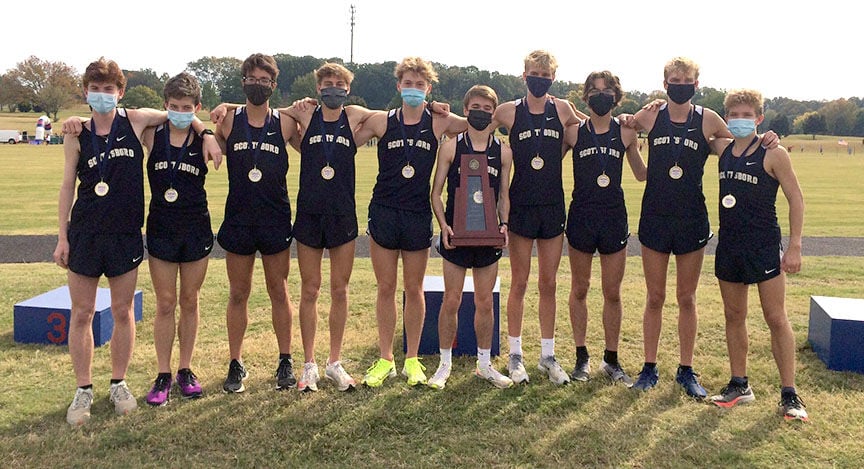 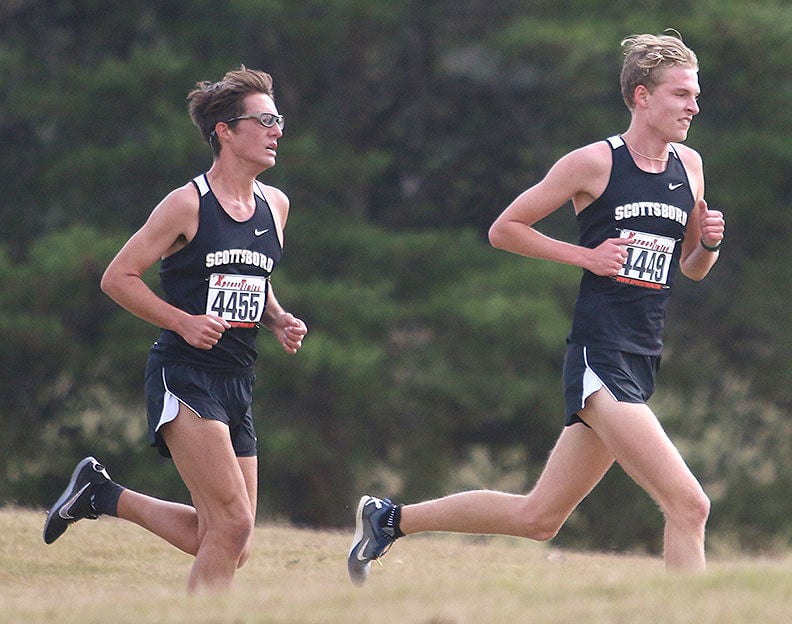 Cooper Atkins (right) and Hayden Judge finished first and third respectively in the Class 6A Section 6 race as Scottsboro won the sectional title with a perfect score on Thursday. 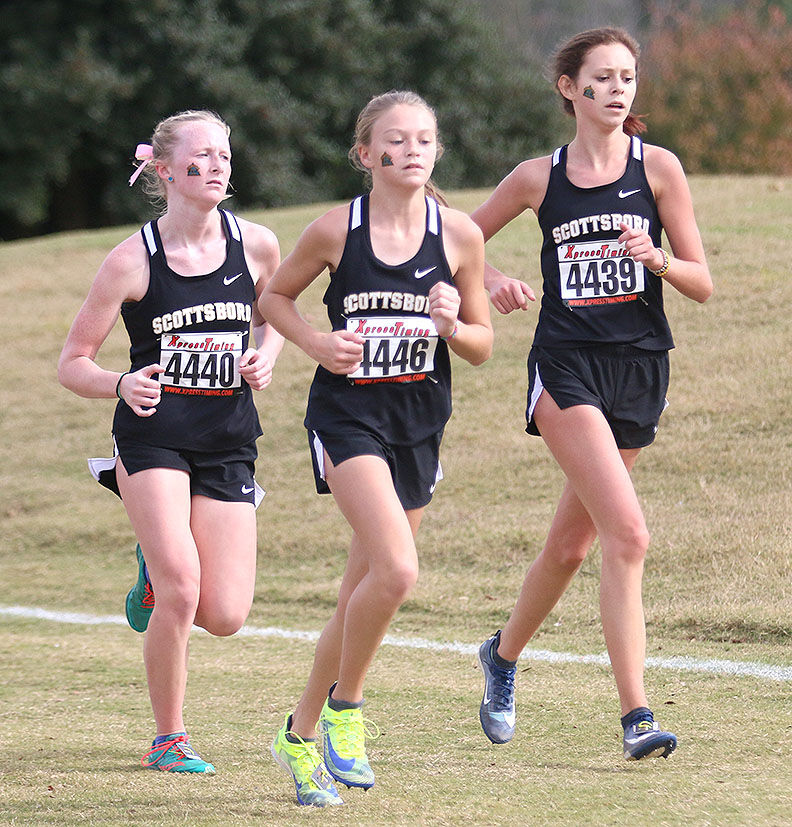 Cooper Atkins (right) and Hayden Judge finished first and third respectively in the Class 6A Section 6 race as Scottsboro won the sectional title with a perfect score on Thursday.

The SHS boys did in fact dominate, and the SHS girls followed suit about an hour later as Scottsboro swept the Class 6A Section 6 team titles Thursday morning at John Hunt Park in Huntsville.

Scottsboro won the Class 6A Section 6 boys race title with a perfect score of 15 (top-five finishers). Scottsboro runners occupied the top-six spots, seven of the top-eight, eight of the top-11 and 10 of the top-18.

“It just goes back to the culture and the expectations that are currently set and have always been set for Scottsboro cross country in general. They know the expectations without anybody having to tell them.”

The SHS boys’ perfect score was 58 points better than runner-up Randolph (73), who along with third-place Hartselle (76) and fourth-place Buckhorn (120) also earned trips to the state meet next weekend at the Oakville Indian Mounds Parks and Museum near Moulton.

“Today was fun,” Robinson said. “But we’re not done. We’ve got a lot left for next week.”