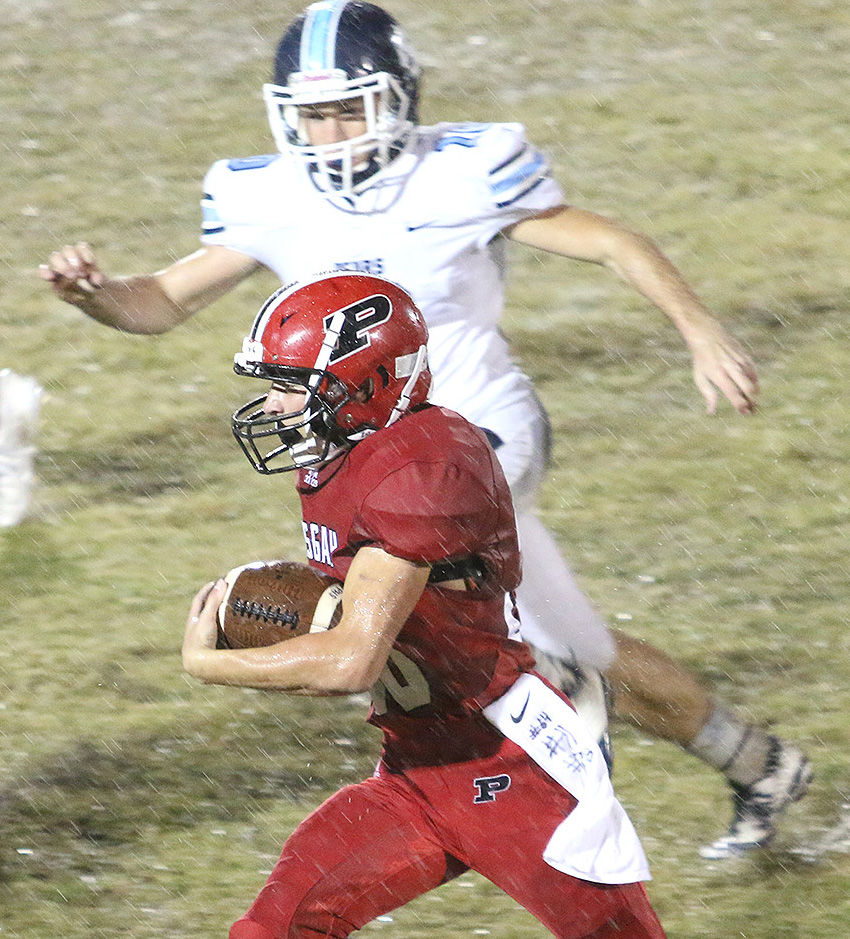 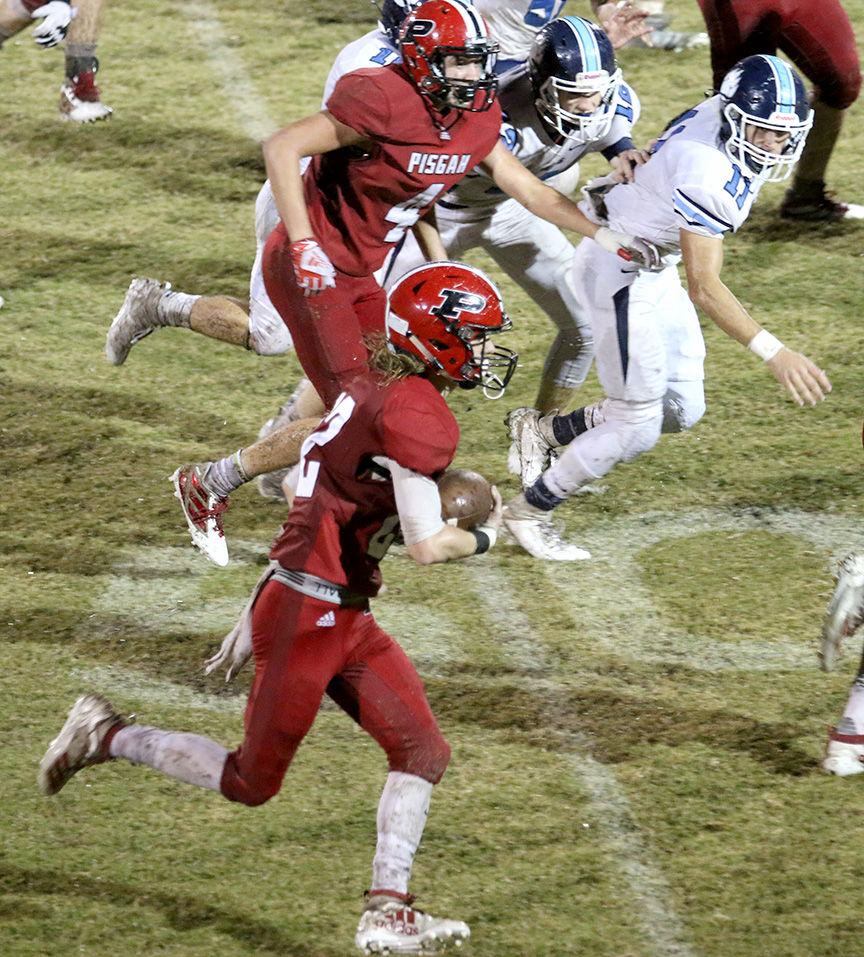 Tyler Bell's 46-yard run in the second quarter set up was proved to the game-winning touchdown in Pisgah's 12-8 win over Plainview.

Tyler Bell's 46-yard run in the second quarter set up was proved to the game-winning touchdown in Pisgah's 12-8 win over Plainview.

PISGAH — The Pisgah football team’s defense has had its share of struggles this season.

But with Pisgah clinging to a four-point lead and its playoff hopes hanging in the balance, head coach Luke Pruitt put the game in his defense’s hands.

And as it had for all but one series all night, Pisgah’s defense came through again, forcing visiting Plainview to turn it over on downs to seal the Eagles’ 12-8, rain-soaked Class 3A Region 7 victory at Pisgah’s Sam Kenimer Stadium Friday night.

“We put it on their backs and they did a great job," said Pruitt, whose defense held Plainview to one first down and 28 total yards in the second half. "Our defense has struggled on the year, but when we were about to punt it, I told them make them go 80 (yards) on us. I'm proud of them. They stood up one more time and we pulled it out."

Pisgah’s win created a three-way tie between itself, Plainview and New Hope for the region’s fourth and final playoff berth. AHSAA tiebreaker “L” — defeated non-region opponents combined win total – is the first method used to attempt to determine the fourth seed, and Pisgah has the inside track to the spot. Pisgah clinches the playoff spot with a win over North Sand Mountain on Friday. New Hope must have Pisgah lose, then defeat Coosa Christian and have Holly Pond defeat Fairview and Section defeat Woodville in order to tie Pisgah in defeated non-region opponent's total wins with seven — if one of those things do not happen for New Hope, Pisgah clinches the playoff berth. Plainview is out of contention to win the tiebreaker entering Week 10.

After losing to Plainview 24 straight times from 1988-2017, Pisgah has now won two straight against the Bears.

The latest victory will likely go down as one of the soggiest in Pisgah football history. Rain poured throughout the game, extremely heavy for long stretches, turning the game into a field position defensive battle in which yards and first downs (11) were hard to come by. Pisgah, which had only five first downs, had 157 total yards (all rushing) while Plainview had 136 total yards (93 rushing yards and 43 passing yards). Nate Cornelison finished with 74 yards rushing on 12 carries and Rhyan Barrett ran for 55 yards on 14 carries for Pisgah (4-5, 2-4) while Ben McCurdy ran for 67 yards on 21 carries for Plainview (4-5, 2-4).

It only took two plays from scrimmage for the game's first turnover to happen. Pisgah's Caiden Hawkins recovered a Bears fumble near midfield, and two plays later, Nate Cornelison took a toss sweep 45 yards for a touchdown to put Pisgah in front 6-0.

But Pisgah answered right back. Tyler Bell's 46-yard run gave the Eagles a first-and-goal from the Plainview 9, and Barrett scored from 5 yards out three plays later to give Pisgah a 12-8 lead with 7:22 left in the first half.

Cornelison finished with 74 yards rushing on 12 carries while Barrett ran for 55 yards on 14 carries.

The second half was littered with punts and turnovers, and the only real scoring threat came late in the third quarter. Plainview recovered a Pisgah fumble at the Eagles 37-yard line and drove the Pisgah 10 before Pisgah's Kolton Chadwick recovered Plainview's fumbled shotgun snap with 2:15 left in the quarter.

After the teams traded punts, Plainview pinned Pisgah back at its own 6-yard line. But the Eagles mustered their best drive of the second half, getting the ball out to their own 39 and flipping the field position. After another Plainview punt, Pisgah reached the Plainview 43 before Barrett punted to pin the Bears at their own 18-yard line with no timeouts left with 1:32 left in the game. Plainview threw three incompletions and did not gain a yard on a quarterback scramble to turn it over on downs. Pisgah then kneeled out the clock.

“The kids didn't really understand the elements till we got out there," Pruitt said. "It took everybody. It wasn't pretty, but it was a win, and that's all that matters."