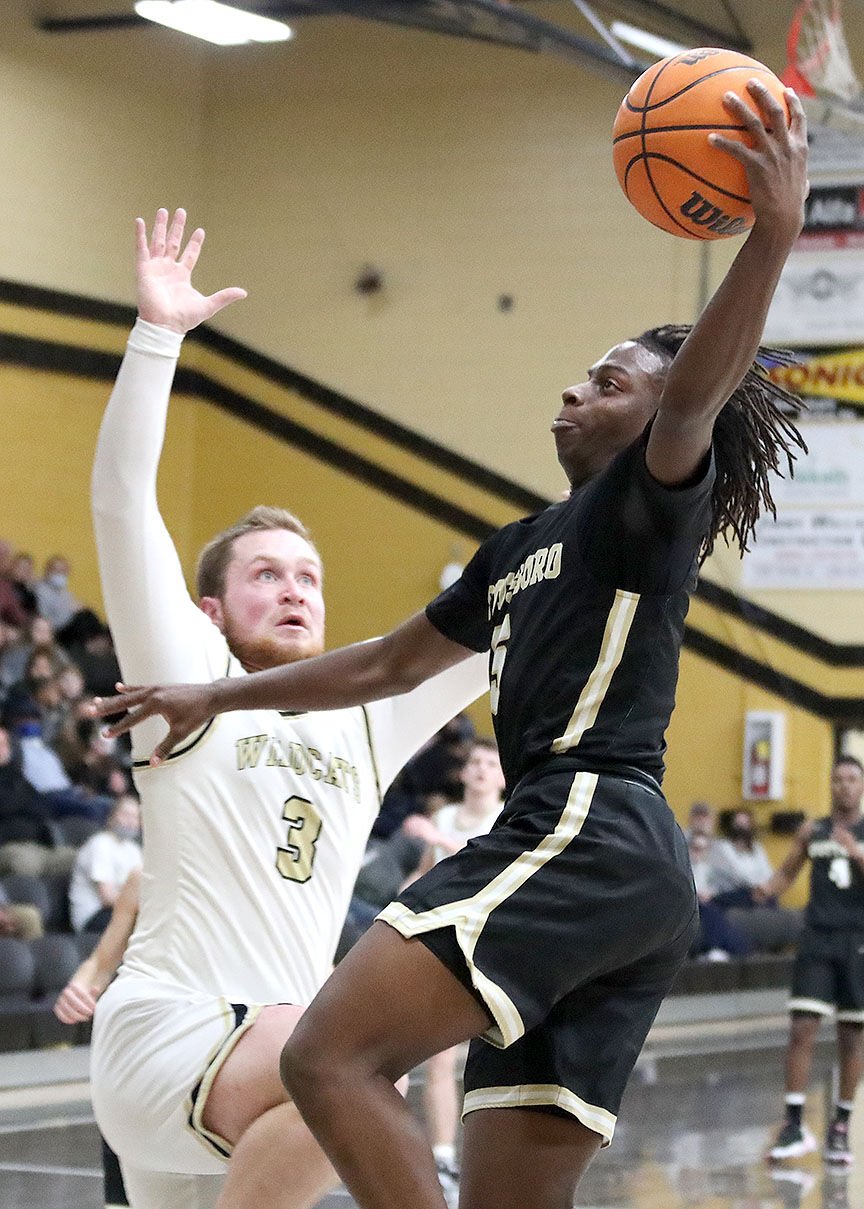 BJ Harris (right) goes in for a layup as Fort Payne's Bryson Richey tries to alter this shot during Scottsboro's 84-58 Class 6A Area 15 victory Monday night. Harris finished with a game-high 30 points. 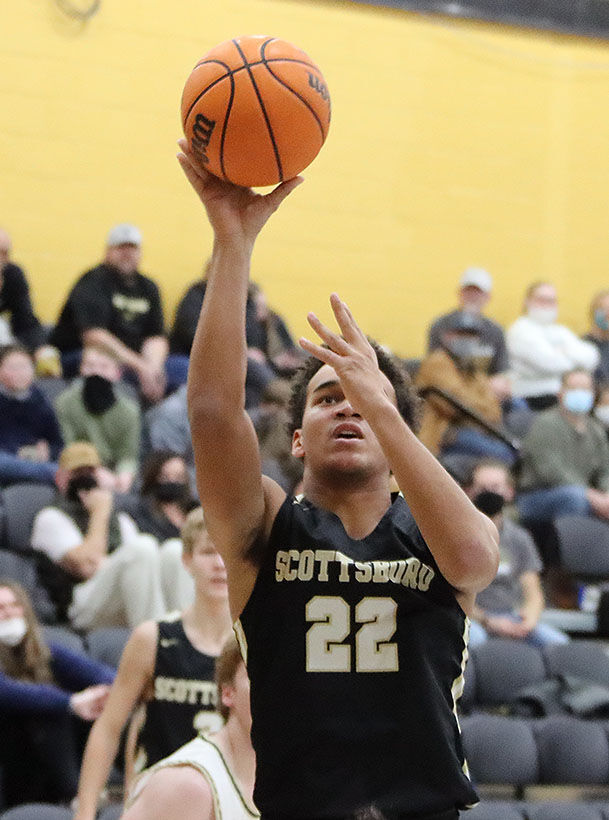 BJ Harris (right) goes in for a layup as Fort Payne's Bryson Richey tries to alter this shot during Scottsboro's 84-58 Class 6A Area 15 victory Monday night. Harris finished with a game-high 30 points.

There were several accomplishments all rolled into one victory for the Scottsboro varsity boys basketball team Monday night.

The Wildcats’ 84-58 win at rival Fort Payne clinched Scottsboro a share of the Class 6A Area 15 regular-season championship.

On Tuesday, Scottsboro won a coin flip with regular-season area co-champion Buckhorn to be the No. 1 seed in next week’s area tournament. By being the No. 1-seed, Scottsboro will host No-seed Fort Payne at Hambrick Hall in a semifinal game on Feb. 9 at 6 p.m. and would host the championship game on Feb. 12 against either No. 2-seed Buckhorn or No. 3-seed Arab.

The win was also Scottsboro’s 20th of the season, a feat no SHS team had accomplished since the 1992-93 Wildcats did so 28 years ago. That Scottsboro team finished 22-4.

“That’s something that we haven’t really mentioned a lot, but everyone kind of knew we had a chance (to do). It’s awesome of the kids. A credit to their hard work, not just this year but year’s part,” said Scottsboro head coach Jason Bell. “(Former Scottsboro head) Coach (Kenny) Hill, I’d been here with him for seven years, and I think he laid as solid a foundation as he could’ve possibly laid. We’re reaping the benefits of a lot of his hard work. I don’t shy away from saying that. He’s a heck of a coach.”

Scottsboro (20-3, 5-1) has not lost since losing to Springville 55-50 in the Gaston Holiday Invitational semifinals on Dec. 22.

Against Fort Payne, Scottsboro led 21-16 after one quarter and 36-25 at halftime. Fort Payne cut into the Wildcats’ lead to start the third quarter, but Scottsboro rebounded from the slow second-half start and led 54-40 after three quarters before pulling away with a 30-point fourth quarter effort.

“We never could get in any rhythm, but then I look up there at the scoreboard and they’ve scored a bunch of points,” Bell said. “It’s just a credit to our guys for making plays. They’re (an experienced) team and they were able to play through that (third-quarter lull).”

BJ Harris scored 30 points to lead the Wildcats’ effort. The senior guard is now just 29 points shy of 1,500 for his career.

“He’s hard to guard,” Bell said. “When he’s making shots from the outside…if you get up on him, he’s so fast, so quick, he can go by you and finish. Just a phenomenal player. Glad he’s on our side.”

Scottsboro got nine points each from Tyson Sexton and Kyle Wright while Parker Bell had eight, Jordan Davis seven, JaVaris Branford six and Blake Jones and Cordell Worthy four each.