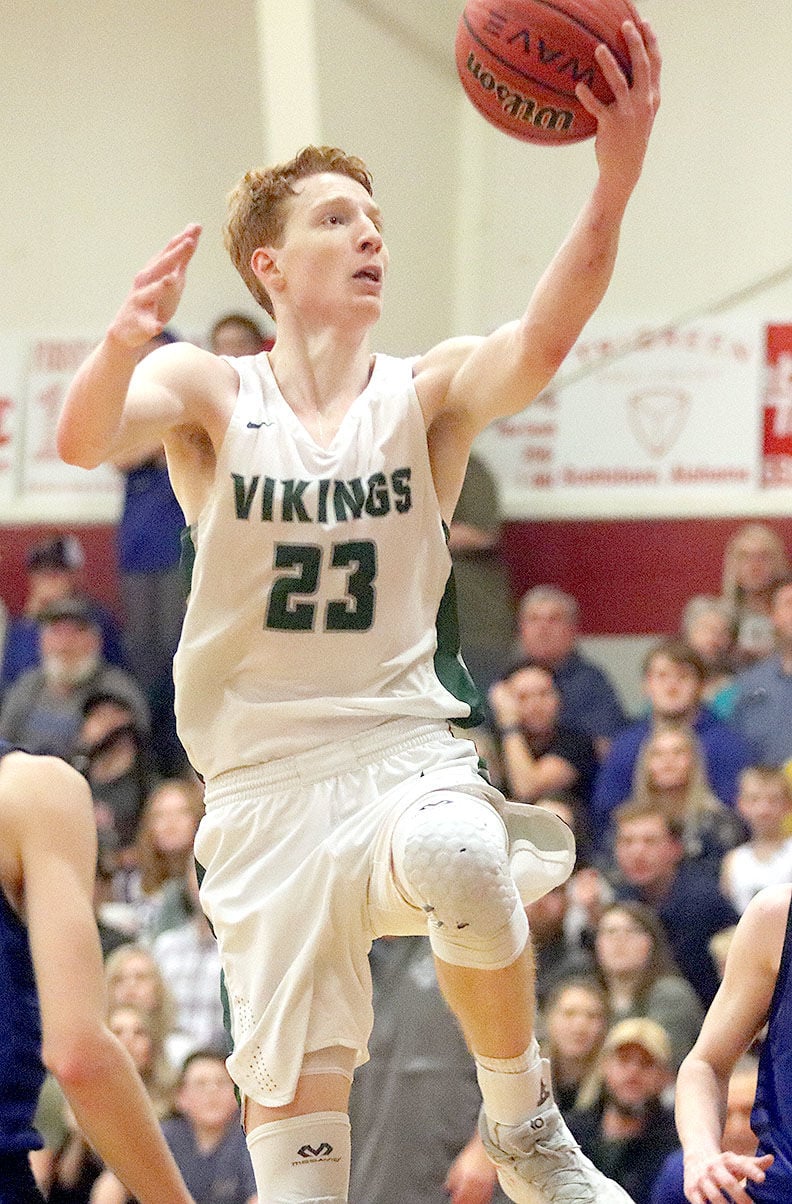 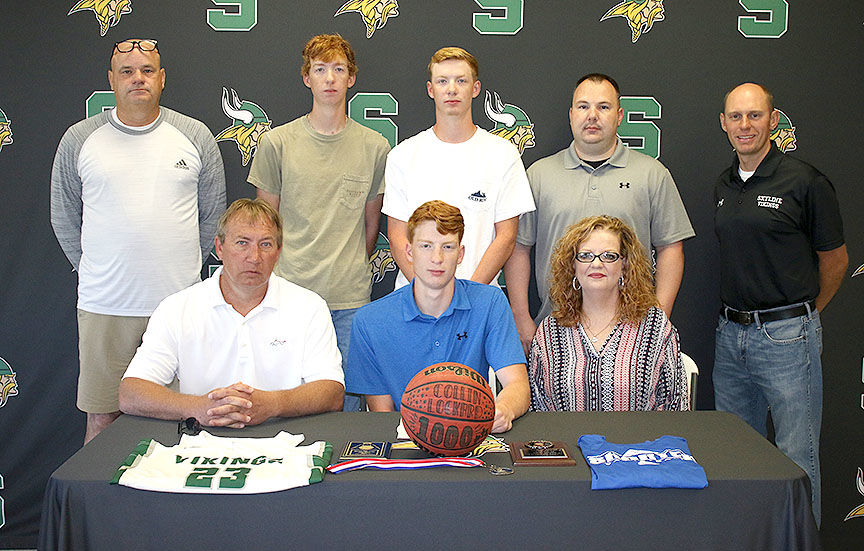 “When he watched him, he got (to recruiting) Collin real fast,” McCarver said. “He was afraid somebody else would see him. I think he knows he got something.”

Lockard officially signed his letter of intent with Shorter during signing ceremony on Friday at Skyline High School.

Shorter, located in Rome, Georgia, is a Division II school that plays in the Gulf South Conference.

“I’m ready to compete, give the best I can,” said Lockard, who plans to major in criminal justice. “Really excited for it. I’m really looking forward playing the with players, getting to know them getting to know the coaches better.”

Lockard averaged 19 points and 11 rebounds per game last season while helping the Vikings go 30-4, the second-most wins in a season in Skyline basketball history. As a junior, Lockard helped the Vikings go 29-6 and was a second-team all-state selection after averaging 23.7 points, 12.4 rebounds and 2.7 blocked shots.

“Best memories I have (of basketball) — never going to forget them,” Lockard said of his Skyline career. “It was great. I had the best coaches, best teammates. I’ really glad I got to play with them.”

Said McCarver, “he was everything for us. He can score, can rebound, block shots You don’t see many of those kind of guys that can play with their back to goal nowadays. He does a really good job of that. If he gets to where he can step out and make that 10-to-15-foot shot consistently, he’ll be really hard to handle in college. He’s got the size and everything. He’s a real athletic player. He’ll be able to defense because he’s so athletic. I think he’ll be a heck of a player over there.”