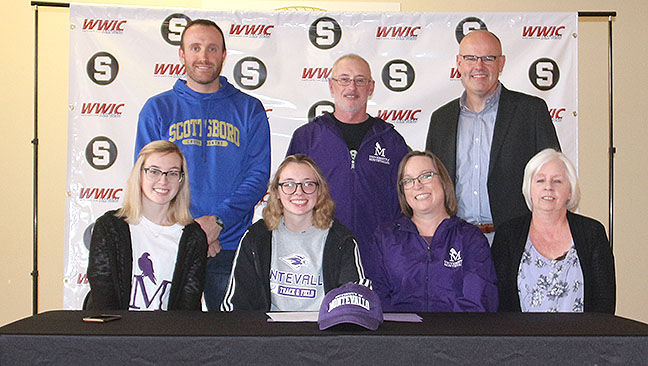 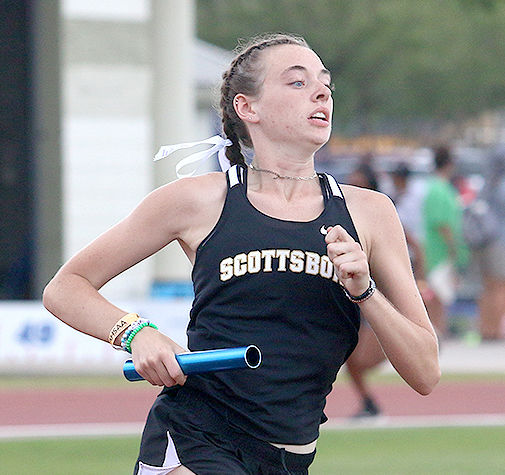 Scottsboro's Emily Littles will run track and field collegiately at the University of Montevallo.

Scottsboro's Emily Littles will run track and field collegiately at the University of Montevallo.

Scottsboro senior track and field athlete Emily Littles signed to further her career at the University of Montevallo Tuesday afternoon.

Littles said she was excited to continue her career and education.

“I love track, and I was upset at the beginning of the year because I thought this would be my last season,” Littles said. “When the Montevallo coach offered me, I was so happy because I would get to keep doing what I love.”

Scottsboro track coach Luke Robinson is proud of Littles and said it was a well-deserved honor. He said he cannot wait to see does in the future.

Robinson said Littles is the main character in a story he will tell all of his future athletes.

At the 2019 outdoor state track meet, Scottsboro’s girls on by a slim margin. Littles ran the first heat of the 800 meter and set a personal record by a “huge amount.” She outran a girl in the second heat and earned a point that earned the state championship for Scottsboro. Robinson said if she hadn’t done that, they would have lost the state championship.

Littles said that was her best memory running track at Scottsboro, and she hopes to win the state outdoor title again this season.

Robinson said Montevallo is getting a championship competitor.

“No matter what happens during the season, she’s always going to bring a little bit more when championship season rolls around,” Robinson said.

He said she is consistent, and he always knows what he is going to get with her. He said Littles is a hard-worker and said she has a great deal of upside. He does not think she is close to her full potential and expected Littles to really grow when she gets to Montevallo.

Littles said Montevallo stood out to her because of the small campus and small-town atmosphere. She knows someone on the track team and said she just felt comfortable around the program.