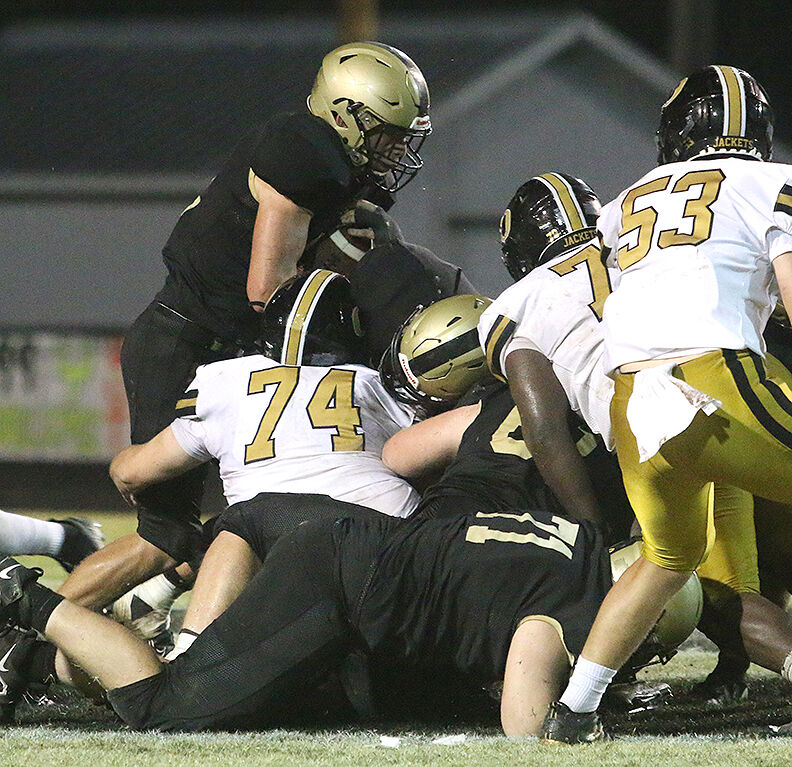 Landon Grider plows up the middle for yardage during Scottsboro's 24-7 Class 6A Region 7  loss to Oxford Friday night at Trammell Stadium. 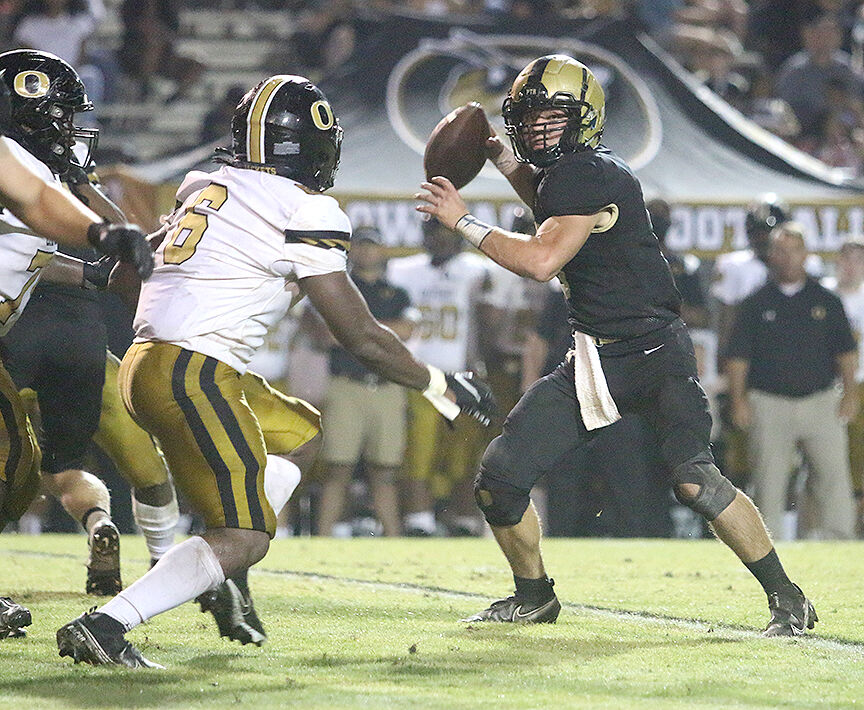 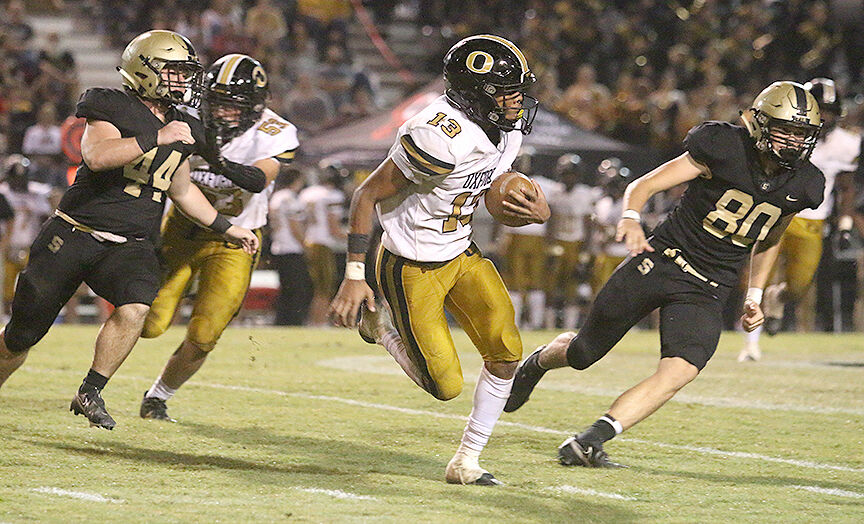 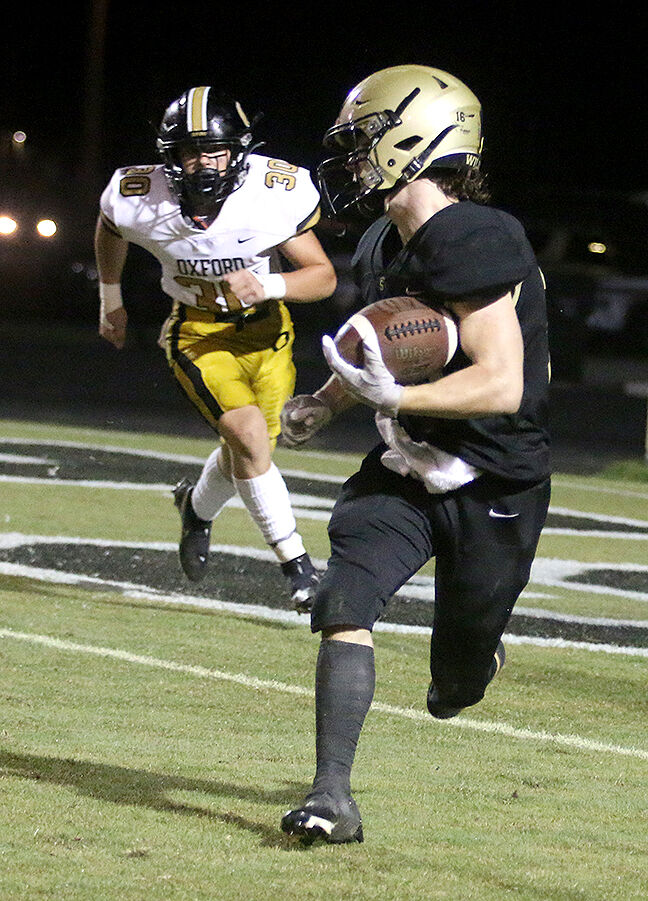 Landon Grider plows up the middle for yardage during Scottsboro's 24-7 Class 6A Region 7  loss to Oxford Friday night at Trammell Stadium.

The Scottsboro football team opened Class 6A Region 7 play with a loss to the reigning champion.

A strong defensive effort kept the Wildcats in the game, but too many “missed opportunities” on offense came back to haunt the Wildcats during a 24-7 loss to visiting Oxford Friday night at Trammell Stadium.

“We left an awful lot of points on the field tonight,” said Scottsboro head coach Cris Bell. “I don’t know how many negative plays we had tonight, but it was far too many. If we don’t have those negative plays, gosh we probably would’ve had 300-plus (total yards) and surely would’ve given us more opportunities to get that thing punched in (the end zone). That’s just part of growing up as a football team. We’ve challenged our guys. We’ve got to be able to put together eight-, nine-, 10- 12-play drives without (mistakes). I don’t feel like at any point they stopped us tonight. I felt like we stopped ourselves. We’ve got to get that cleaned up. We will, it just takes work. Identify the areas were doing well and iron those things our (we’re not).

“Proud of our guys defensively. That team we played tonight probably has as much speed as the one we played last week (Madison Academy) and was as good up front. But we played much, much better (defensively). Just really really proud of the way the defense competed.”

Friday’s game was played on the 50th anniversary of Trammell Stadium hosting its first varsity game back on Sept. 3, 1971.

The Sept. 3, 2021 game was an old-school type game with points tough to come by for both sides.

Oxford (2-1, 1-1), which received a forfeit win on Thursday from Class 5A No. 2-ranked Pleasant Grove due to the use of an ineligible player, took a 3-0 lead in the first quarter on Rey Barrera’s 27-yard field goal. The Yellow Jackets upped their lead to 10-0 on the first play of the second quarter on Jordan Dobbins’ 8-yard touchdown run and Barrera’s PAT.

Scottsboro (1-2, 0-1) answered with a 10-play, 65-yard scoring drive, capped off by Landon Grider’s 3-yard touchdown run and Alvaro Cazorla’s PAT to trim the Oxford lead to 10-7 with 6:28 left in the second quarter. But Oxford got a 62-yard touchdown pass from E’Mari Carroll to K.A. McClellan and Barrera’s PAT to extend its lead to 17-7 with 59 seconds left until halftime.

Late in the third quarter, Scottsboro lined up to kick a field goal that would have cut the Oxford lead to seven points. But the Yellow Jackets blocked the kick and Miguel Mitchell returned it 65 yards for a touchdown to give Oxford a 24-7 lead.

Grider finished with 119 yards rushing and one touchdown on 27 carries for Scottsboro while Thomas Rackler ran for 22 yards on eight carries and Gavin McCrary had 17 yards on seven carries. McCrary was 2-of-8 passing for 21 yards, with both completions going to Rackler.

Scottsboro stays in region play next week, traveling to Marshall County to take on rival Arab (2-1, 1-0), a 20-7 winner at Fort Payne Friday night.

› Greg Bell of WWIC RADIO 1050 AM contributed to this report.