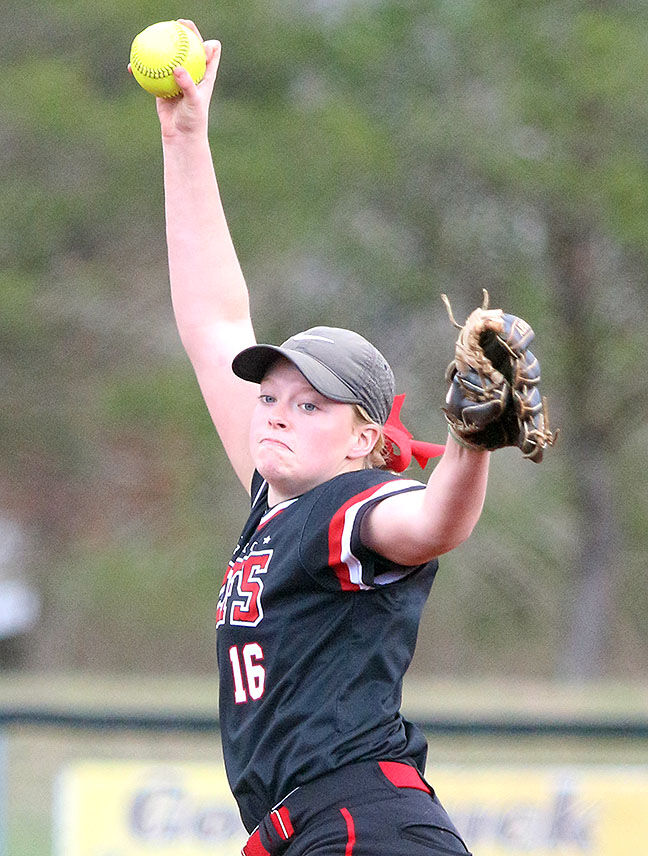 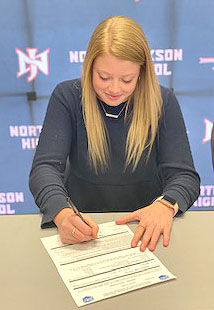 The North Jackson senior knew from the time she visited Cleveland State (Tennessee) Community College that she had found where she would play the next two seasons.

“My pitching coach knew Cleveland State’s coach and told her about me,” Burnette said. “I went on a visit and loved it instantly.”

Burnette had two other offers, but she was sold on Cleveland State. She signed her letter of intent with the school during a signing ceremony last month.

“Cleveland State is getting a great person and a great player,” said North Jackson head coach Kevin Thompson. “She’s an all-around great athlete. She’s our leading pitcher. Last year she took that role and was really pitching great. I hated the season ended like it did (in March because of the COVID-19 pandemic) because she was having a great year. She has a lot of playing experience, a two-time area champion, two trips to state.”

Burnette was 3-1 in four start and six total games pitched during the abbreviated 2020 season. She allowed just eight earned runs while recording a 2.21 ERA and 22 strikeouts in 25 1/3 innings pitched. At the plate, she was 8-for-31 with seven extra base hits (two home runs, two triples and one double) and 40 RBIs.

Burnette will pitch and play outfield for Cleveland State. She’s the second Chief to sign with the school in the past two years, joining Class of 2019 signee Amber Atkins.

“I think it’ll be a lot of fun, definitely be a good experience,” she said. “(Pitching to college hitters) I’ve got to hit my spots and up my speed a little bit.”

Burnette, who plans to pursue a degree in occupational therapy, said he’s open to playing two seasons after her Cleveland State career ends. “It just depends on where I am with my school (courses),” she said.

Burnette said she’s glad to have her college future set as she finishes her senior season in basketball before playing her senior year in softball.

“I’ve been super blessed with the seasons we’ve had,” Burnette said. “Everybody is focused, working on hard, on this season.”