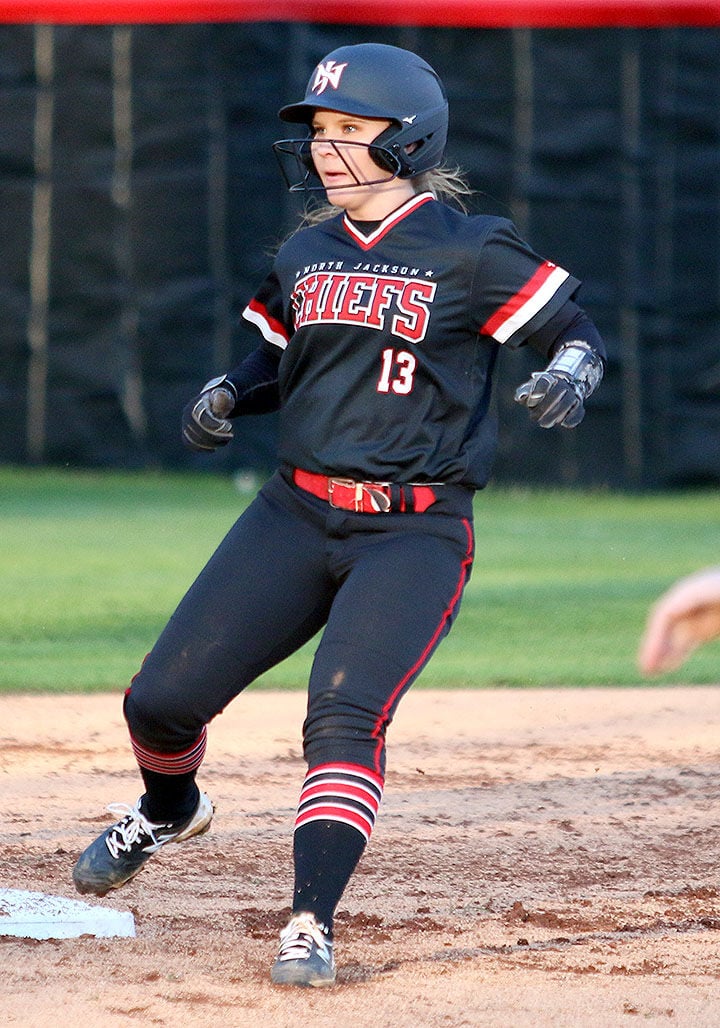 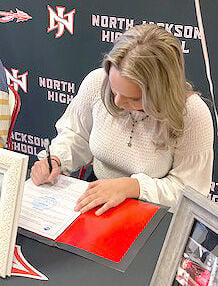 Coaches sometimes have to find ways to motivate teams and players during the season.

“She’s very self-driven,” Thompson said. “She’s goes hard every time she’s out there. She gives 100% all the time.”

Jones will soon take her all-out style to the college level, having recently signed scholarship papers with Huntingdon College in Montgomery.

“I went to a lot of camps, (and) after a camp, (Huntingdon coaches) wanted me to come and visit the campus,” Jones said. “They offered me a full ride. I decided to take it. I had six offers, but decided to take Huntingdon’s based on athletic and academic scholarships.”

Jones, who plans to major in exercise science and be a physical therapist, said Huntingdon coaches project her to play shortstop for the Hawks. Jones has played every infield position during her high school career.

“I’m glad to be able to get the opportunity to play at the next level,” Jones said.

Jones has played varsity softball for North Jackson since her freshman season. Her best campaign came in 2019, when she batted .296 (34-for-115) with four doubles, two triples, one home run, 40 RBIs, 32 runs scored, 14 walks, 11 steals and an on-base percentage of .391 while helping the Chiefs post a second straight third-place finish in the Class 4A state tournament.

“She’s a really hard worker that loves (the sport),” Thompson said. “We lean on her for her senior leadership.”

“Our goals this year are to win county, win area, win region and win state,” she said. “I feel like we can really go far. We’re really hungry and excited to be get back out there.”