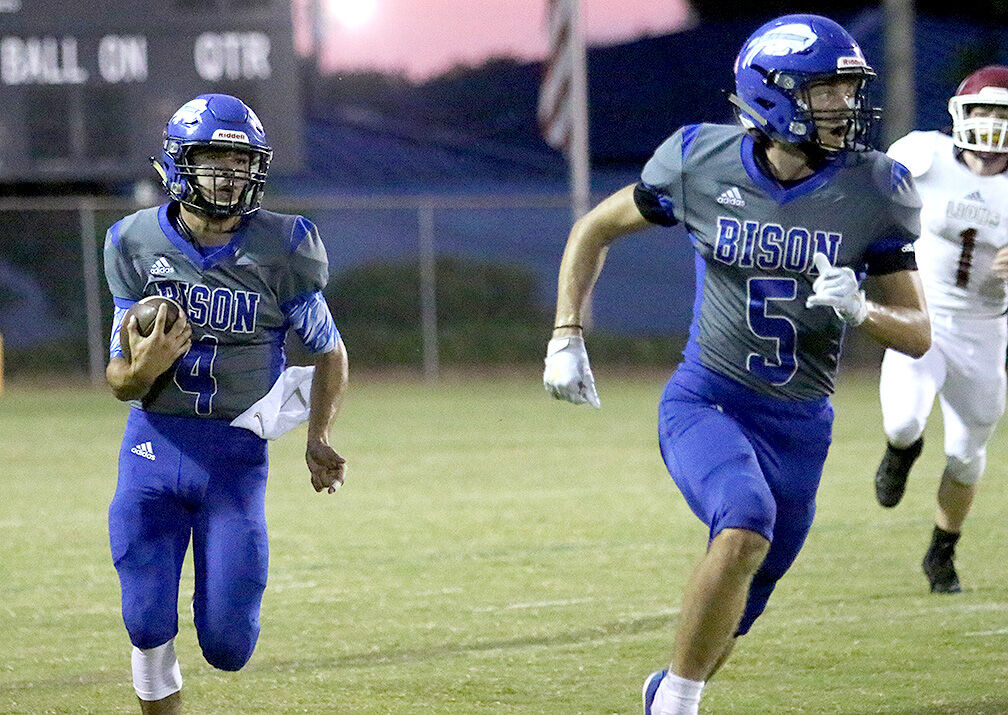 Lake Bell (4) follows teammate Derek Bearden (5) on a punt return for a touchdown during NSM's 40-13 Class 2A Region 7 win over Section. 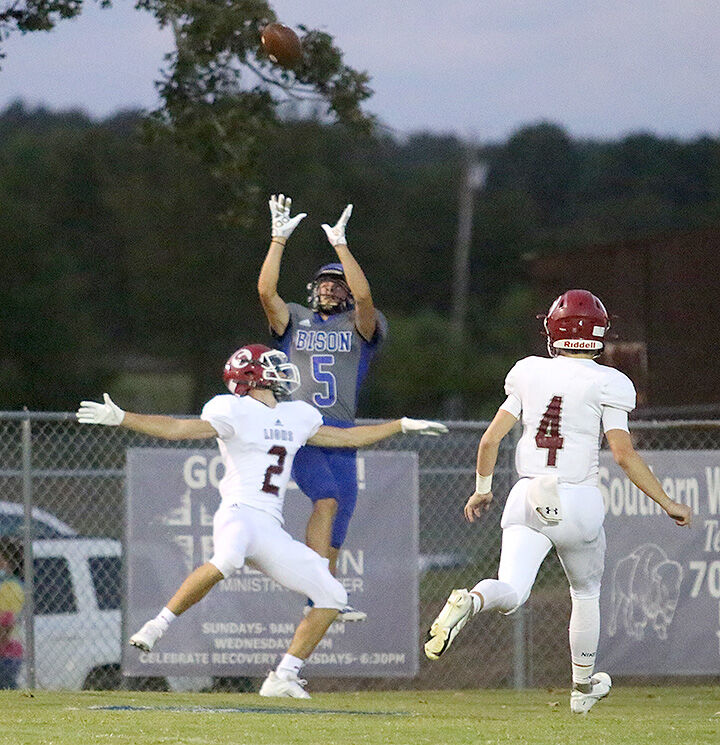 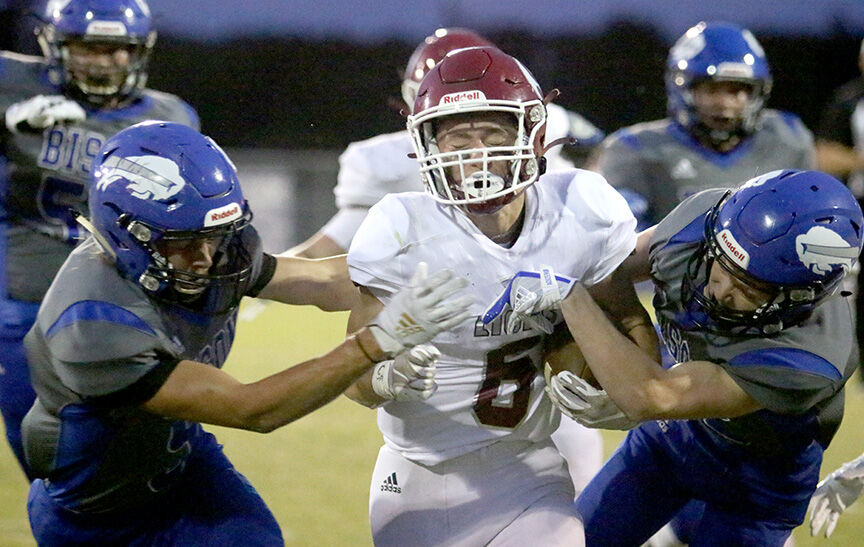 Lake Bell (4) follows teammate Derek Bearden (5) on a punt return for a touchdown during NSM's 40-13 Class 2A Region 7 win over Section.

Head Coach Keith Kirby was glad to see his team pick up the win.

Lions Head Coach Chris Hammon was disappointed by the loss, but he gave credit to North Sand.

“North Sand Mountain has a really good football team,” said Hammon. “We didn’t have some things go our way, but we have to overcome that adversity and keep fighting. We have to regroup and come back next week.”

It took North Sand three plays to get on the board Friday night. Less than a minute into the game, quarterback Lake Bell connected with Derek Bearden for a 36-yard touchdown. Section was forced to punt on the following possession. Bell caught the punt on a bounce, and ran it back untouched for a touchdown. His extra point was no good, and NSM took a 12-0 lead early in the game. On Section’s next play, quarterback Jace Holcomb found a wide-open Dominick Blair for a 57-yard touchdown. Alex Guinn’s point after was good and Section pulled within five points. It would be their only score until late in the game. The two teams traded interceptions in the quarter. Fernando Luna scored on a 30-yard touchdown after Jacob Kirby picked off Holcomb. Bell punched in the two-point conversion to give NSM a 20-7 lead after one quarter of play.

Luna found the end zone again with 7:58 to go in the second, and he added the two-point conversion to give NSM a 28-7 lead. After both teams fumbled on back to back to back possessions, NSM righted the ship when Bearden took a screen pass from Bell 16 yards to the end zone. The two-point try was unsuccessful, and NSM took a 34-7 into halftime.

NSM would score in its only possession of the third quarter. Bell threw his this touchdown of the night to Kirby, who laid out to make the catch. Bell’s PAT was no good, and NSM led 40-7 after three.

Section’s Drake McCutchen scored a touchdown late in the game.

Section, which fell to 2-2 and 1-1 in region play, will receive a forfeit win from Ider next week because of COVID-19 concerns. Hammon said he will try to schedule a “game of no record” next Friday.

NSM will travel next week to take on region foe Tanner. Kirby is ready to see what his team can do.

“From what I’ve seen of [Tanner], they look pretty good,” said Kirby. “We’ll have to get in here Sunday and get a good game plan together and be ready to go.”