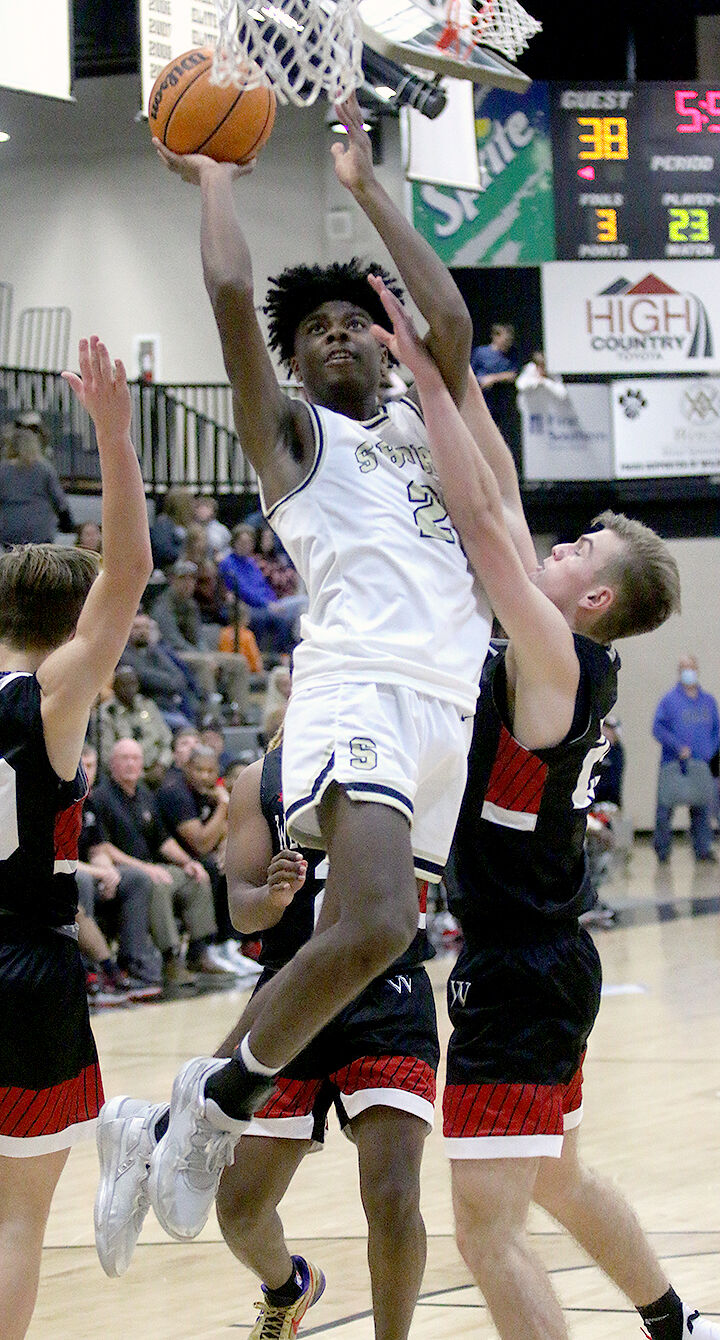 Tyson Sexton (2) gets between Westminster Christian defenders for two of his team-high 18 points during Scottsboro's 62-46 victory. 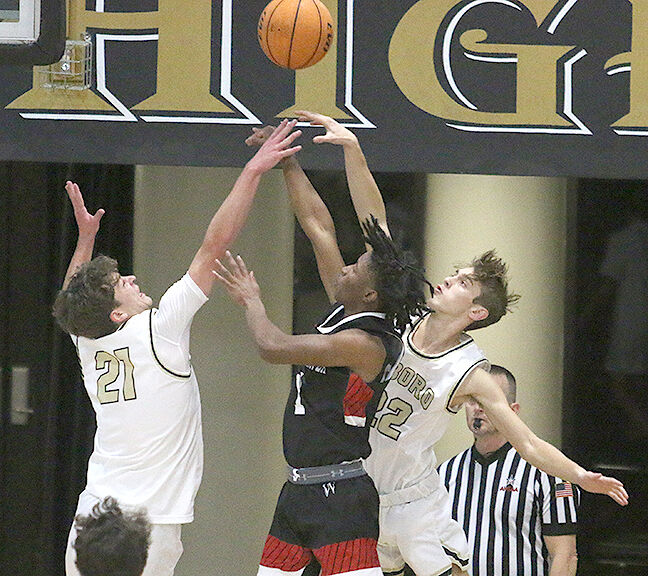 Parker Bell (3) goes in for a layup near the end of the third quarter of Scottsboro's 62-46 win over Westminster Christian.

The Scottsboro varsity boys basketball had a chance to fold under pressure Friday night.

But instead the Wildcats rose to the occasion.

Scottsboro countered a big Westminster Christian comeback attempt in the second half to post a 62-46 victory at Hambrick Hall.

“We gritted it out,” said Scottsboro head coach Jason Bell. “We played so well in the first half and we knew (Westminster Christian was) going to make a run because they’re a good team. They came out and set the tone in the third quarter and we didn’t match their energy until the very end of it. They turned the energy up on us and we finally responded. We’re not going to panic. Our guys have played a lot of close games.”

The win was Scottsboro’s 17th straight victory on its home court.

The Wildcats were red-hot from the field in the first half, racing out to a 42-16 halftime lead. But Scottsboro (4-0) went cold to start the second half, and Westminster Christian opened the third quarter with a 20-0 scoring run to pull within 42-36 with 1:59 left in the third quarter.

Scottsboro finally broke its scoring drought with Parker Bell’s 3-pointer with 1:39 left in the third quarter, and another Parker Bell bucket and two free throws from Seth Whitmire gave the Wildcats a 49-36 lead after three quarters. Scottsboro’s lead never dipped below 13 the rest of the way.

“At the end of the third quarter and in the fourth quarter, we changed defenses a few times and that gave (Westminster Christian) a little bit of trouble,” Bell said. “Just a good win by our guys.”

Tyson Sexton finished with 18 points for Scottsboro while Parker Bell netted 13, Whitmire had 10, Blake Jones had nine, Ethan Roberts had six and Cordell Worthy and Kyle Wright had three each.