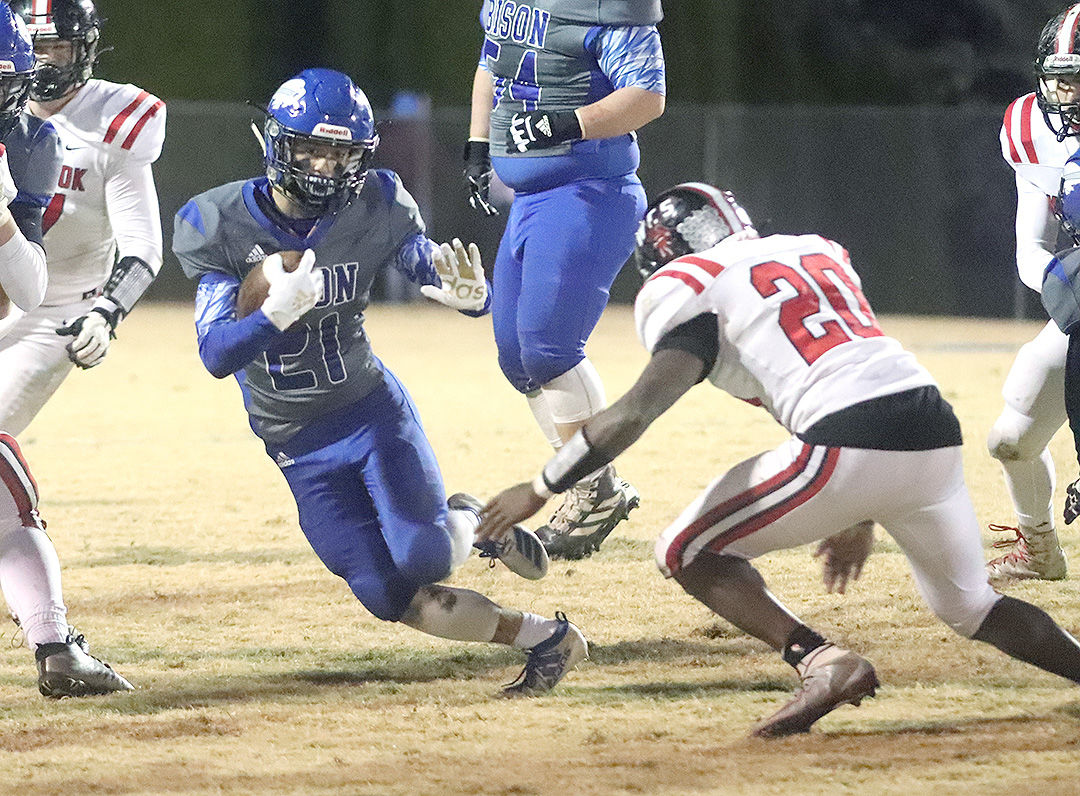 Damon Gentle (21) and NSM advanced to the program's first state quarterfinal appearance with a 35-13 Round 2 win over Westbrook Christian. 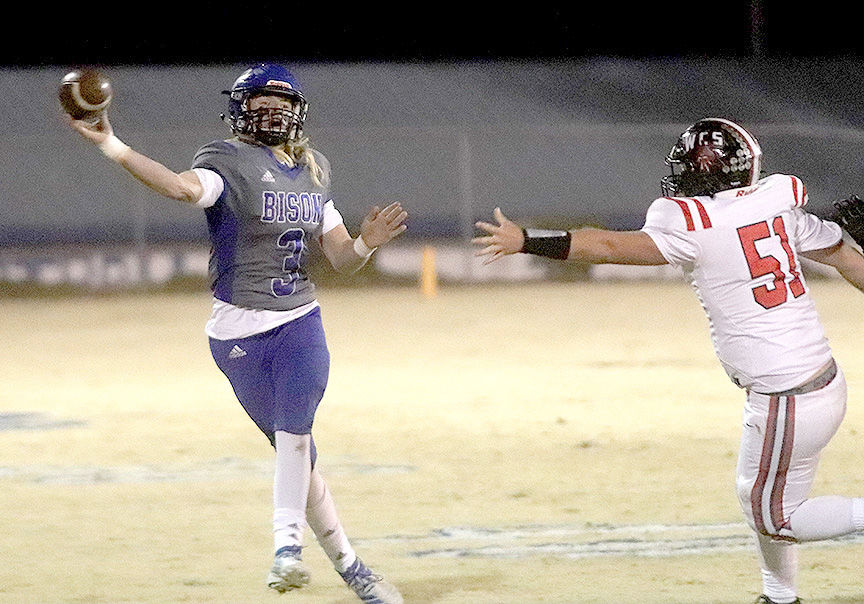 Damon Gentle (21) and NSM advanced to the program's first state quarterfinal appearance with a 35-13 Round 2 win over Westbrook Christian.

Head coach Keith Kirby has stressed to his North Sand Mountain football team this week about the opportunity that is in front of them.

Not only are the Bison in the AHSAA state football quarterfinals for the first time in school history, but they have the opportunity for revenge.

NSM (9-3) faces No. 3-ranked Collinsville (11-1) in a Class 2A quarterfinal contest Friday at 7 p.m. at Chad Hawkins Field in Collinsville.

That loss stung, Kirby said, because “we didn’t show who we really are” during that setback. Now the Bison get a shot at making up for that defeat.

“Very rarely in football do you get a second chance,” Kirby said. “We’re very fortunate to have the opportunity. It’s going to be a big challenge — it’s supposed to be at this point — but we’re excited to get the chance to play a very good team again. We weren’t clicking that first game, we didn’t show who we really are. We want to show that wasn’t us.”

It's the only the sixth all-time meeting between the schools. Collinsville leads the series 3-2 after having won the last two meetings. Their meeting in 2018 — Collinsville won 15-12 in overtime — was their first in 29 years.

The NSM-Collinsville winner plays either top-ranked and defending state champion Fyffe (12-0) or No. 4 Red Bay (12-0) in the Class 2A semifinals next week. If NSM advances, it would host Red Bay but would travel to Fyffe, which along with NSM and Collinsville give Region 8 three of the four quarterfinal teams in the Class 2A North Bracket.

Friday’s game is the second time in school history the Bison have played a team twice in a season.

In 2016, NSM, then a Class 3A team, played Lexington in the regular-season finale and one week later in the first round of the playoffs.

Kirby said NSM’s rematch with Collinsville feels a bit different because of the length of time between the games.

“That was two months ago, basically a whole football season ago and we’re both different football teams now,” said Kirby, whose team scored the most points Collinsville’s defense has allowed during a game this season. “Both of us will do some different things. Collinsville won, so I’m sure they’ll want to replicate things (from the first game) but I’m sure they’ll have some other twists.”

NSM used an offensive twist to reach the quarterfinals during its 35-13 win over Westbrook Christian. After leaning heavily most of the season on the arm of quarterback Landon Green (120-of-188 passing for 2,153 yards and 25 touchdowns), the Bison’s rushing attack ran for 388 yards and four touchdowns with Damon Gentle amassing a career-high 213 yards and three scores. Gentle now has 876 rushing yards and 11 touchdowns on the season.

Defensively, NSM has put together back-to-back strong performances in playoff wins over No. 9 Addison and Westbrook Christian. It’s not the same defense that faced Collinsville in Week 2 when nine players were making just their second start. Kirby hopes the experience those players have gained since helps the Bison slow up a Collinsville offense averaging 41.9 points per game.

The Panthers reached the quarterfinals by defeating No. 2 Ohatchee 21-14 last week. Dual-threat quarterback Kaleb Jones keyed the Collinsville win, rushing 149 yards and a touchdown on 26 carries while finishing 9-of-12 passing for 104 yards and two touchdowns. Jones threw a 6-yard touchdown pass to Dalton Hughes with less than four minutes remaining for the winning score.

“You’ve just got to contain, slow him down, because you’re not going to stop him completely,” Kirby said of Jones. “There are a lot of really good players around him, but he’s the main (cog). I feel like he put on a show against us (in Week 2).”

Collinsville, which is celebrating its 100th year of football, is making is first quarterfinal appearance since 2011 and its sixth all-time.

“Everybody’s excited. It’s a real honor to be practicing this time of year, glad to still be playing. We’ve made some history and we know it’s a chance to make some more. We’re glad we’re playing this week. Hopefully, we’ll get another week after that.”