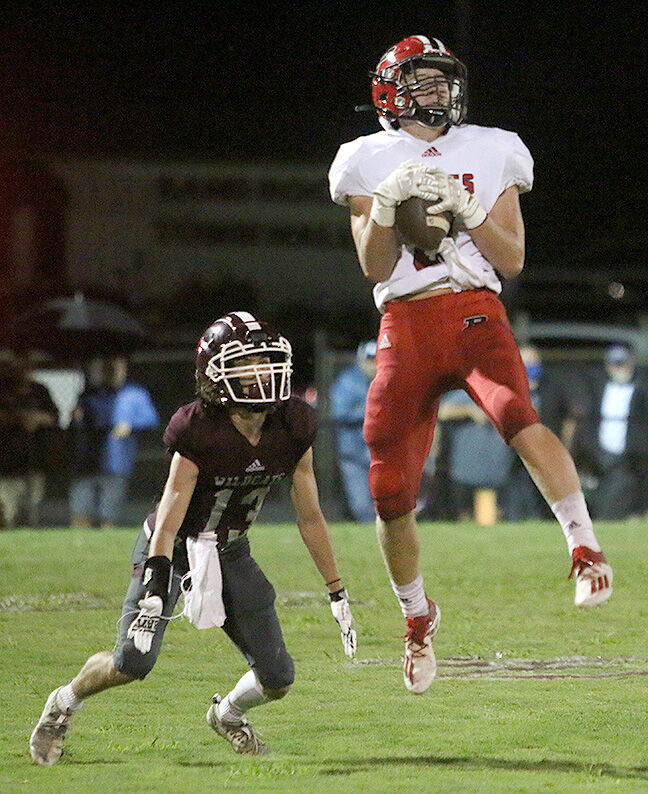 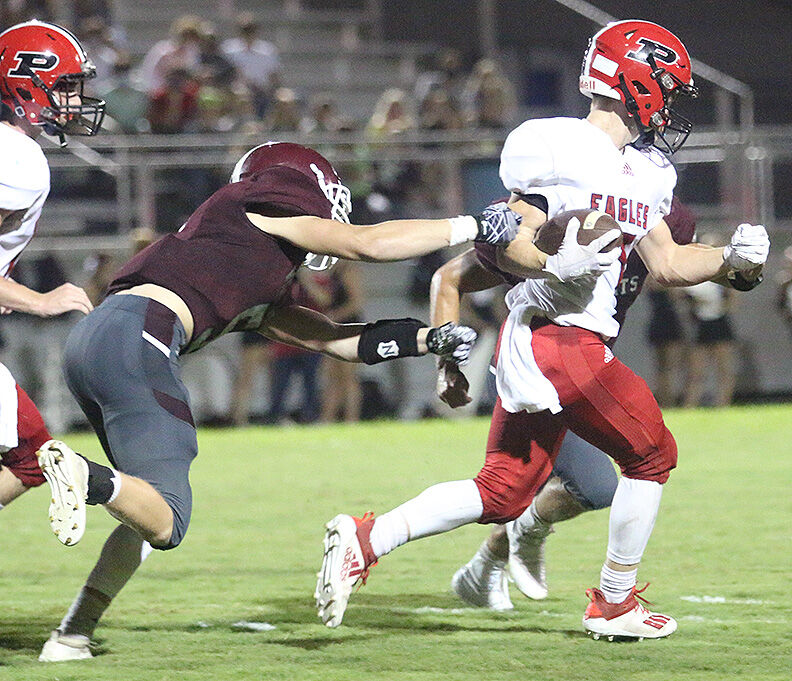 The Pisgah football team dominated the first quarter and change against Sand Rock.

But momentum swung Sand Rock’s way early in the second quarter and never swung back.

Sand Rock scored three second-quarter touchdowns and went on for a 25-3 win over the visiting Eagles Friday night at Russell Jacoway Stadium.

It was Sand Rock’s fourth straight win over Pisgah in a series Sand Rock now leads 13-4.

Things started well for Pisgah (0-1). The Eagles ran 20 of the game’s first 23 offensive plays, but a 13-play drive to start the game ended with  a botched snap on a field-goal attempt while the their second drive culminated in John Burke’s 36-yard field goal with 10:01 left in the second quarter for a 3-0 lead.

But Sand Rock (1-0) took control after that, as Olin Pruitt’s 60-yard touchdown reception swung the momentum in the Wildcats favor.

Sand Rock added two more scores — touchdown runs of 15 and 1 yard by Jacob Cornejo and Ace Ashley respectively — before halftime to build an 18-3 lead. Sand Rock capped the scoring on Cornejo’s 62-yard touchdown catch from Ashley with 10:57 left in the third quarter.

Ashley finished 7-of-12 passing for 233 yards and two scores for Sand Rock, which was limited to 49 rushing yards on 24 carries.

Parker Law was 6-of-16 passing for 55 yards while also rushing for a team-high 72 yards on 10 carries. Mason Holcomb added 20 yards on six carries while Rhyan Barrett had 16 yards on three carries and caught two passes for 17 yards before leaving with an injury early in the second quarter.

Pruitt said Monday that Barrett’s status for Friday’s game with Plainview was not yet known.

Holcomb (18 yards) and Grant Smith (22 yards) had two catches each for Pisgah. Caiden Hawkins led the Eagles defense with five tackles while Law had an interception.

“We were in control and we only came away with three points,” said Pisgah head coach Luke Pruitt said. “After Rhyan got hurt, we had a lot of puppies (freshmen) out there whose roles changed and it was tough. Our kids didn’t quit, kept battling, and had some kids show some leadership out there. That was a positive. I think we’ll respond.”