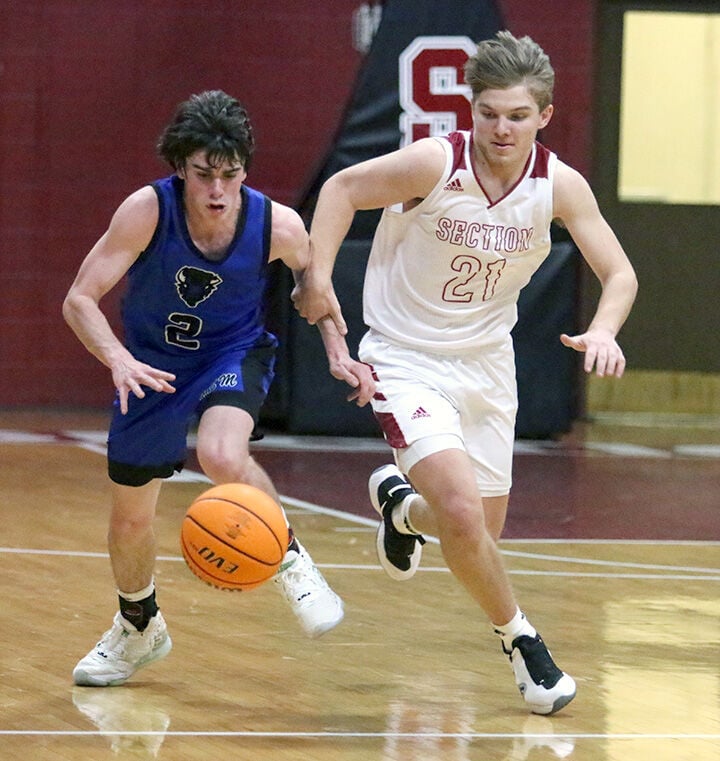 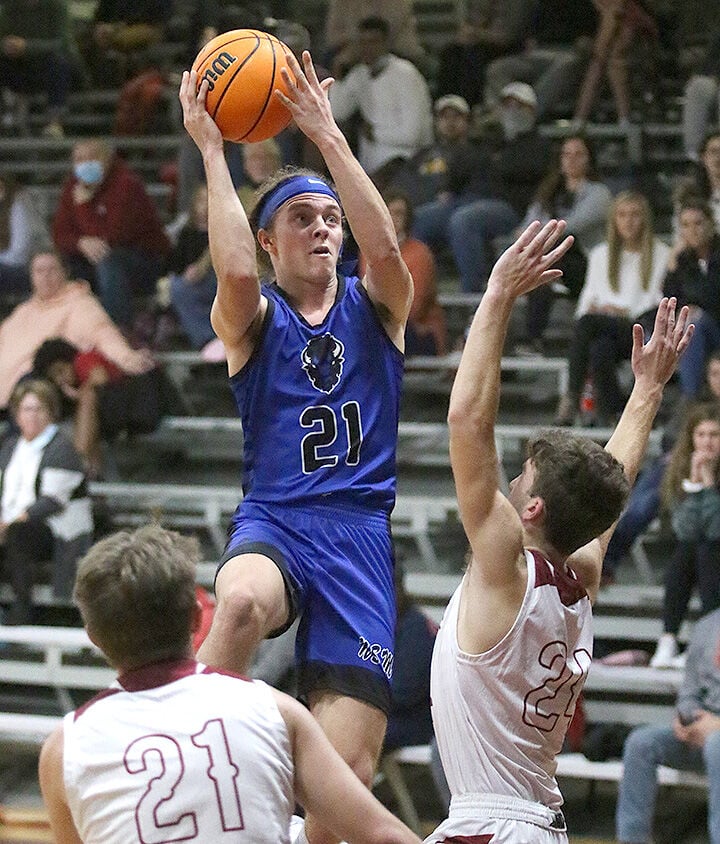 NSM's Derek Bearden goes up for a shot as Section's Alex Guinn defends. 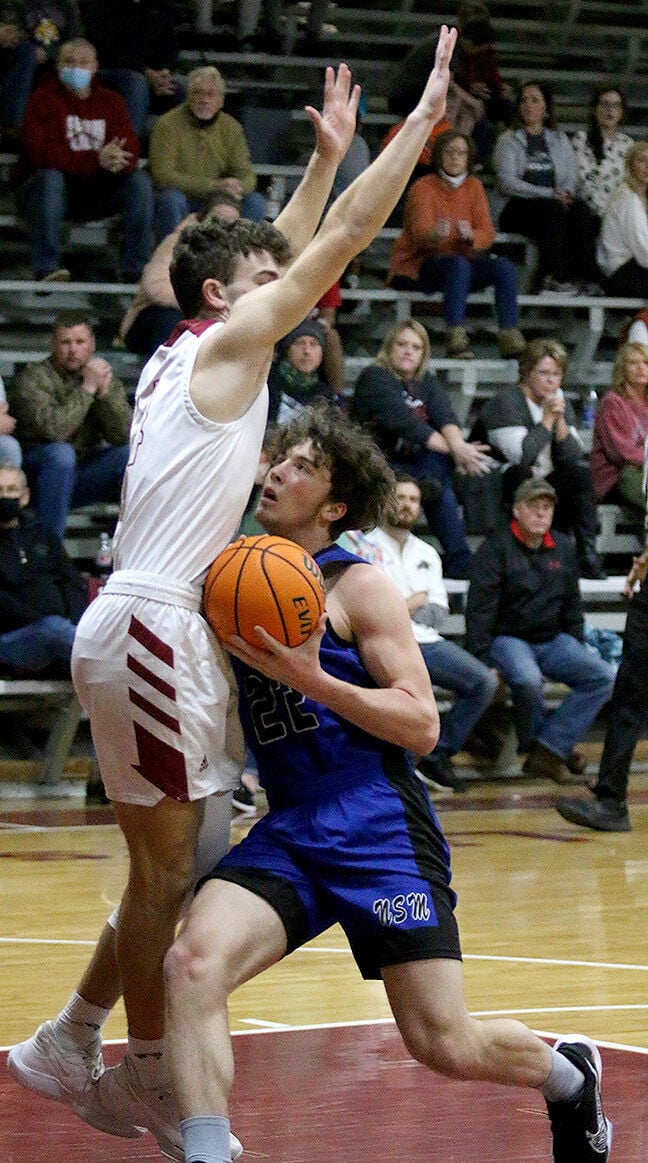 NSM's Chandler Sullivan tries to get past Section's Alex Guinn for a basket.

NSM's Derek Bearden goes up for a shot as Section's Alex Guinn defends.

NSM's Chandler Sullivan tries to get past Section's Alex Guinn for a basket.

The North Sand Mountain varsity boys basketball team has a well-earned reputation for its offensive prowess.

But the Bison showed Friday night they can win an important game when they’re shooting touch is off.

Class 2A No. 4-ranked NSM (12-4, 3-0) used a strong defensive effort and some timely second-half baskets to gradually pull away from No. 6 Section for a 66-48 Class 2A Area 15 victory at Section High School.

“I know people don’t think so, but we do practice defense,” said NSM head coach Cole Hicks with a laugh. “Our defense led to our offense. We were able to force a few turnovers and go on a run and hold on to win. It should build some confidence knowing we can win on nights you don’t shoot the ball well.”

“Huge win,” Hicks said. “In area (play), you tell (your team) you’ve got to win at home and steal some on the road. We (won) some (on the road) and now we’ve got to take care of business at home.”

All three of NSM’s remaining area games vs. Ider (late Tuesday), Pisgah (Friday) and Section (still to be rescheduled) will be played at home.

The teams traded baskets throughout the first half, with NSM leading 16-11 after one quarter and 28-24 at halftime. The Bison’s lead was cut to 42-29 following a Gabe Hilley basket for Section with 1:44 remaining in the third quarter. But Luke Maples scored four baskets over the final 1:36 to give the Bison a 50-39 lead entering the fourth quarter, where NSM’s lead never dipped below eight before the Bison closed on a 10-2 run.

Maples led four Bison in double figures with 20 points. NSM also got 17 points from Russ Marr, 11 from Chandler Sullivan and 10 from Derek Bearden.

“We just never could get in an offensive rhythm,” said Section head coach Derek Wynn. “Defensively, played probably as good as we could. Played hard, physical. To hold them (to 66 points), you feel real good about that. That’s something to build on. But we just couldn’t make enough shots. Things didn’t go our way, but hopefully we play them a few more times down the road.”