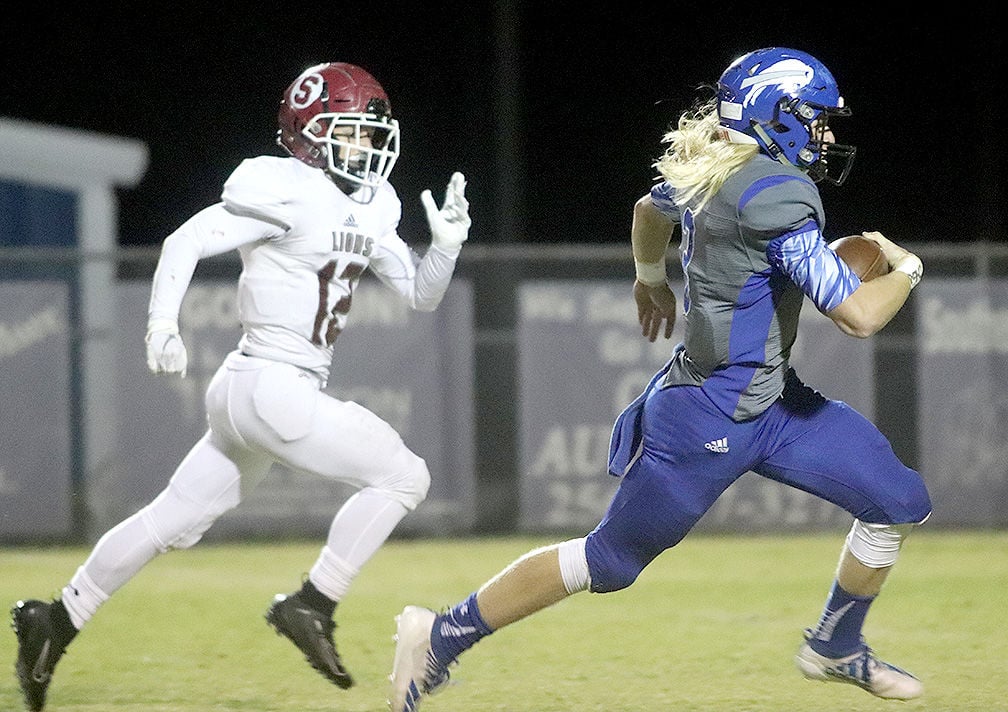 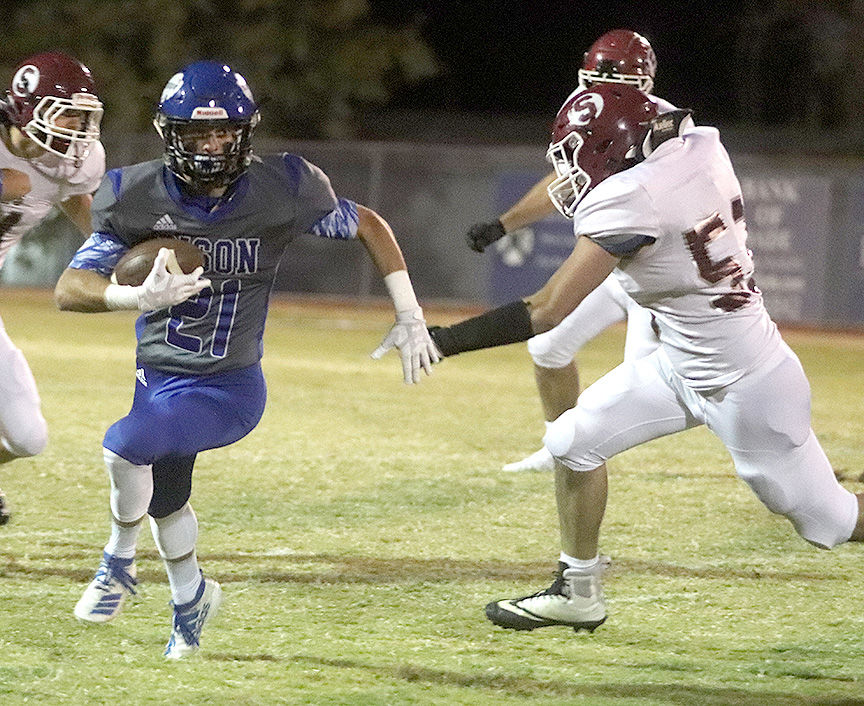 HIGDON — North Sand Mountain has pulled ahead in one of Jackson County’s most competitive rivalry series.

NSM raced out to a big first-quarter lead and went on to defeat visiting rival Section 49-7 in Class 2A Region 8 play Thursday night at Lloyd Dobbins Field in Higdon.

The win moved the Bison into the lead in the long-running series between the schools. NSM now holds a 23-22-1 series lead. The Bison have now won the last three games in the series.

“The kids came out and did what they were supposed to do,” said NSM head coach Keith Kirby. “It was Senior Night, so we were glad we sent them out on a good note. It was good to get back on track and get ready for another rivalry game next week (at Pisgah) and the playoffs to come.”

Gentle’s 59-yard touchdown run and the first of Tyler Scott’s five PATs gave the Bison a 7-0 lead. Bell then caught a 69-yard touchdown pass from Green before Gentle scored on an 11-yard run and Green scored on a 59-yard run for a 27-0 NSM lead after one quarter.

Section responded with Jace Holcomb’s 9-yard touchdown pass to Gabe Hilley and Leo Viljanen’s PAT to cut the NSM lead to 27-7 early in the second quarter. But Green countered with touchdowns passes of 23 yards to Gentle and 59 yards to Bell and a two-point conversion run after a bad snap on a PAT attempt to send the Bison into halftime with a 42-7 advantage. Bell closed the scoring in the third quarter with a 54-yard touchdown run.