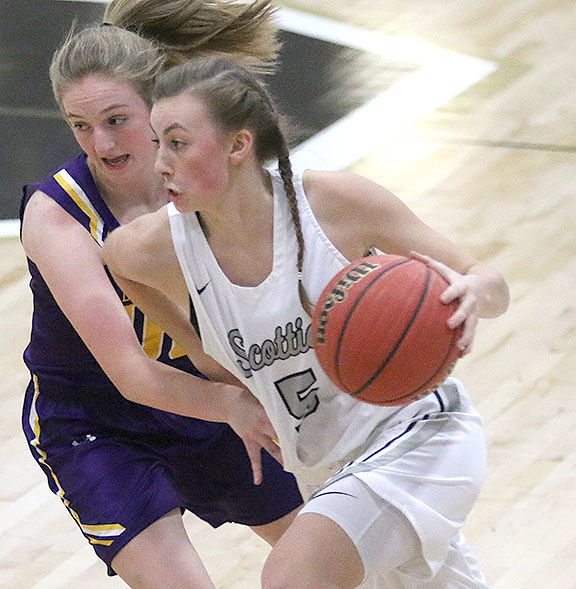 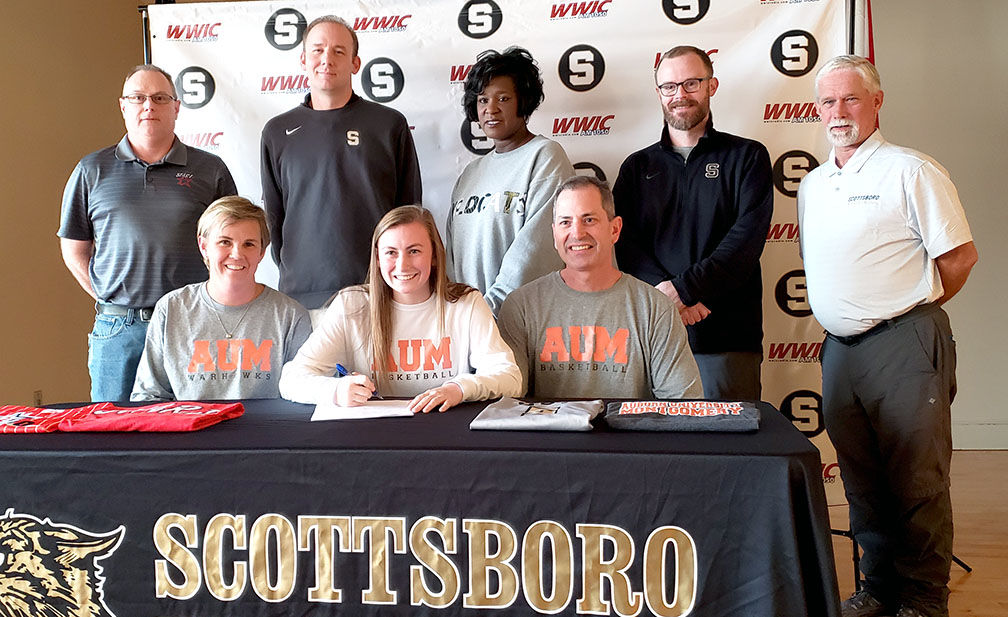 It became Carley Bell’s dream to play college basketball not long after she took up the sport as a young child.

Now the Scottsboro High School senior is one step closer.

Bell finalized her college basketball future last week by signing a letter of intent with Auburn University at Montgomery.

“Playing college basketball has always been a goal and dream of mine,” Bell said. “I’ve worked so hard for it. I’m just blessed to get the chance.”

Bell committed to AUM back in July and never wavered on that commitment.

“The coaches there are awesome and I like what they’re trying to do there,” Bell said. “The players were great, really nice, when I visited. The atmosphere there is really good. I’m a senior leader on my team now, but I’ll be a freshman next year, starting over, and I’m excited about going in and trying to earn my spot and contribute to the team.”

Bell believes she will fit well into AUM’s up-tempo style of play.

“They play multiple guards, usually at least two combo guards and a point guard, at one time. They play fast and get up and down the court. That’s a fun style of basketball.”

Bell is a four-year varsity player and a three-year starter for Scottsboro. She joined the Scottsboro varsity girls basketball team as a freshman, even hitting the winning free throw with 0.1 second left in the Wildcats’ Class 5A Area 14 Tournament semifinal win over Crossville. As a sophomore she became a starter in the second half of the season during Scottsboro’s run to the Class 5A State Tournament and played a key role in helping the Wildcats reach the Northeast Regional championship game last season. Bell averaged 10.7 points, 2.7 rebounds, 3.1 assists, 1.4 steals per game and made 29 3-pointers last season.

After missing Scottsboro’s first three games of the 2019-20 season because of a foot injury, Bell returned against Madison County on Nov. 14 and scored 13 points while also hitting the game-winning 3-pointer with 11 seconds remaining.

“Everybody knows how good of a basketball player she is, but she’s just as good a kid,” said Scottsboro head coach Brandon Childers. “She loves basketball as much as any kid I’ve ever coached, works as hard at it as any I’ve ever coached. There’s no question about her work ethic. She has a really good skill set. She can play (point) or (shooting) guard. She shoots it well, can dribble and create her own shot, which is big in college. I think (AUM) is a good fit for her.”

Bell said she was glad to have her college basketball future mapped out so she could “relax and play basketball” during her senior season.

“The relief came when I committed in July,” she said. “I was blessed to have a decision to make to where to go, but it was a little stressful. I’m 100 percent focused on the present and helping my team at Scottsboro.”

“My career at Scottsboro has meant the world to me,” Bell said. “I have had the opportunity to play with some amazing athletes that have also gone on to play college ball. All of my teammates have been so supportive of me and continue to encourage me. My teammates, past and present, have become more like family and I know that they are people I can count on for a lifetime.

“Our team this year has so much drive and grit and I’m just so excited to see where it takes us. If we all stay bought in, we can accomplish anything we want and I’m ready to go to battle with my teammates each night.”