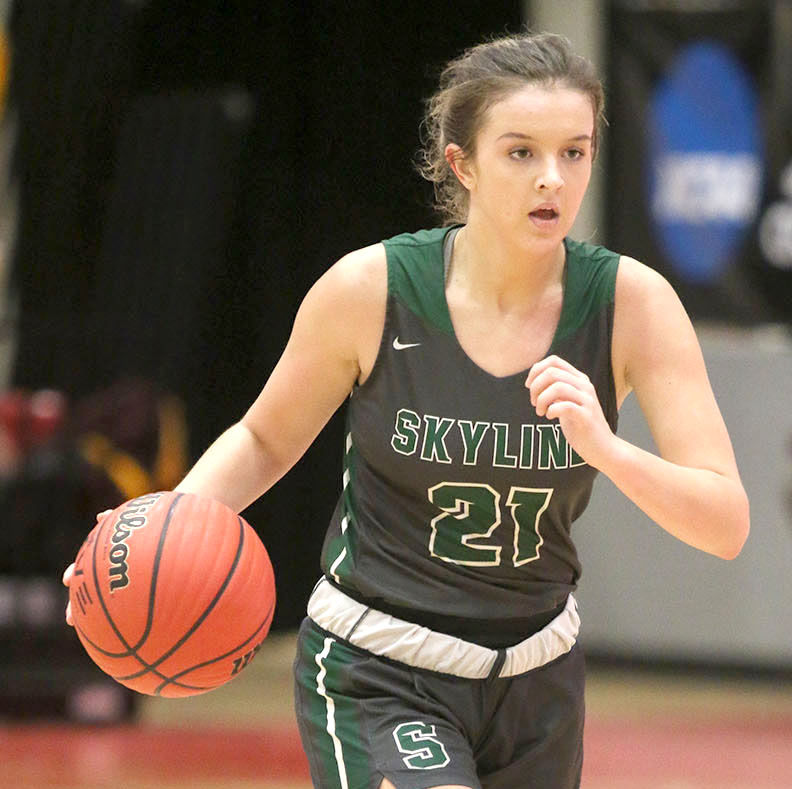 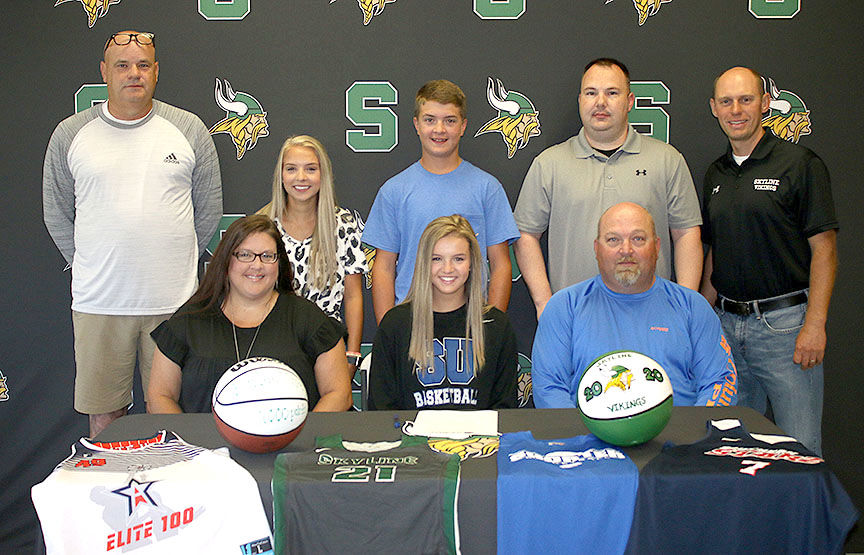 Bailee Usrey looks back on her Skyline High School basketball career with fondness and joy.

She was part of the winningest stretch in school history, including the program’s first ever state championship game appearance. More memorable are the people she shared the journey with, she said.

“The girls, the coaches — everybody’s been great,” Usrey said. ““Couldn’t have asked for anything better. I’ve loved it here. I’m sad it’s over, but I’m excited for what’s to come.”

What is to come is a collegiate basketball career.

Usrey signed a letter of intent to continue her playing career at Shorter University of Rome, Georgia during a signing ceremony at Skyline High School on June 12.

Shorter is an NCAA Division II school that competes in the Gulf South Conference.

Usrey said Shorter “felt right — coaches, campus, location, I liked it a lot. I know most of the girls going there. I pretty much knew that was where I wanted to go to school.”

Usrey began her varsity basketball playing career as an eighth-grader at Woodville High School before transferring to Skyline after the 2015-16 season. At Skyline, Usrey scored more than 2,000 career points and finished as the school’s all-time leading scorer. She was a 2020 ASWA Class 1A Player of the Year finalist, a two-time ASWA first-team all-state selection in 2019 and 2020 and a third-team all-state pick in 2018, a 2019 Class 1A All-State Tournament selection, a two-time Class 1A All-Northeast Regional Tournament selection and the 2019 Class 1A Northeast Regional MVP and a four-time All-Jackson County selection.

Of all the accomplishments and stats Usrey produced during her Skyline career, Skyline coach Ronnie McCarver said Skyline’s 105-25 record during Usrey’s career is most impressive.

“Her will to win is unreal. We could really get on her and she would respond. She just wants to win,” McCarver said. “She’s contributed a ton (to the program). Really going to miss her at Skyline, but Shorter is getting a really good student-athlete.”

Usrey is “excited” for the academic and athletic opportunities coming her way at Shorter.

Usrey plans to major in bio-chemistry with plans to enter pharmacy school at Jackson, Tennessee-based Union University , which partners with Shorter, after her playing career ends.

“I’m excited,” Usrey said. “I’m ready for this next chapter in my life.”