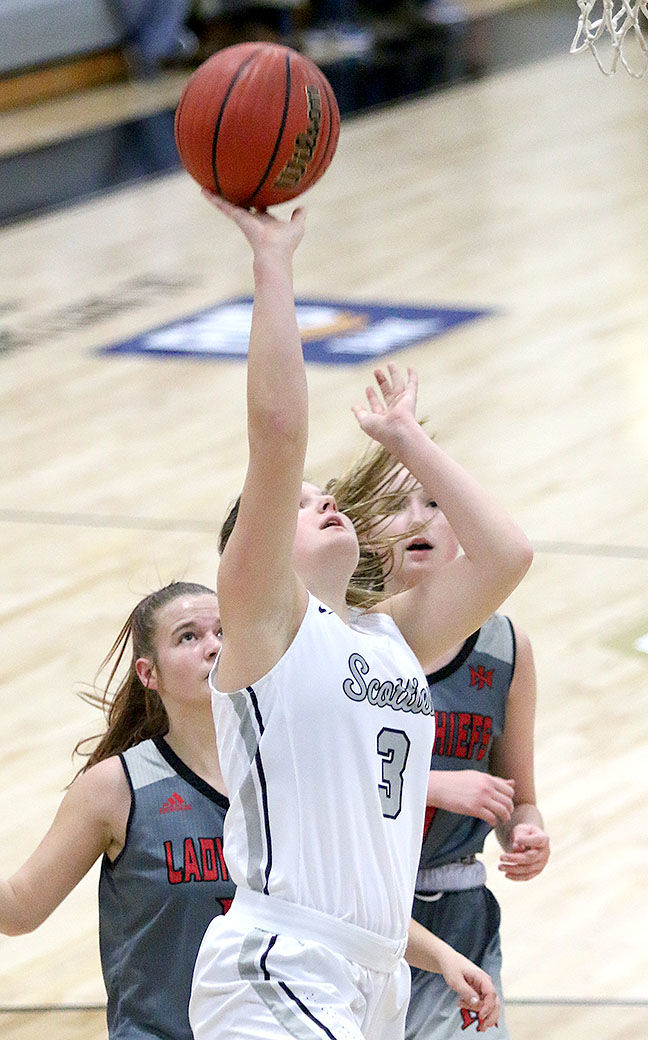 Allie Scott goes in for a layup during Scottsboro's 62-36 win over archrival North Jackson Thursday night at Hambrick Hall. 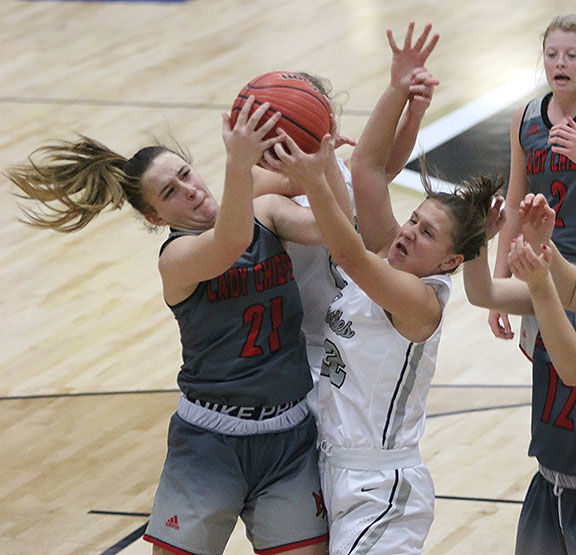 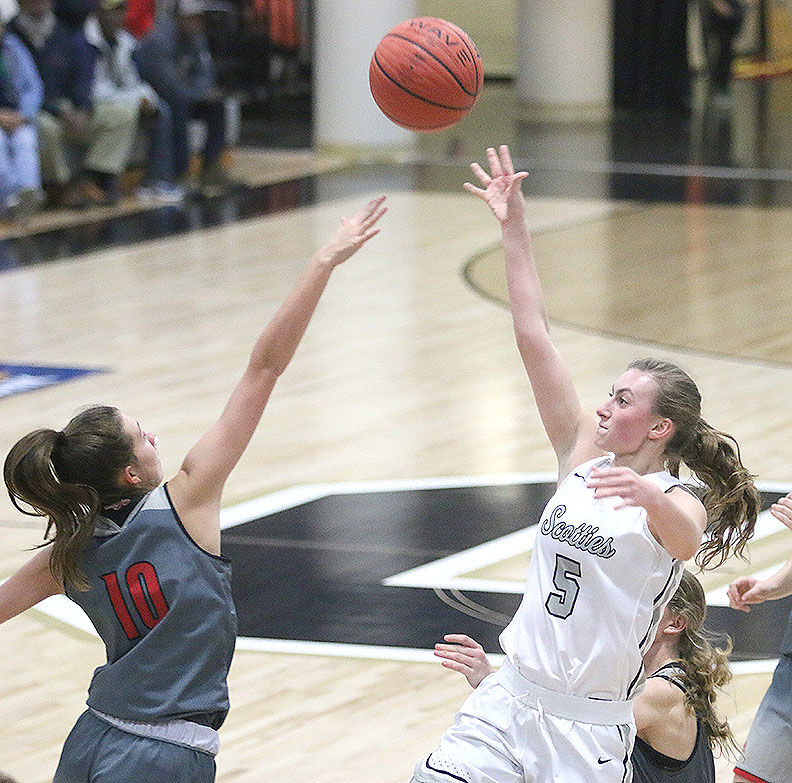 Allie Scott goes in for a layup during Scottsboro's 62-36 win over archrival North Jackson Thursday night at Hambrick Hall.

The message was received.

Scottsboro scored the game’s first 10 points and cruised to a 62-36 victory over visiting North Jackson at Hambrick Hall Tuesday night.

“We came out with energy, with passion,” Childers said. “Our press, we got some turnovers, and we made some shots. All the stuff you want to do. We came out and played hard.”

The win gave Scottsboro a season sweep of the teams’ rivalry series. The Wildcats defeated North Jackson 62-47 in Stevenson back on Nov. 21. Scottsboro has now won 19 straight games against the Chiefs and leads the rivalry series 53-13.

Carley Bell scored all of her game 22 points in the first half for Scottsboro (6-5), including 11 in the first quarter. The AUM signee sank five 3-pointers. Allie Scott netted 12 points while Maggie Armstrong added eight and Olivia Tubbs had six.

Summer Varnum scored 14 points for North Jackson (5-5), which had its five game-winning streak snapped. The Chiefs also got six points each from Alexis Moore and Sarah Morgan.

Scottsboro got a free throw from Audrey Holland and three 3-pointers from Bell to take a 10-0 midway through the opening quarter. After a North Jackson bucket from Alexis Moore, Armstrong sank a 3-pointer and Scott converted a three-point play to push Scottsboro’s lead into double digits to stay.

After starting 0-3, Scottsboro has won six of its last nine games despite having senior Madison Holland sidelined with an injury.

“I like where we are,” Childers said. “We cut down our turnovers, especially our unforced turnovers. If we continue to do that we can be so much better. If felt like we made a lot better decisions (with the basketball) in this game. We haven’t really had Carly and Madison healthy at the same time, so once we get her back, and our young girls keep playing like this and getting better, I like we’re we’ll be.”