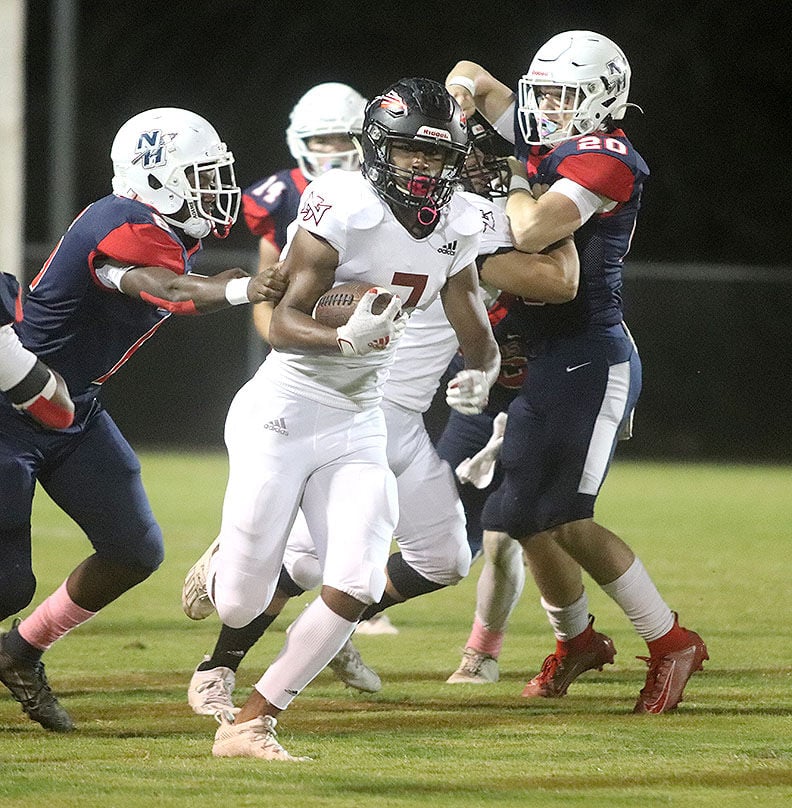 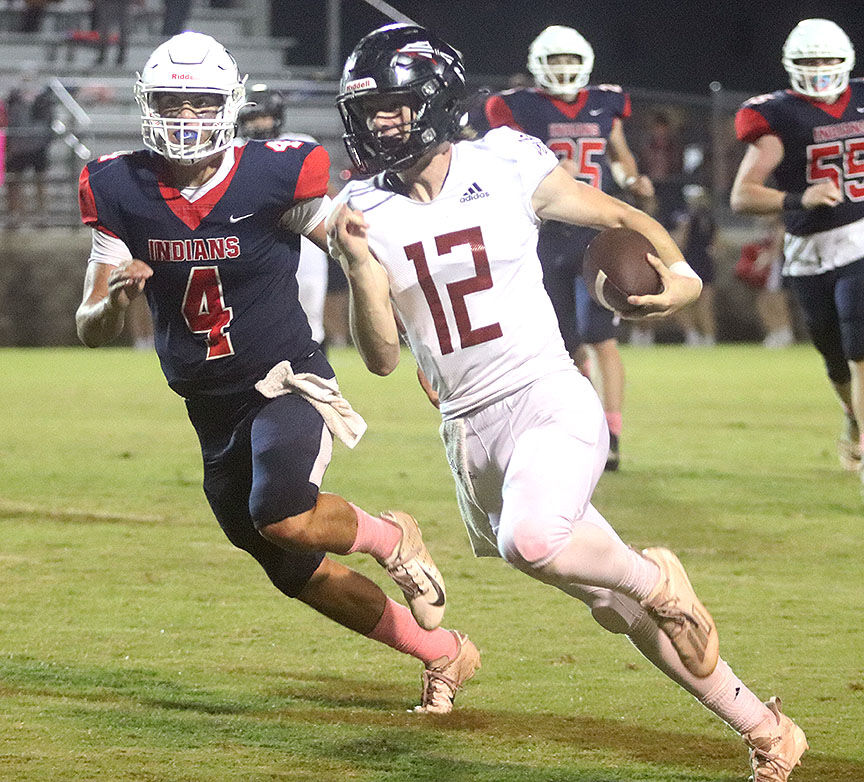 North Jackson quarterback Dalton Morris scrambles for yardage during a 33-28 win over NE wHope on Friday.

North Jackson quarterback Dalton Morris scrambles for yardage during a 33-28 win over NE wHope on Friday.

The North Jackson football team had trouble winning close games last season and the early part of this season.

But for two straight weeks, the Chiefs have shown they have learned to win the close ones.

North Jackson rallied in the fourth quarter to win for the second straight week, defeating New Hope 33-28 in its Class 4A Region 7 finale Friday night at Jack Mitchell Stadium in New Hope.

The Chiefs ran their winning streak to three games — they also defeated Randolph 43-24 on Oct. 10 and St. John Paul II 25-21 on Oct. 17 — by knocking New Hope, which needed a victory to make the playoffs, out of postseason contention. Randolph, thanks to its 47-0 win over DAR and North Jackson’s win over New Hope, earned the region’s fourth and final playoff spot.

North Jackson improved to 3-0 all-time against New Hope. Friday’s game was the first between the teams since 1989.

After New Hope tied the score, Lanier caught a 44-yard touchdown pass from Morris to give the Chiefs a 13-7 first-quarter lead. New Hope (4-5, 2-4) led 14-13 at halftime, and after North Jackson took a 21-14 after Lanier’s 6-yard touchdown run, the Indians went in front 28-21 on the first play of the fourth quarter.

The Indians drove to the North Jackson 35-yard line on their next possession before ultimately turning it over on downs.

North Jackson closes the regular season next week at home against Class 6A Fort Payne before visiting Good Hope in the opening round of the Class 4A playoffs on Nov. 6.