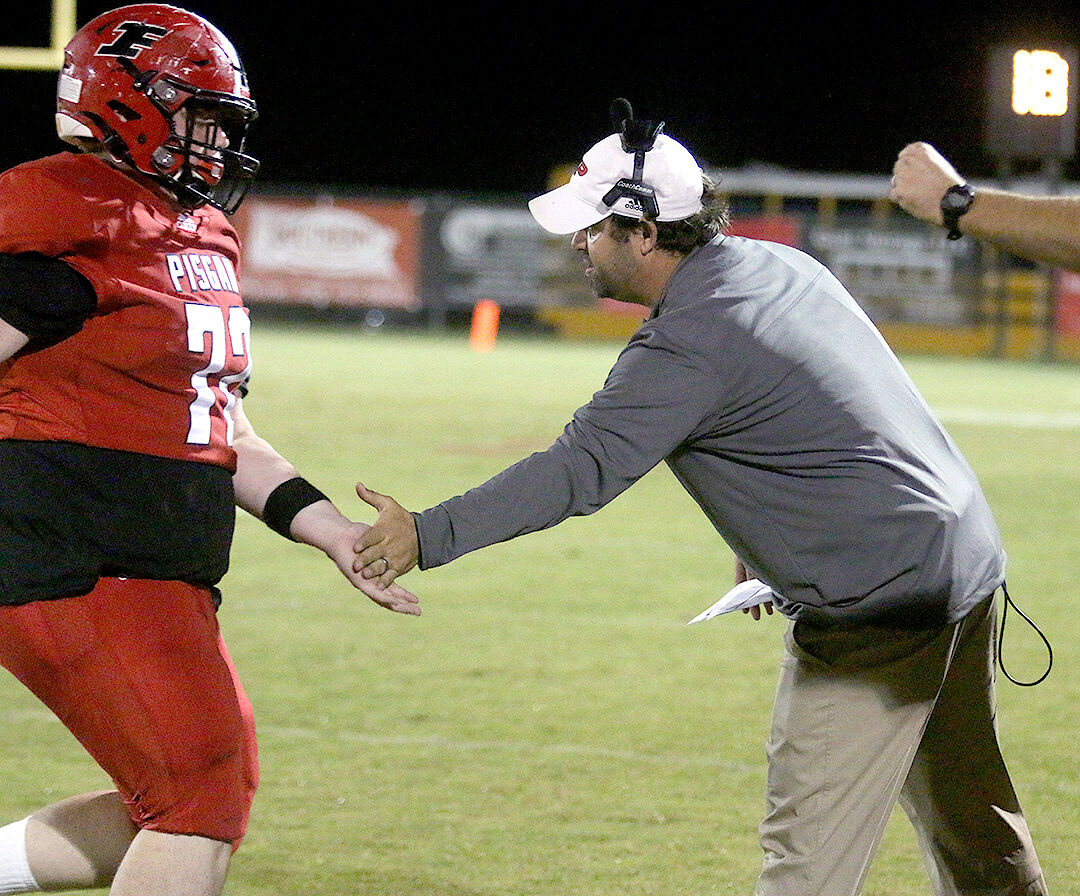 Pisgah head coach Luke Pruitt congratulates Thomas Barrett as he comes to the sideline after a defensive stop against Ider earlier this season. Pisgah plays Tanner for the region title on Friday. 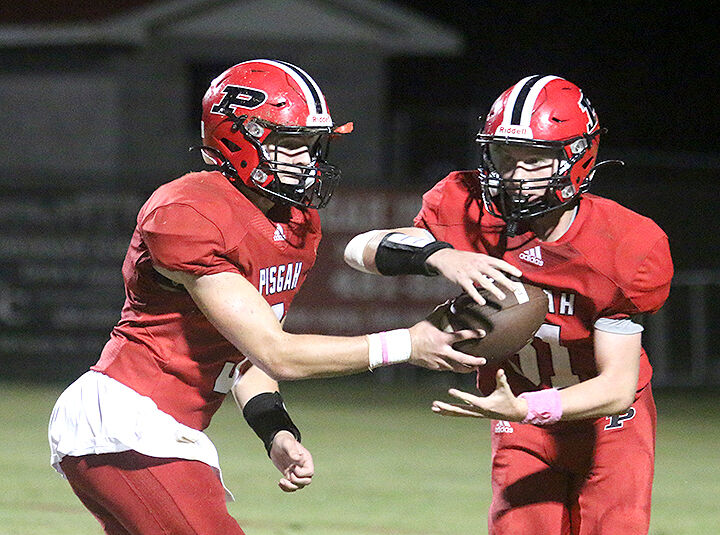 Pisgah head coach Luke Pruitt congratulates Thomas Barrett as he comes to the sideline after a defensive stop against Ider earlier this season. Pisgah plays Tanner for the region title on Friday.

One of Luke Pruitt's goals when took the head football coaching job at Pisgah in 2018 was to have the Eagles playing for region titles.

They will do just that Friday night.

Kickoff of the matchup, dubbed "Showdown at the Sam by the Pisgah students, Pruitt said, is set for 7 p.m. Friday at Sam Kenimer Stadium.

“This is a big step for our program,” Pruitt said. “We’ve all worked to get here. We’re really excited about this opportunity.”

It's just the third meeting between the teams in a series tied 1-1. Pisgah defeated Tanner 49-20 in a playoff game back in 2002. The Rattlers got a measure of revenge last season, topping the Eagles 50-26 in a game for the region's final playoff spot.

The rematch has a championship at stake. Pisgah, already guaranteed of hosting its first playoff game since 2003, is trying to end its 18-year region title drought.

Both teams had tough starts to the season — Pisgah lost its first three games while Tanner dropped its first two games — but  rebounded nicely and enter the matchup riding lengthy winning streaks. Pisgah has won five straight games, its longest win streak since the 2009 season.

Pisgah's defense has gotten stingy of late, allowing just 12 points over its last 10 quarters of play. The Eagles shut out a Section team last week that came in averaging 30 points per game.

“I’m just really proud of everybody on our team, players and coaches, because everybody’s contributed so much to get us here,” Pruitt said. “To be here from where we started is big. We played well enough to win those first three. The guys didn’t quit and kept getting better. This (winning streak) has been fun, but we’re not satisfied. We want to be first (in the region).”

Meanwhile, Tanner has won six in row. Outside of a 47-12 region victory over Whitesburg Christian and a 41-8 victory over Columbia, the owner of the state's longest losing streak (61 games), the Rattlers' wins have been of the nail-biting variety. Tanner defeated Section, Ider, North Sand Mountain and Falkville by six, three, seven and seven points respectively.

“They come at you and see if you can stop them,” Pruitt said. “We’ve got to get off blocks and tackling them is the deal. We can’t give up big plays. Got to make them drive it.”

Though the stakes are high, Pruitt said the Eagles have to keep doing what they’ve been doing during their winning streak.

“We can’t treat (this game) any different and we prepare the same (as for other games),” Pruitt said. “Our guys have done a good job of staying focused and not letting things we can’t control affect us. Focus on the things we can control and just go play.”