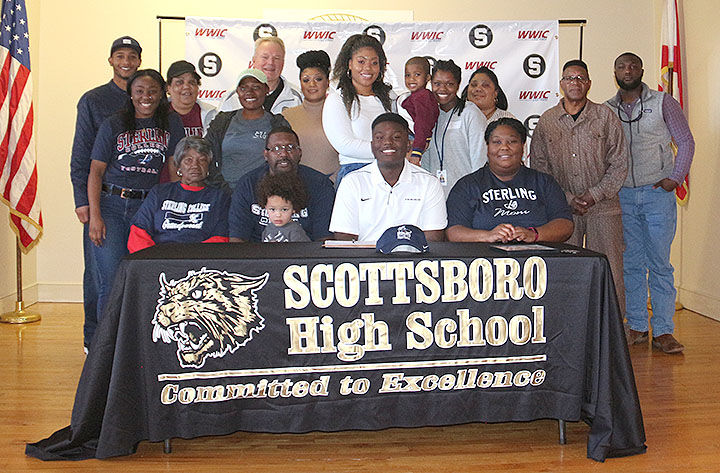 Scottsboro’s Michael Craft signed to play football for Sterling College last week. He is pictured with family, friends and coaches, including with his mother Cheryl Evans and his father Lebron Craft. 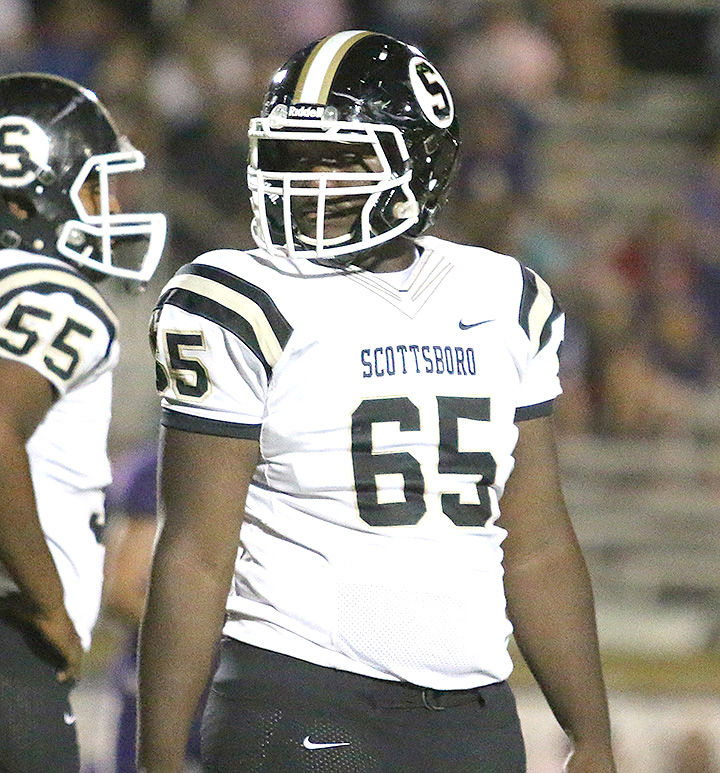 Scottsboro’s Michael Craft signed to play football for Sterling College last week. He is pictured with family, friends and coaches, including with his mother Cheryl Evans and his father Lebron Craft.

Scottsboro’s Michael Craft has taken the next step in his football career.

Craft signed to play football for Sterling College during a signing ceremony at Scottsboro High School in Feb. 14.

Craft said that Sterling College was a good fit for him, adding that he is excited to take this next step in life and that playing college football was something he has always wanted to do.

“It’s a good school. It has what I want to study and I just really liked the program,” he said.

Craft, who played defensive tackle for Scottsboro last season, said there are several things he will bring to Sterling College’s program.

“I’m a good teammate and a hard worker,” Craft said. “I’m excited to get out there and make a difference on the defensive side of the ball.”

“Big Mike has been with us ever since I got here,” Jacobs said. “He’s never missed a practice and he’s worked his tail off. This is a huge reward for him, to have the opportunity to go off to school and play a sport that he loves.”

Jacobs said this experience would pay off for Craft in the long run.

“He’ll meet a new set of friends and brothers,” the coach said. “It’s a good opportunity for him to grow and to get an education.”

Jacobs, who played football at the University of Alabama, said Craft would have to put in the work to be successful at the next level.