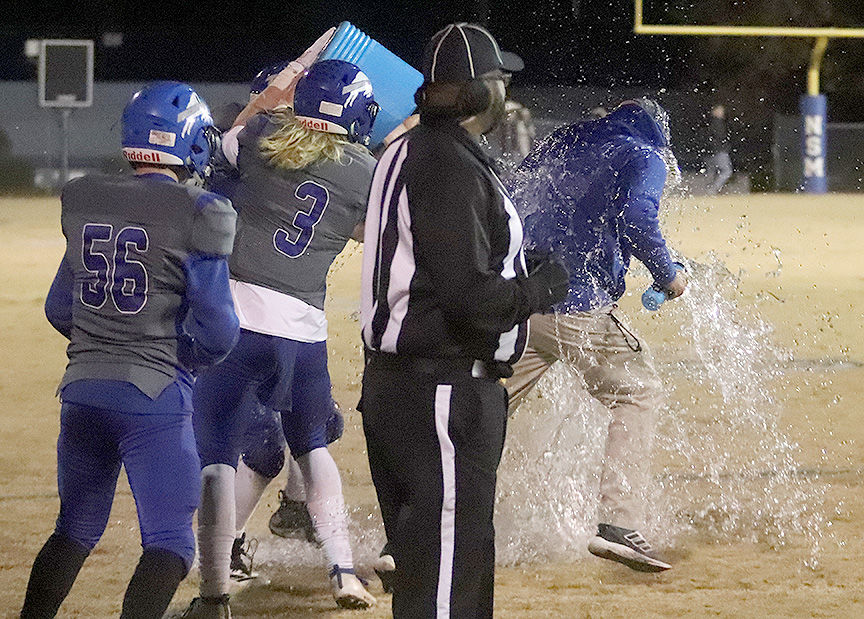 NSM head coach Keith Kirby receives a celebratory ice water bath as the Bison advanced to the Class 2A state quarterfinals with a 35-13 win over Westbrook Christian. 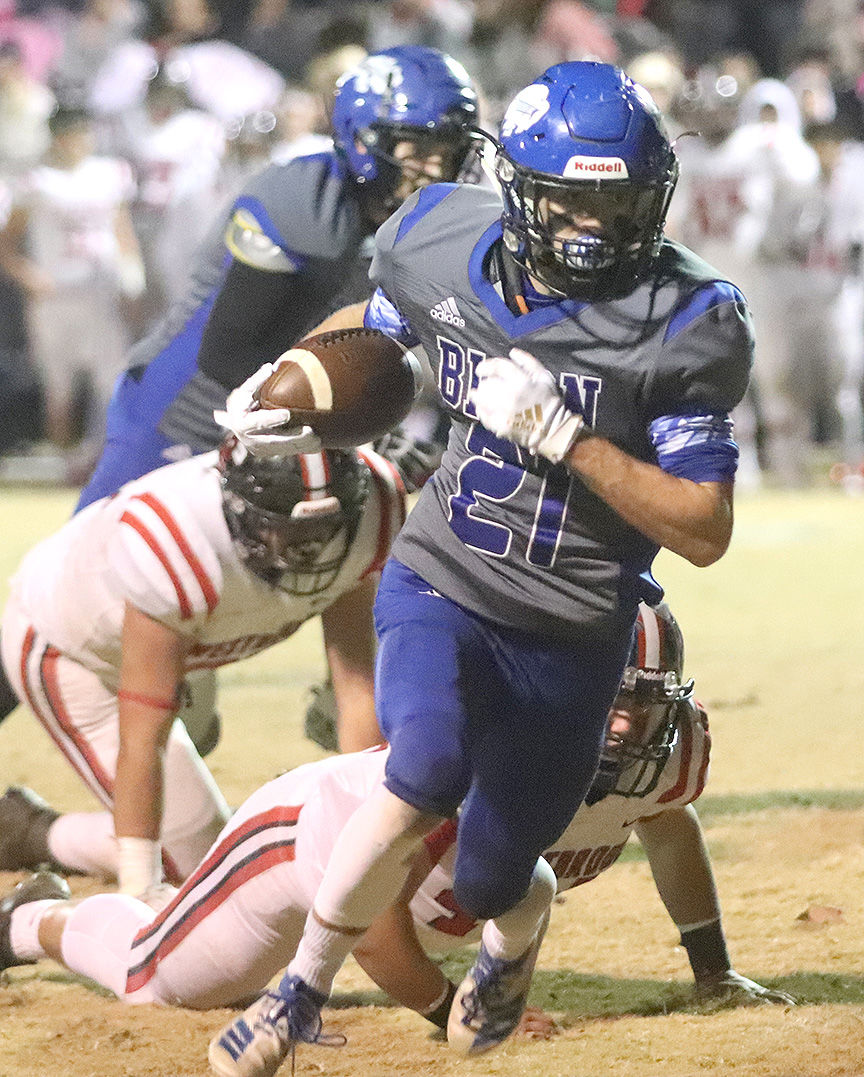 Damon Gentle ran for 218 yards and three touchdowns as NSM defeated Westbrook Christian 35-13 to advance to the Class 2A state quarterfinals for the first time in school history. 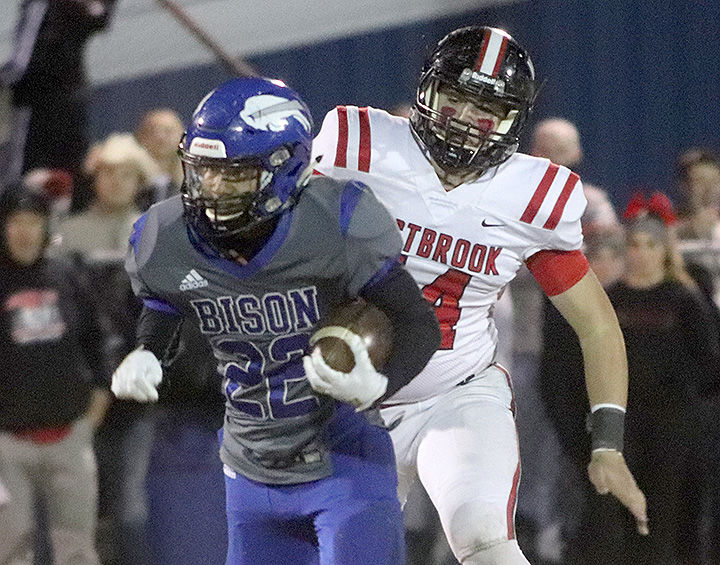 NSM head coach Keith Kirby receives a celebratory ice water bath as the Bison advanced to the Class 2A state quarterfinals with a 35-13 win over Westbrook Christian.

Damon Gentle ran for 218 yards and three touchdowns as NSM defeated Westbrook Christian 35-13 to advance to the Class 2A state quarterfinals for the first time in school history.

HIGDON — As chants of “Roll Herd” rained down from the North Sand Mountain stands, ice water rained down on NSM head coach Keith Kirby’s back.

NSM advanced to the state football quarterfinals for the first time in school history thanks to a 35-13 Class 2A second-round playoff victory over visiting Westbrook Christian Friday night at Lloyd Dobbins Field in Higdon.

“How about that?” Kirby said. “That makes you feel good. Excited for the kids. The history here hasn’t always been that good, hasn’t always been positive, but we’ve made some big steps through the years and this is another huge step.”

The NSM-Collinsville winner advances to the Class 2A semifinals against either No. 1 Fyffe or No. 4 Red Bay.

After qualifying for the playoffs only twice in its first 46 seasons, NSM has now gone eight of the last nine years. Friday’s win was the program’s first second-round victory in four tries, a breakthrough fueled not by its typical passing attack but by a ground game that ran for 388 yards and defense that Kirby said has put together its best performances the past two weeks.

“It’s been one of those years where people have played us some crazy defenses. It’s been something different every week. Got to be able to play against what they’re showing. If they’re giving you a run box, we’re going to run it. If they’re going to let us throw it, we’re going to throw it. We had a run box most of the night, and what did  we rush for, about 400 yards?” Kirby said. “The offensive line played good. Preached to them, and to our defensive line, all week about them resetting the line of scrimmage and us dictating things. We did a good job of that on both sides of the ball.”

Damon Gentle had a career-high 213 rushing yards and three touchdowns on 18 carries for NSM while Fernando Luna had 85 yards on 14 carries, Cade McBryar had 43 yards on two carries and Landon Green had 37 yards and one touchdown on nine carries. Green was 3-of-10 passing for 38 yards and one score.

Meanwhile, Westbrook Christian (8-4) was held to only 208 total yards and just 117 yards rushing. The Warriors committed two turnovers, an interception by NSM’s Derek Bearden and a fumble recovered by Gentle.

Green’s 4-yard touchdown run and his 27-yard touchdown pass to Jayden Culpepper — Green chased down as high snap and found the senior for the score — and the first of Tyler Scott’s five PATs gave the Bison a 14-0 second-quarter lead. Will Noles’ 4-yard touchdown cut the deficit to 14-7 for Westbrook Christian. NSM then turned the ball over on downs on its next possession, the second time during the first half that the Bison failed to score when driving inside the Westbrook Christian 10-yard line — NSM fumbled at the goal line on its first possession of the game.

The missed opportunities did not hurt the Bison, who put the game away with a three-touchdown fourth quarter.

Gentle’s 5-yard touchdown run capped a 12-play, 80-yard drive that gave NSM a 21-7 lead with 10:57 remaining. Gentle then scored on touchdown runs of 1 and 55 yards during the three minutes to seal it for the Bison.

NSM tied the school-record for wins with the victory, which moved Kirby into second on the NSM all-time coaching wins list. He is now 31-14 in four seasons as the head coach at his alma mater.

“We’re excited to wake up on Saturday still playing,” Kirby said. “These guys wanted to keep playing, so we’ll get to go at it another week.”