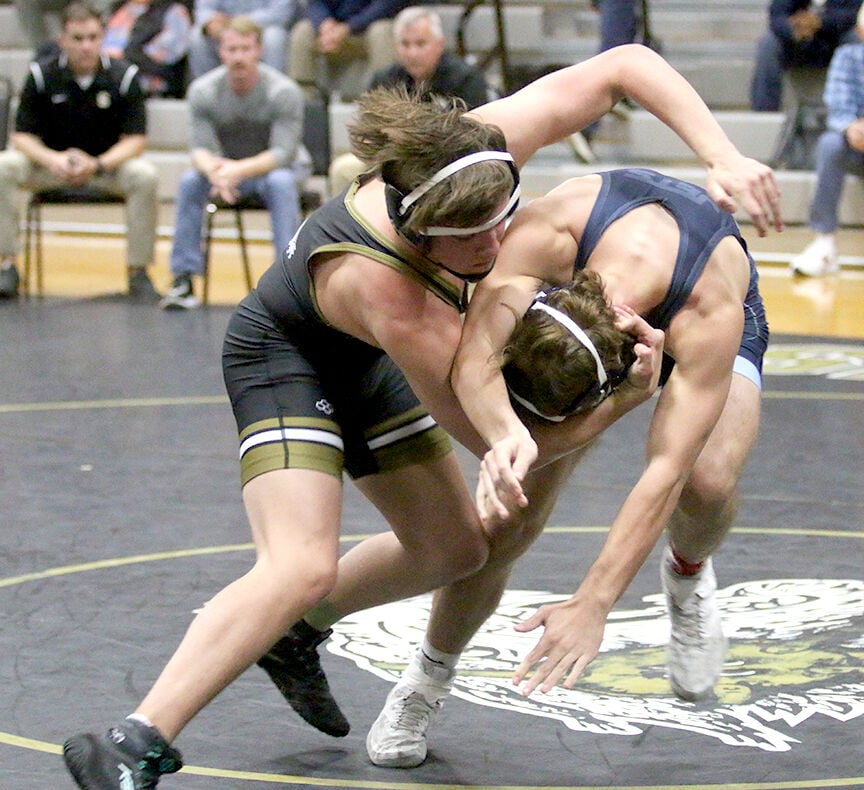 Scottsboro’s Aidan Goggans works for a takedown against James Clemens’ Bryce Baxter during his win in the 152-pound weight class match Tuesday night at Carter Gymnasium. 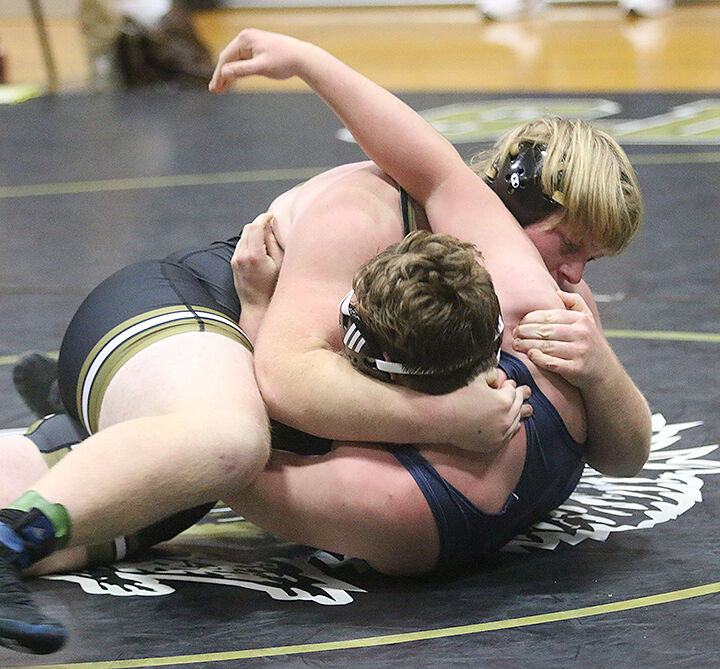 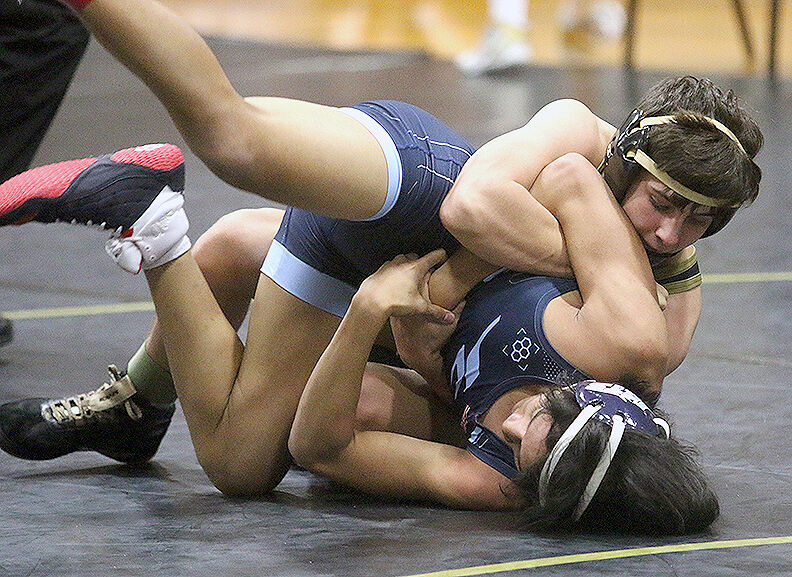 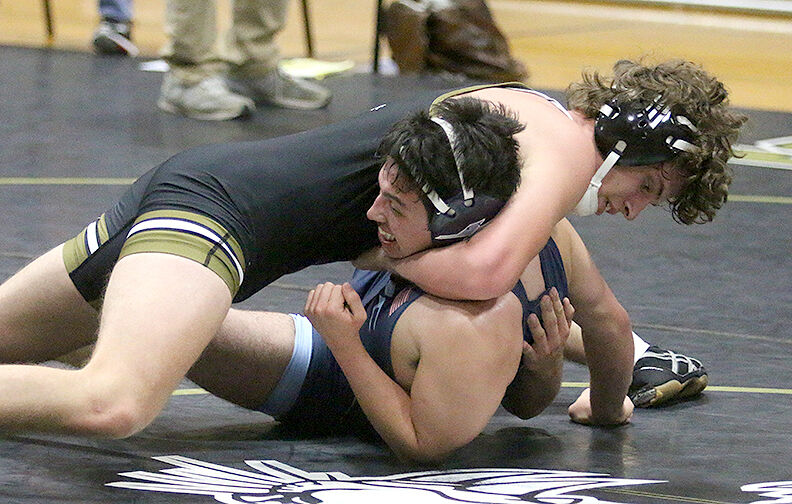 Scottsboro’s Nate Warren secures the leg of James Clemens’ Ryan Bland as he works for an eventual takedown during his win in the 220-pound weight class match Tuesday night at Carter Gymnasium.

The Scottsboro wrestling team started its 2021-22 season with a convincing victory.

Scottsboro won 10 of the 14 weight class matches on the way to defeating visiting James Clemens 55-21 in a dual at Carter Gymnasium Tuesday night.

“I’m excited with the way some of the young kids wrestled. They wrestled well. Hopefully we’ll continue to build on that, take some confidence from that and build on it,” Staton said. “(Scottsboro’s experienced wrestlers) were good to go. They were attacking and working for those takedowns, being aggressive and working for the fall. That was good to see.”

“(Pins) are the name of the game as far as winning these dual matches and duals tournaments,” Staton said. “That was good to see.”

Tuesday’s Scottsboro-James Clemens dual started with the 152-pound match, with Aidan Goggans notching a pin 1:17 into the opening period to give Scottsboro a 6-0 lead.

Scottsboro wrestled without 195-pounder Kolton Clark, who a third-place state finisher a year ago, due to an injury. Staton said Clark would likely be sideline until the early December.