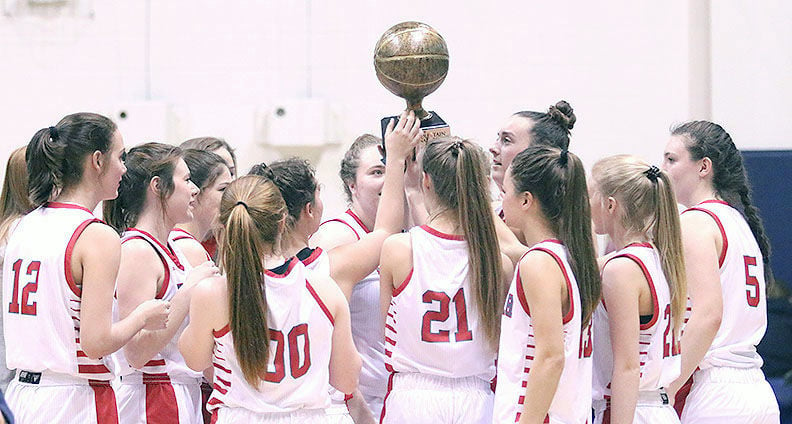 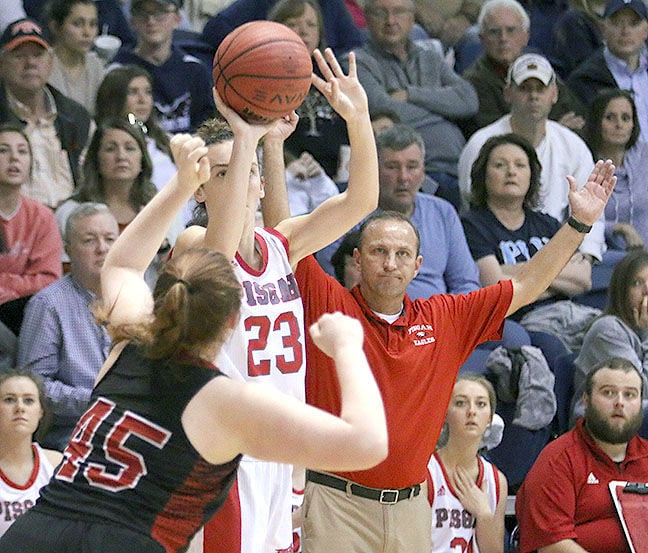 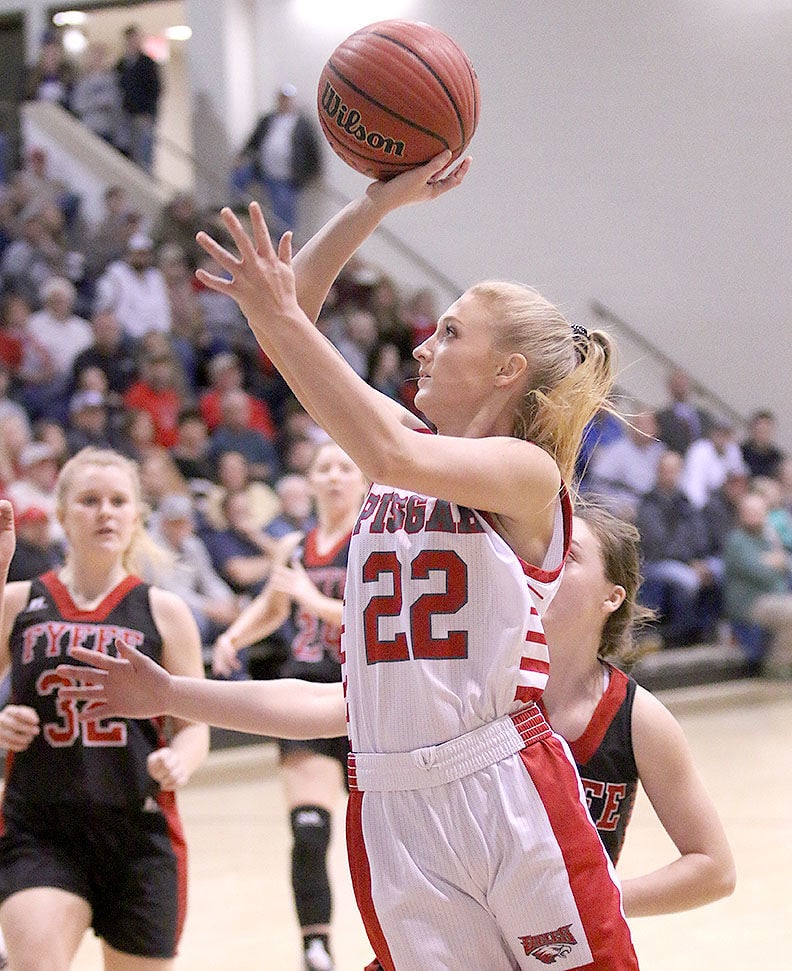 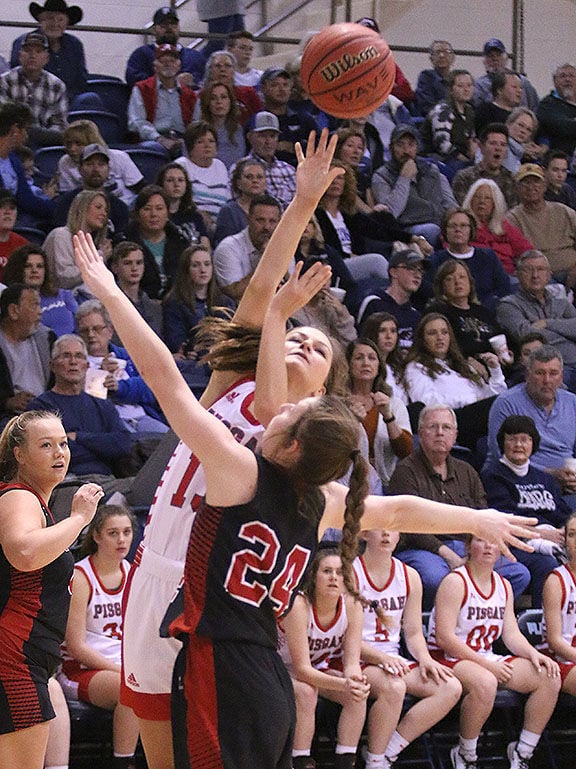 The first half of the Class 3A No. 1-ranked Pisgah varsity girls basketball team’s Sand Mountain Tournament championship game against 2A No. 8 Fyffe was like no other half Pisgah has played this season.

But the second half was like every other half the Eagles have played this season.

After foul trouble and offensive inconsistency contributed to the Eagles trailing at halftime for the first time this season, Pisgah took command in the third quarter and posted a 71-50 victory to claim its third straight Sand Mountain Tournament championship Saturday night at the DeKalb County Schools Coliseum in Rainsville.

“It is an honor to win,” said Pisgah head coach Carey Ellison, whose team won the title for the fifth time in six years thanks to wins over Crossville, Class 2A No. 7 Ider and 2A No. 8 Fyffe. “It’s a great tournament, one of the oldest in the state. Sometimes it’s hard because you play the same teams over and over season. Fortunately this year, we played three teams not on our schedule. It’s as close to a playoff atmosphere you can get. We played a great team in the finals. Happy to win.”

“Molly’s getting that knack of stepping up when we’ve got to have her, even when teams are trying to take her out of it of the game with their defense,” Ellison said.

Gracie Hicks scored 13 points and Marie Woodall added nine for second-seeded Fyffe (9-3), which was the tournament runner-up for a second straight season.

Pisgah closed the first quarter with a 7-0 scoring run to take a 20-12 lead, but foul trouble sent starters Womack, Hatfield and Tinker and sixth-man reserve Bella Bobo to the bench for the remainder of the half. Although Fyffe ultimately took a 31-30 halftime lead, Ellison said reserves York, Kennedy Barron (three rebounds and three steals), Shalyn Smith and Ashley Shrader came up big for the Eagles.

“It was our opportunity to finally face that type of adversity. Things weren’t going our way, struggled with some scoring. The challenge was who was going to step up. I was really proud of the girls that came in and just gave quality minutes. They didn’t have to do a lot, just be steady and contribute. A lot of great contributions -- I’m pretty excited about that.  (Starters) Molly and Madison really just held us together there when we were in so much foul trouble. We went in (at halftime) down one with three starters and the first sub hadn’t played but a few minutes, so I felt like if we could get off to fast start in the third quarter that we could get control.”

That fast start came in the form of back-to-back 3-pointers from Tinker and Heard on Pisgah’s first two possessions, and the Eagles took off from there. Pisgah then outscored the Red Devils 14-0 over the final 2:57 of the third quarter to carry a 55-36 advantage into the final frame. The Eagles led by as many as 27 points in the fourth quarter against last season’s Class 2A state runner-up.

“I’m really proud of how we handled that adversity,” Ellison said. “We didn’t get down, didn’t question, didn’t pout. People came in and made plays. That’s very encouraging.”

Plainview 81, Fyffe 74 —At Rainsville, the top-seeded and Class 3A No. 1-ranked Plainview rallied from a 14-point halftime deficit to become the first school to win four straight Sand Mountain Tournament varsity boys championships.