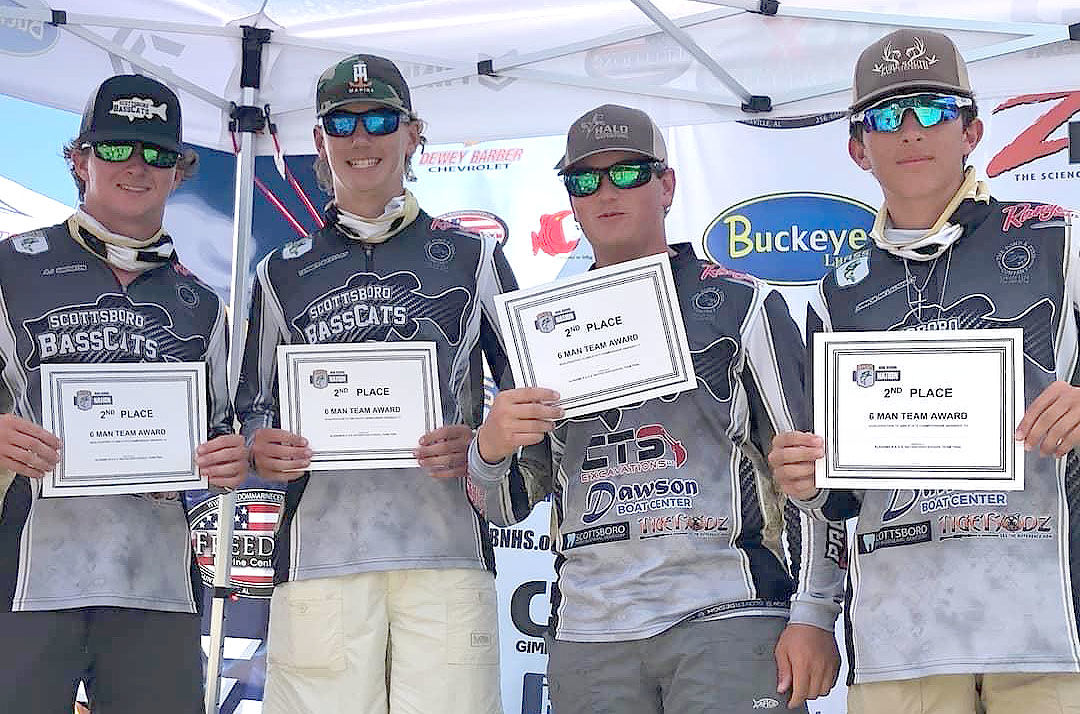 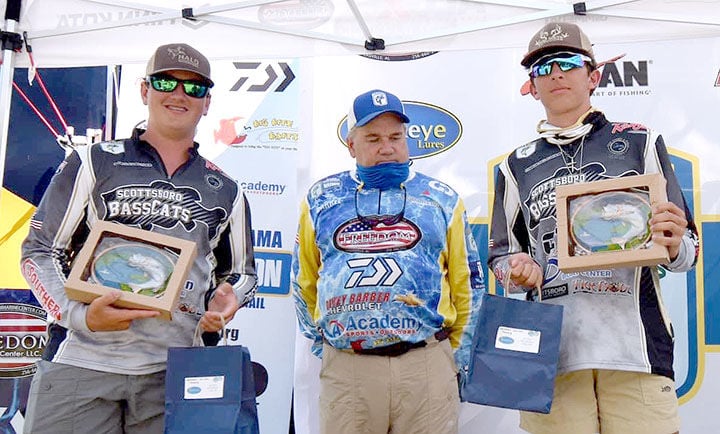 “I feel like it was another successful tournament for our guys,” said Scottsboro fishing coach Cully Nelson. “With our top-six man team finishing second overall that means our individual boats did very well. Summer fishing is tough, not only to catch fish, but from a physical and mental standpoint.”

The tournament, which was fished out of the Weiss Lake Ramp at Leesburg in Cherokee County, featured a three-fish limit.

Butler and McLaughlin continue to battle Harris and Bearden for the Tide Division’s Anglers of the Year title. Butler and McLaughlin led by one point entering the Weiss Lake Tournament, but now trail by one point, 894-893 heading into the Alabama Bass Nation High School Fishing Trail’s 2020 Alabama State Championship Tournament July 24-25 on Lake Guntersville, which will be fished out of Goose Pond Colony in Scottsboro.

Scottsboro’s Kolby Clark and Landon Grider claimed the Weiss Lake Tournament’s Big Fish Award with a 4.62-pounder. Butler and McLaughlin were fifth in the Big Fish Award standings with a 3.92-pound bass.

“Now we are looking forward to the State Championship here at Goose Pond,” Nelson said, “where we have eight boats qualified.”