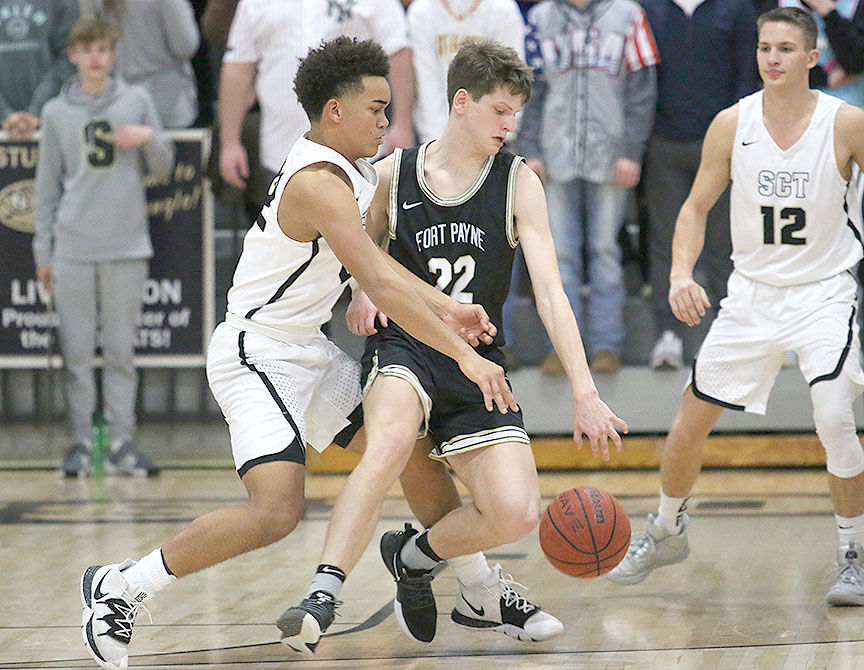 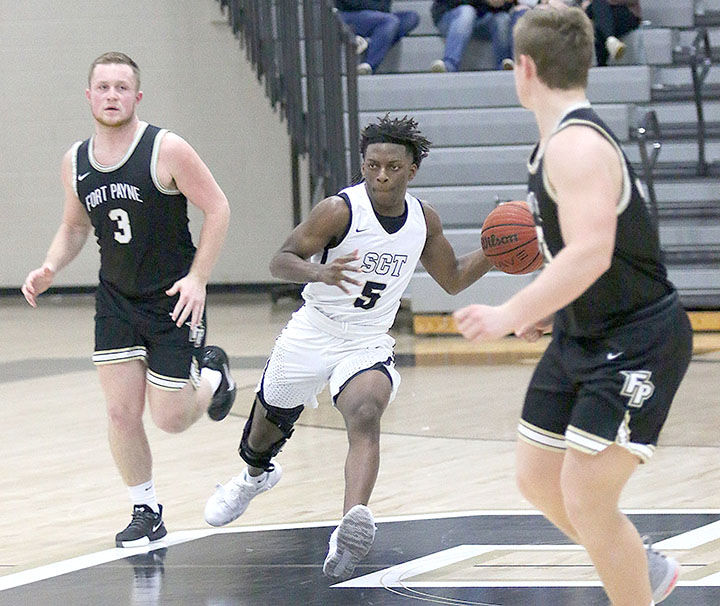 B.J. Harris (5) zips a bounce pass from half-court up ahead to teammate Parker Bell for a layup early in the third quarter of Scottsboro's 69-53 win over rival Fort Payne Friday night at Hambrick Hall. 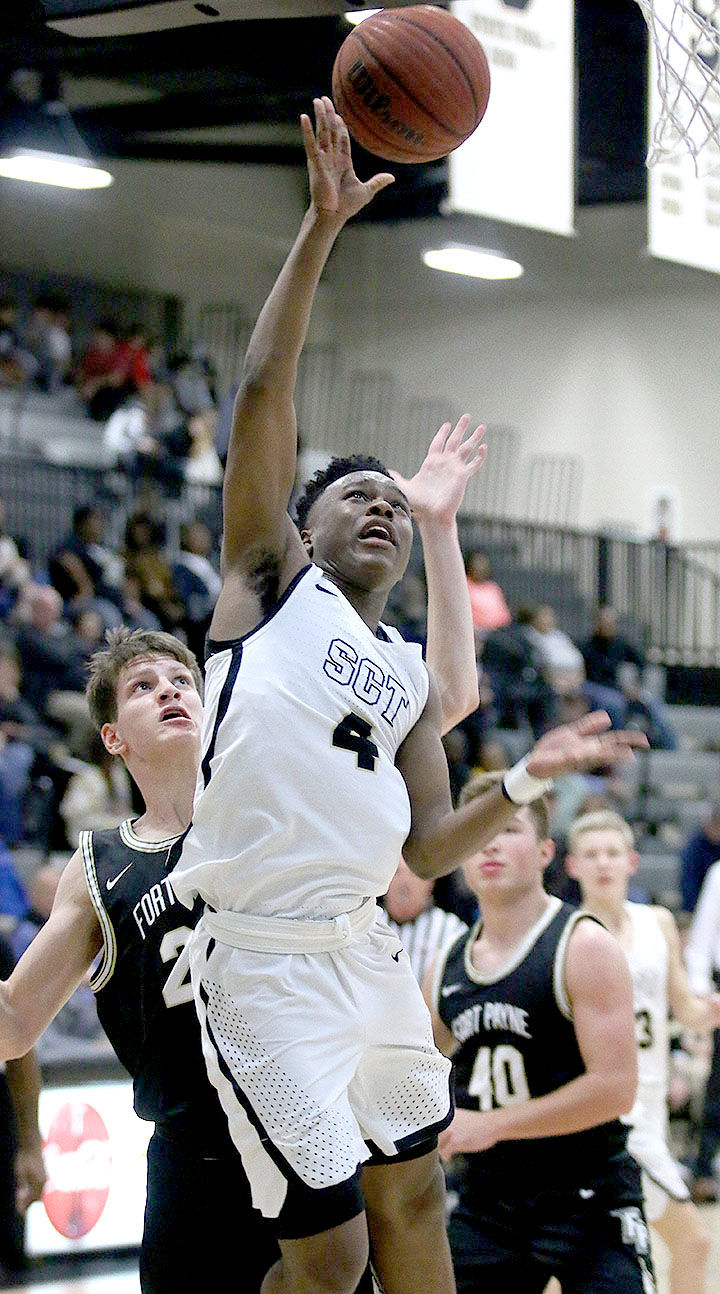 JaVaris Branford (4) slips past Fort Payne's Lane White (back left) for a layup during Scottsboro's 69-53 win.

B.J. Harris (5) zips a bounce pass from half-court up ahead to teammate Parker Bell for a layup early in the third quarter of Scottsboro's 69-53 win over rival Fort Payne Friday night at Hambrick Hall.

JaVaris Branford (4) slips past Fort Payne's Lane White (back left) for a layup during Scottsboro's 69-53 win.

The Scottsboro varsity boys basketball team proved to be the TopCat Friday night.

The Scottsboro Wildcats outscored the Fort Payne Wildcats 17-7 in the second quarter to build a double-digit lead they never relinquished during a 69-53 win at Hambrick Hall.

Scottsboro (14-10) won its third straight game while winning the first meeting of the season between the teams. The rematch is Jan. 27 at Fort Payne.

“Good win for us,” said Scottsboro head coach Kenny Hill, who picked up his 150th career coaching victory. “They make us play certain personnel because they got five guys that can shoot it, take it to the hole and do different things. You just have to put speed on speed.  I thought we played a really good the first half. The second half, we did enough to keep the victory.”

Butler Bell made five 3-pointers and scored a game-high 21 points for Scottsboro. B.J. Harris netted 13 for the Wildcats while Jordan Davis had 10, JaVaris Branford and Parker Bell had seven each and Dylan Fairbanks had five.

Scottsboro took a quick 8-2 lead and was in front 14-9 after one quarter. Scottsboro took control however with an 11-0 scoring run early in the second quarter. The run started with Butler Bell’s third 3-pointer of the first half and included buckets from Branford, Parker Bell, Jacob Cooper and Tyson Sexton. Scottsboro led by as many as 17 during the frame before leading 31-16 at halftime.

Scottsboro then opened the third quarter with back-to-back treys from the Bell brothers, Butler and Parker, and Parker Bell’s layup that was set up Harris’ needle-threading bounce pass through traffic from half-court for a 39-16 lead. Scottsboro lead 51-34 after three quarters and Fort Payne never got closer than 14 points the rest of the way.

“We’ve been spending a lot of time on the offensive end,” Hill said. “If you look back at the month of December, we had at least two or three games we didn’t get out of the 30s (points wise) and several in the 40s. Lately we’ve been scoring in the 60s and 70s. It takes a lot of pressure off your defense when you do that.”