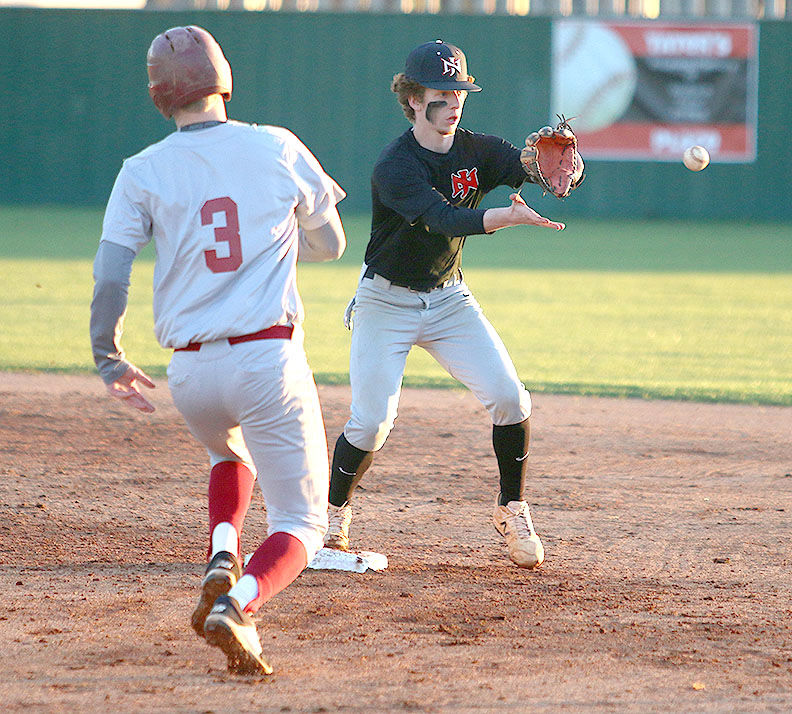 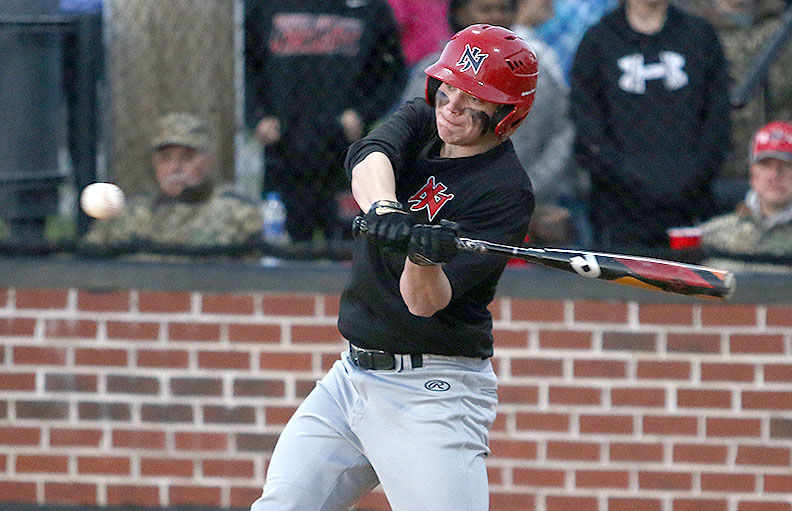 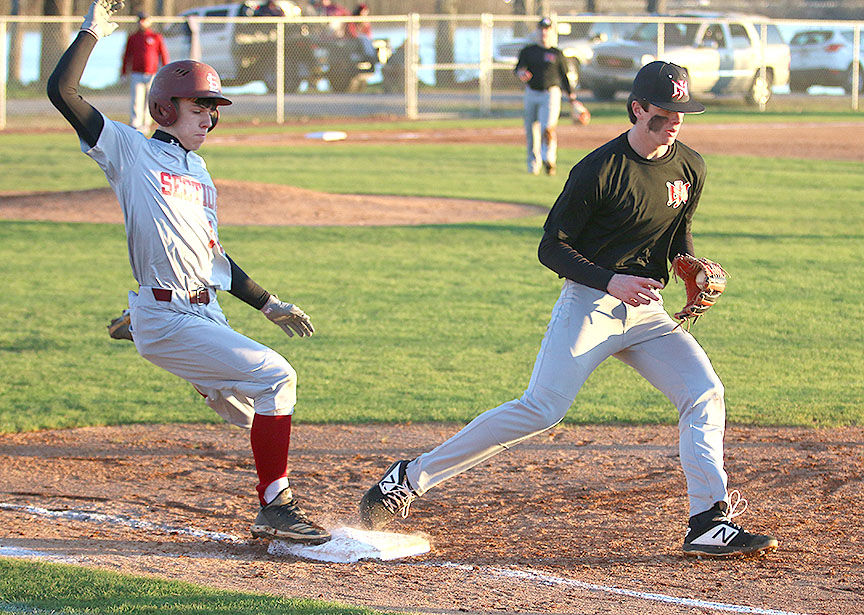 North Jackson pitcher Dalton Morris just beats Section's Jonathan Carroll to the first base bag for an out during the teams' game Friday in Stevenson. 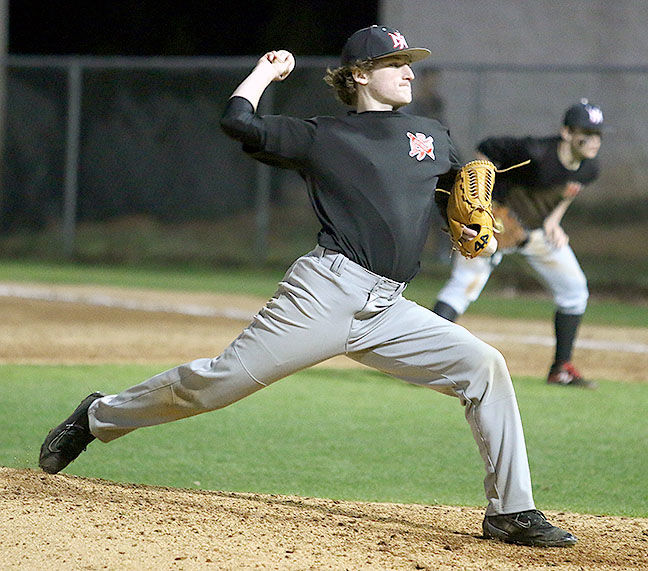 Tyler Henninger was one of five North Jackson pitchers who combined to pitch a no-hitter during a win over Section.

North Jackson pitcher Dalton Morris just beats Section's Jonathan Carroll to the first base bag for an out during the teams' game Friday in Stevenson.

Tyler Henninger was one of five North Jackson pitchers who combined to pitch a no-hitter during a win over Section.

After dropping a pair of games to large-school opponents Guntersville and Athens to start the season North Jackson baseball coach Cole Porter hoped to see his young Chiefs bounce back during their home opener.

The coach got his wish Friday night.

Five North Jackson pitchers combined on a no-hitter while Chief batters came through in some key spots during a 10-0, five-inning mercy-rule shortened win over Section at Stevenson Park.

Porter called the performance as an all-around strong effort.

“We were hoping to build a little confidence and get the first win of the season and we did,” Porter said.

“Our pitchers threw well,” Porter said. “Coach (Jacob) Croft is doing a great job with them. They’re getting better each time out. I thought we played good defense (behind them) We compete well defensively.”

North Jackson pushed across four runs in the bottom of the first before adding two more in the second and four in the fourth.

Landon Barnes’, two-out, two-run single plated Poole (reached on an error) and Jayden Eakin, who was courtesy running for Jody Moore after he singled, for North Jackson’s first runs of the game. Barnes ultimately scored on a dropped third strike while Dalton Morris drew an RBI walk that drove in Carson Smith (walk).

The lead grew to 6-0 in the second when Smith plated Poole (infield single) with an RBI groundout and Eakin, running after Moore was hit by a pitch, stole home on a double-steal after the initial throw went to second base to try to get Smith.

In the fourth, Poole reached on a fielder’s choice, Moore was hit by a pitch and Barnes walked to load the bases with one out. Smith’s RBI groundout plated Poole and Ray Ray Sanders followed with a two-run double. Macklin Guess then singled home Barnes for a 10-0 lead.

Poole and Guess both finished with two hits each for North Jackson while Moore, Barnes, Smith, Sanders, Morris and Matt Adams had one each. Barnes, Smith and Sanders had two RBIs each while Guess and Morris had one apiece.

“I liked the way we competed at the plate,” Porte said. “We only had two strikeouts. That’s all we’ve worked on this week (was) our two-strike approach.