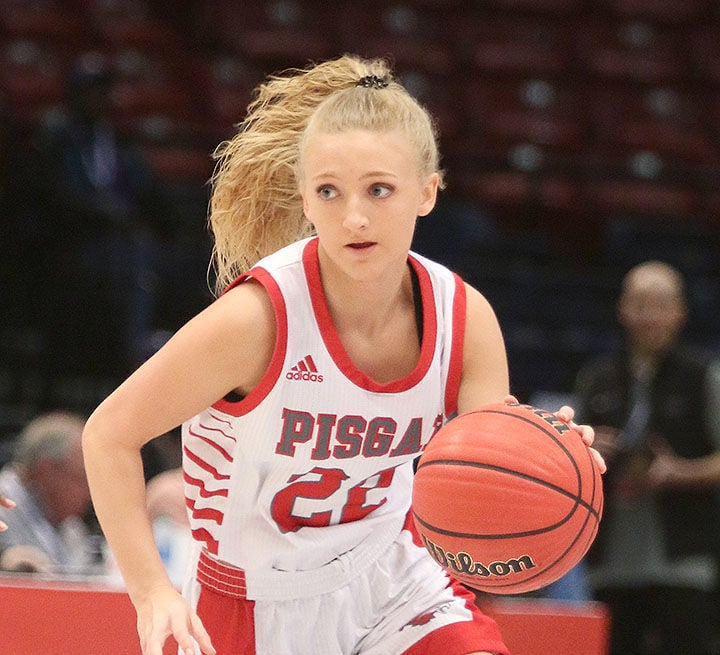 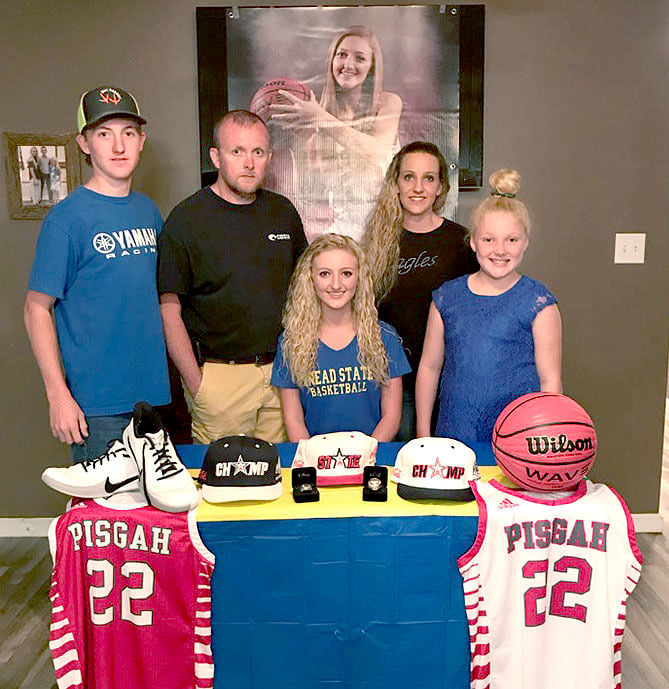 Madison Myers thought her basketball career was over.

“He had asked (Pisgah) coach (Carey) Ellison about me. He said him and Coach E had the same style (of play),” Myers said. “We talked about it and he offered me and I took it. I thought I was done with basketball. I’m excited to keep playing.”

Myers officially signed her letter of intent with Snead State Community College of Boaz recently during an in-home ceremony because of the COVID-19 (coronavirus) pandemic.

“I’m glad she’s getting the opportunity,” Ellison said. “Madison has really worked hard on her craft over the years. She has really good vision, sees the court, is a good passer and good ballhandler. She knows the game and has good instincts. That’s going to benefit her and benefit Snead.”

After helping Pisgah win Class 3A state championships during her sophomore and junior seasons as a key reserve, Myers moved into the starting point guard spot this past season and helped Pisgah become just the 10th girls basketball program to win three straight AHSAA state titles.

Myers, who plans to major in nursing, will play a role in Shield’s attempt to turn around a Snead State program that won just 11 games last season.

“(Shields) talked about his plans, how he wants to change basketball there to be one of the best programs,” Myers said of Shields, who posted a 495-196 record in 23 seasons as the varsity girls basketball coach Cherokee County (1994-2004) and Hokes Bluff (2009-20) high schools. “I know it’s going to be a challenge playing in college, but I’m excited about it. I going to work to keep getting better.”