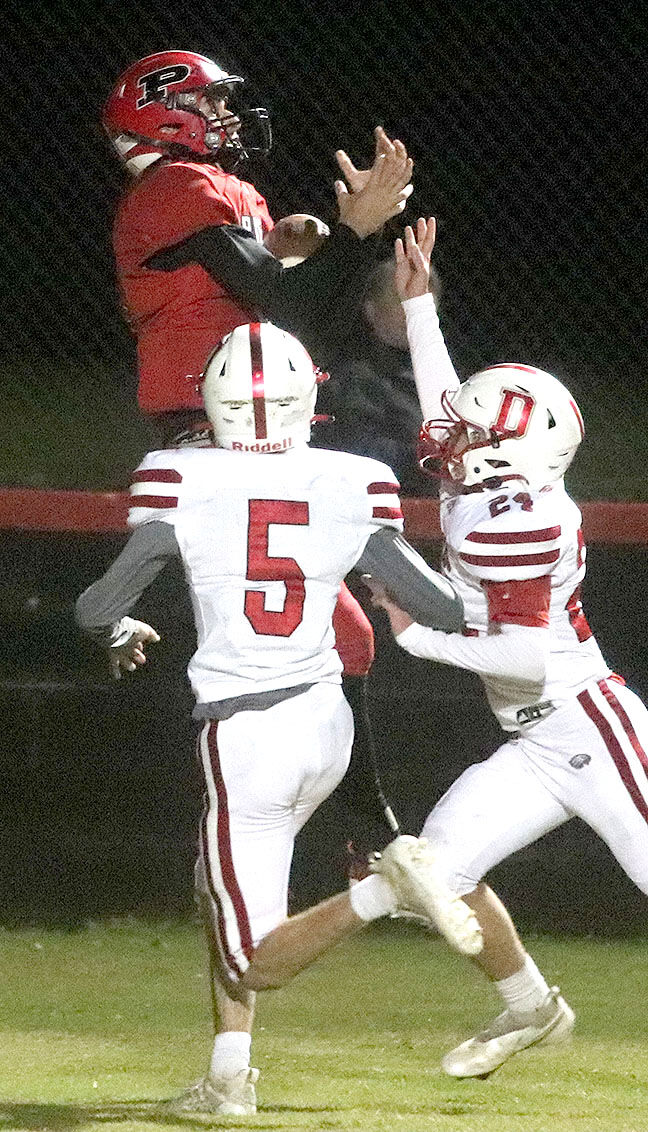 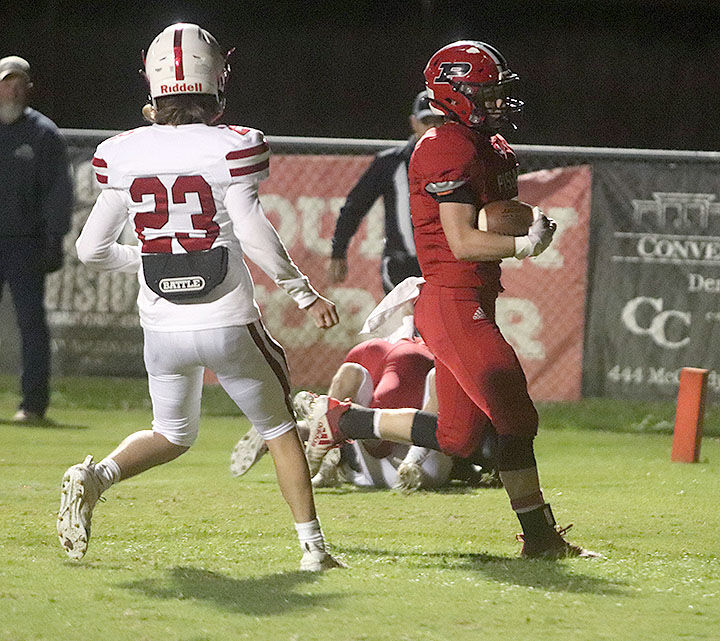 A young Pisgah football team got a win to grow on Friday night.

Parker Law’s 1-yard touchdown run midway through the fourth quarter led the Class 2A Eagles to a 21-14 victory over 5A Douglas in their season finale at Sam Kenimer Stadium in Pisgah.

The win was a great boost for a Pisgah team that had just three seniors and a few juniors play Friday night and is comprised of mostly freshmen and sophomores, said head coach Luke Pruitt.

“First of all, I’m proud for our seniors. They may have played their best football games. (Seniors) James Cummings, Dallen Griffis and Tanner Higdon played really well on the defensive front and on the offensive line,” Pruitt said. “Secondly, it’s a great way to go into the offseason. Gives us some momentum going into the offseason. Really proud of the kids.”

Pisgah (3-7) improved to 3-0 all-time against Douglas. Friday’s game was the first meeting between the schools since 1979.

Pisgah jumped out to a quick lead. The Eagles turned a high snap on a Douglas punt into a Fox Tinker 6-yard touchdown run with 3:35 left in the first quarter before pushing the lead to 14-0 early in the second quarter when Law went over two Douglas defenders to catch a 28-yard touchdown pass from Mason Holcomb on fourth-and-22.

Douglas (3-7) countered with a 46-yard touchdown run by Dakota Stewart — he ran for 87 yards on the night — and Eli Teal’s 34-yard touchdown pass to Logan Puckett to send the game to halftime tied at 14-all.

Early in the fourth quarter, Pisgah missed a 39-yard field goal, but Douglas fumbled two plays later and J.D. Martin recovered it to set the Eagles up at the Douglas 24-yard line. Holcomb found Law for 11 yards on second down, and after runs of 4 and 5 yards by Tinker and 6 and 2 yards by Law, Law punched it in from 1 yard out for the go-ahead score. The third of John Burke’s PATs made it 21-14 with 6:44 remaining.

Douglas mounted its best drive of the second half on the ensuing possession, reaching the Pisgah 49-yard line before Pisgah’s Levi Arnold ended the drive with an interception. The Eagles then ran the final 4:17 off the clock to seal the win.

“The defense played really well in the second half, set us up a couple of times,” Pruitt said. “We were able to score and then we were able to run it out there at the end. We took a knee on the (Douglas) 4. Great job by the O-line.”

Tinker finished with 97 yards rushing for Pisgah while Law ran for 74.

Although the Pisgah saw its share of growing pains in 2020, Pruitt said the Eagles are on the right track.

“Our kids continued to fight all year. They never quit,” he said. “That shows we’re headed in the right direction.”