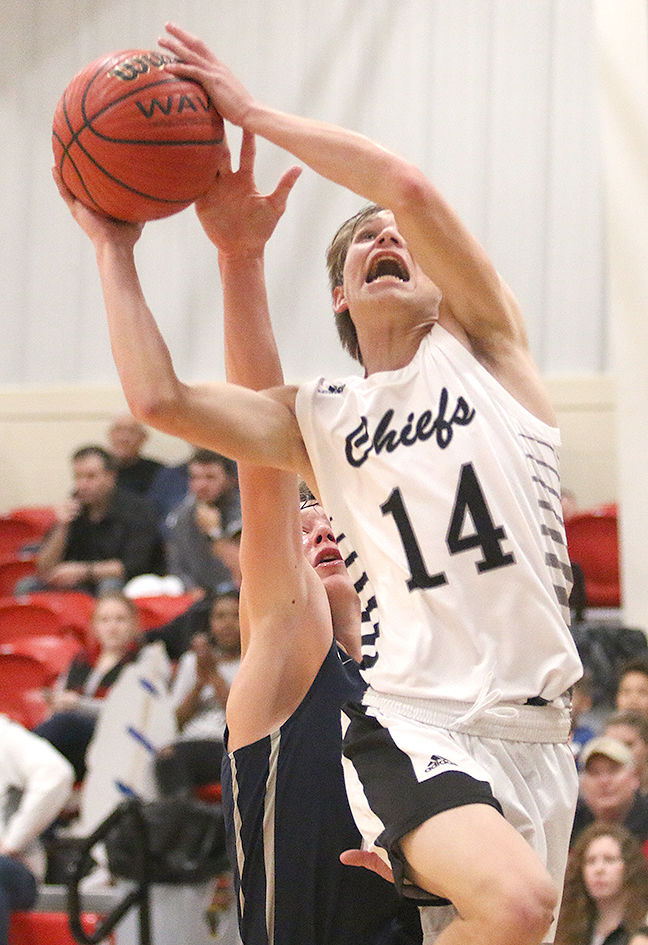 Brady Cunningham goes in for a layup after getting a steal during North Jackson's 83-63 Class 4A Area 14 win over DAR. 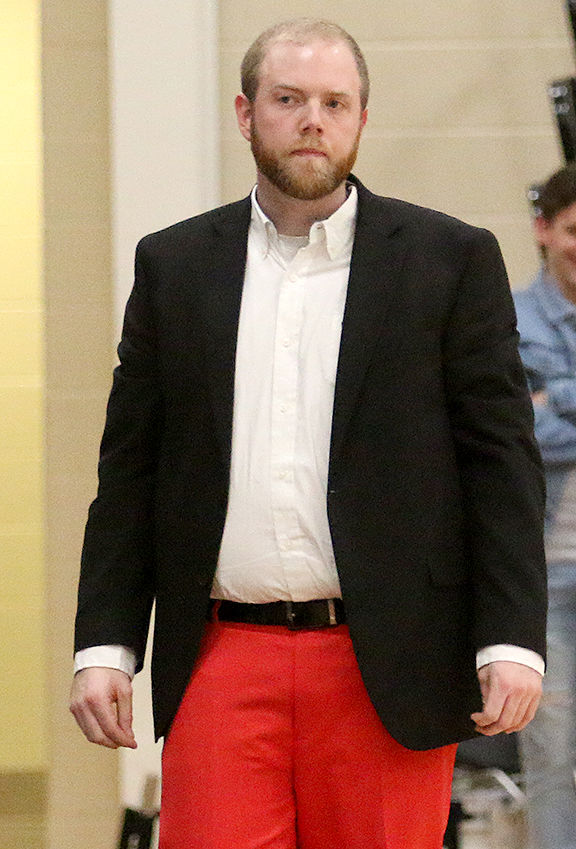 Head coach Zac Barringer has North Jackson off to a 9-2 start to the season. 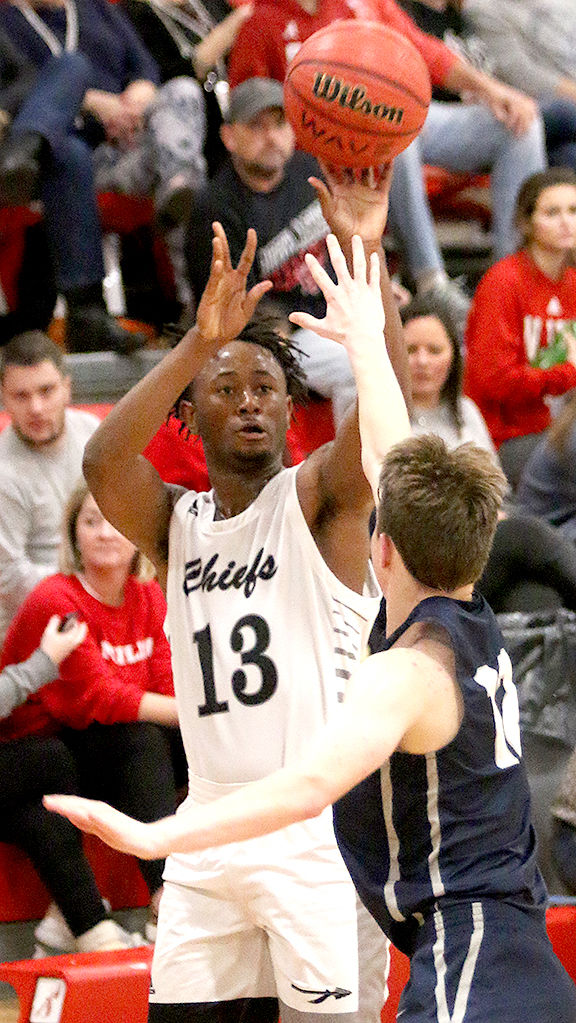 Tyrus Jackson sinks a 3-pointer over a DAR defender for three of 21 points during North Jackson's 83-73 Class 4A Area 14 win Friday night.

Brady Cunningham goes in for a layup after getting a steal during North Jackson's 83-63 Class 4A Area 14 win over DAR.

Head coach Zac Barringer has North Jackson off to a 9-2 start to the season.

Tyrus Jackson sinks a 3-pointer over a DAR defender for three of 21 points during North Jackson's 83-73 Class 4A Area 14 win Friday night.

Four times during his coaching career, Zac Barringer packed a pair of red slacks and carried them with him to a game that night.

All four times, he “chickened out.”

But Friday night, with his North Jackson varsity boys basketball team set for a showdown with rival DAR, Barringer finally summoned the courage to wear them.

So is North Jackson in area play.

The Chiefs stormed out to a big early lead and held off every DAR surge on the way to an important Class 4A Area 14 victory Friday night at North Jackson High School in Stevenson.

North Jackson (9-2, 1-0) took an early lead in the area standings by holding serve at home, something Barringer said was a must in the three-team area that also includes Randolph.

“In a three-team area, if you get to host the (area) tournament you’re automatically in the sub-regionals,” Barringer said. “So you’ve got to win your home games and then try to win on the road. We took care of business at home, so we get to control our destiny now. If we’d lost, we’d been behind the eight-ball. We won, so were in the driver’s seat right now.”

North Jackson raced in front 19-9 after one quarter, taking a double-digit lead on the first of Gill’s six 3-pointers. The Chiefs, who hit 14 3-pointers in all, then scored the first seven points of the second quarter on Cunningham’s steal and layup, Jackson’s low-post basket and one of his four 3-pointers to take a 26-9 advantage.

DAR closed the first half by outscoring the Chiefs 21-8 to pull within 34-30 at halftime, but North Jackson pushed its advantage back into double figures midway through the third quarter and led 58-45 entering the fourth. The Chiefs’ advantage grew to 70-53 after another Jackson 3-pointer with 5:18 remaining. DAR made one final run, cutting North Jackson’s lead to 78-73 with 30.8 seconds left. After Jackson hit a free throw on the Chiefs’ ensuing possession, Gill came up with a steal at mid-court and raced in for the one-handed slam with 12 seconds left to seal the win.

“(DAR is) a good team, one of the toughest teams on our schedule,” Barringer said. “We stepped up and made plays. We adjusted our game plan a little bit (at halftime) and threw something else at them. We had to rebound against them, and we did for the most part. When we had to have them, we got (defensive) stops. We hit a bunch (of 3-pointers). Our guys were clutch. The guys did whatever they had to do to win.”