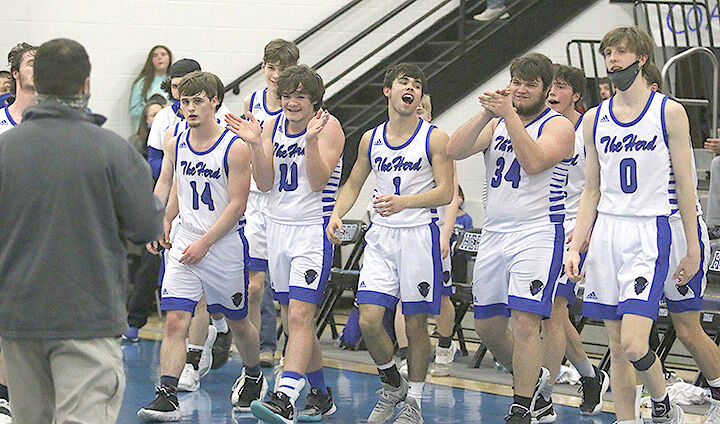 NSM players walk excitedly to mid-court to get the Class 2A Area 15 Tournament championship trophy after defeating Section in the area championship game. 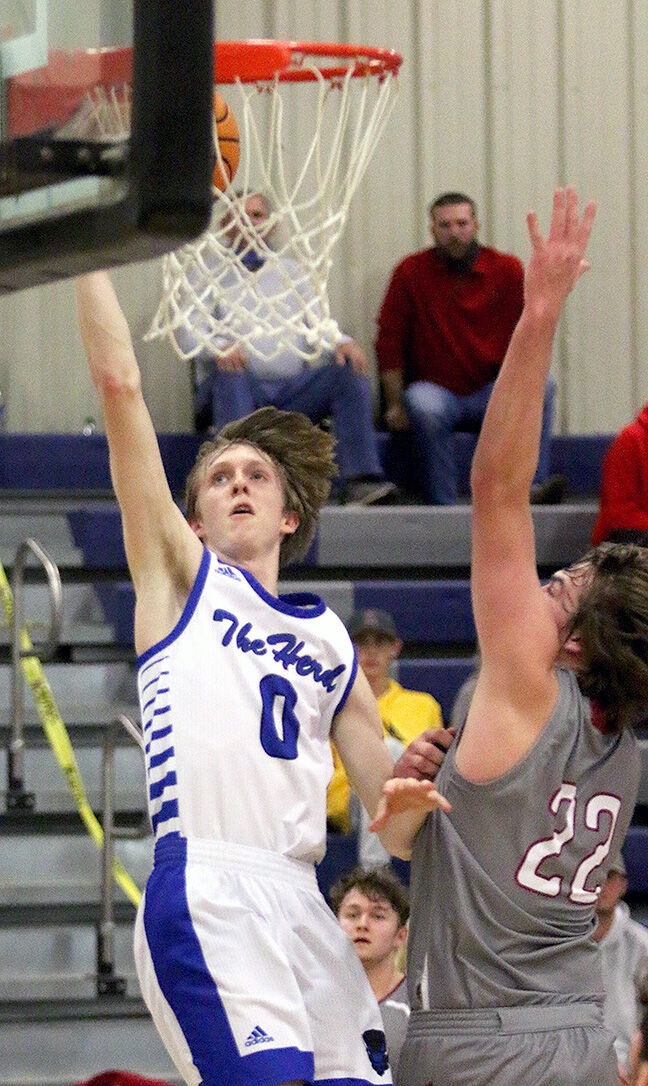 Russ Marr (0) gets past Section's Jacob Cooper for two of his 36 points in NSM's Class 2A Area 15 Tournament title game win. 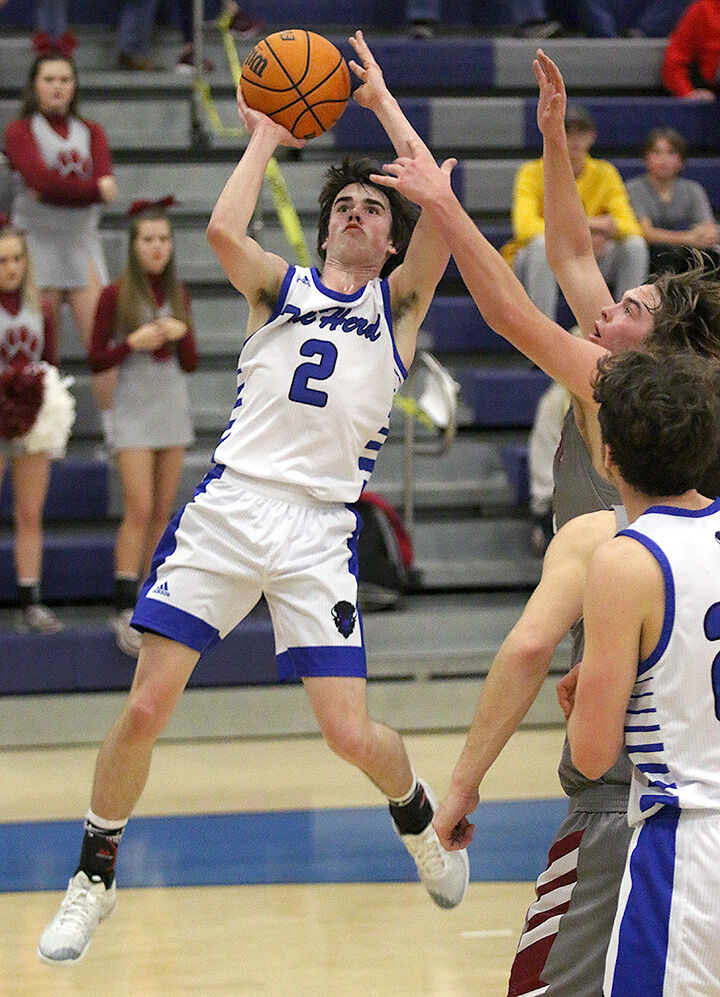 Luke Maples shoots for two of his 25 points during NSM's Class 2A Area 15 Tournament victory over Section.

NSM players walk excitedly to mid-court to get the Class 2A Area 15 Tournament championship trophy after defeating Section in the area championship game.

Russ Marr (0) gets past Section's Jacob Cooper for two of his 36 points in NSM's Class 2A Area 15 Tournament title game win.

Luke Maples shoots for two of his 25 points during NSM's Class 2A Area 15 Tournament victory over Section.

Teams that have beaten or went to the wire with North Sand Mountain this season have survived the second quarter against the fast-paced, high-scoring Bison.

Section was a 1:50 from doing that in the Class 2A Area 15 Tournament championship game. But then came a patented NSM scoring run, and an area championship followed.

The top-seeded and No. 2-ranked Bison ended the first half with a 14-0 run to break open a tight game on the way to posting a 106-74 win over second-seeded and No. 6 Section Saturday night at North Sand Mountain High School in Higdon.

It was NSM’s fourth win over the Lions this season — and the most decisive. After the Bison scored the first six points of the second half to extend their lead to 20, Section never got closer than 18 the rest of the way.

“We made some shots, got a couple of easy buckets that got us going and we went on a little run,” said NSM head coach Cole Hicks. “It gave us momentum.”

The Bison were scheduled to host No. 9 Spring Garden in a Class 2A Northeast Sub-regional contest Tuesday night. Meanwhile, Section (19-13) was set to travel to play No. 4 Sand Rock.

NSM hit the 100-point mark for the ninth time this season.

Russ Marr scored a game-high 36 points for NSM, including 27 in the first half. Luke Maples scored 25 points for the Bison while Derek Bearden had 16, Chandler Sullivan nine, Drue Carlton eight and Kaleb Helton six.

“Shooting is contagious. When you’re making shots, everybody gets to playing better,” Hicks said. “(Marr, Maples and Bearden), those three are special. Those three guys that can light it up. But our other guys are making big shots and they’re doing their jobs, what we need them to do. They know their roles and what we need from them. All our guys are happy for each when they score, or they get a rebound, or an assist or they get a steal. They’re not selfish and that’s what it takes.”

Logan Patterson led Section with 18 points and Jacob Cooper netted 13 while Dominik Blair had 10, Alex Guinn had nine, Kaden Bradford had eight and Gabe Hilley and Blake Henry had five each.

NSM led 28-19 after one quarter, but Section pulled to within 42-41 on Cooper’s 3-pointer with 2:15 remaining in the second quarter. But the Bison countered 25 seconds later with a Marr trey that started NSM’s first-half closing 14-0 run. Marr was fouled while shooting a 3-pointer and made all three free throws on NSM’s ensuing possession before hitting a layup after a rebound and long look-ahead pass from Carlton. Maples then drilled a 3-pointer off an assist from Marr in transition, and after a Maples steal, Marr swished another trey to end the run and send NSM to halftime with a 56-41 advantage.

“We played right into their hands,” said Section head coach Derek Wynn. “They got us going fast. That’s what they want. We wouldn’t realize it. We were taking the first shot we got, missed it, and they scored. We shot ourselves right out of this game.”

Maples then scored 15 third-quarter points as NSM held Section at bay and carried an 86-65 lead into the final period. The Bison reached the 100-point mark on Sullivan’s free throw with 2:02 remaining.