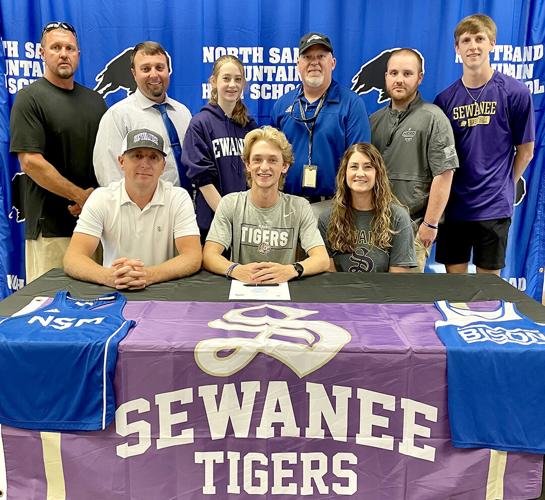 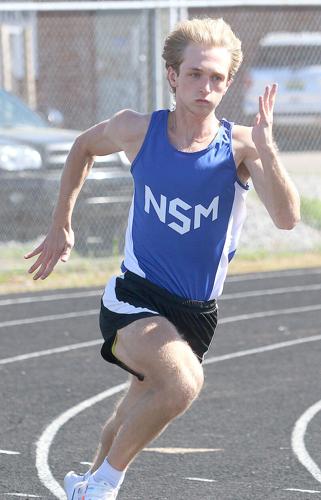 But it wasn’t until a phone call in April 2021 that he realized they were better than he thought.

Gamble received his first college offer during that phone call with Centre College of Danville, Kentucky.

“I thought my times were good, but I didn’t think they were good enough for college until (Centre) called.”

Gamble said that motivated him to improve his times even more and he ultimately received three more offers Sewanee (Tennessee) and Alabama schools Huntingdon and Birmingham-Southern before recently signing with Sewanee to compete in both cross country and track and field.

Gamble said his decision came down to Sewanee and Centre, but he chose the Sewanee in part because it was closer to home.

“A friend of mine, Russ Marr, he told me all the good things about (Sewanee),” Gamble said of Marr, a 2021 NSM graduate who plays basketball at Sewanee.

Gamble is NSM’s first ever cross country/track and field signee.

“Without question Lane has elevated our programs. He has opened the door for future signees and given inspiration to current and future NSM athletes,” said NSM track and field head coach Scott Hall. “Fairly early in Lane’s track career, excelling as a runner became important to him. He worked extremely hard for years and formed himself into a collegiate runner.”

“Lane is an exceptional young man,” said NSM cross country head coach Colby Palmer. “He is self-driven and refuses to except anything less than being the best he can be.”

Gamble was the 2021 Jackson County Cross Country Champion and qualified for the state meet in each of his high school seasons. He also was multi-event state qualifier in track and field, and won Jackson County championships in the 200-meter dash this past season and the 3200-meter run in 2021.

“I’d say my (high school career) was spontaneous and driven,” he said. “I never thought I’d do this (beyond high school). I enjoyed every minute of it.”

Gamble said he will run sprints, distance and mid-distance races for the Sewanee Track and Field team. He is currently spending his summer getting ready for cross country this fall.

“The difference in the training is an adjustment but I’m getting used to it,” said Gamble, who plans to pursue a degree in chemistry and ultimately become a pharmacist. “I’m doing a strict training with timed runs, mileage runs, strength training. It’s different but I’m enjoying it.”